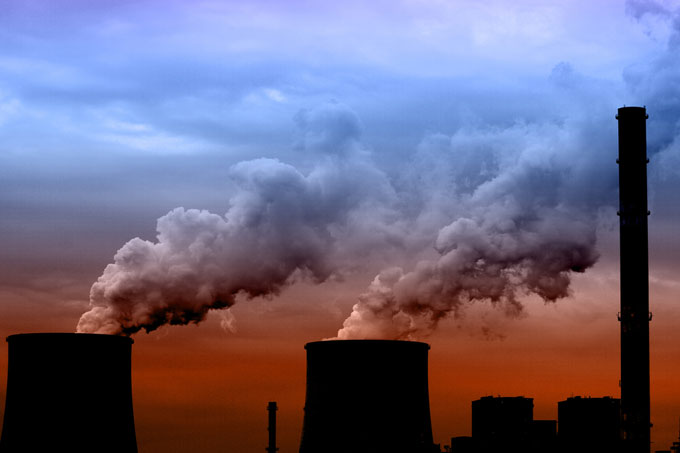 Dr Gregg McIntosh, School of Human and Life Sciences, looks at a possible link between air pollution and Alzheimer’s

Air pollution is a major concern in our increasingly urban societies. Indeed, the World Health Organisation estimates some 50,000 deaths in the UK are linked to polluted air. Until now, researchers have looked at how the pollution might affect the heart and lungs. However, a new study has suggested that some of the polluting particles might actually be reaching the brain.

What the researchers found was a high concentration of ultra-fine, spherical particles of magnetite in brain tissue samples, which was noteworthy for two reasons. Firstly, magnetite – a strongly magnetic form of iron oxide – has already been linked with Alzheimer’s disease, which is the most common cause of irreversible dementia in older people. Secondly, and crucially for the researchers, the magnetite was predominantly spherical in shape.

Magnetite formed through biological processes tends to be more angular in shape, whereas spherical particles form through high temperature processes such as the combustion of fossil fuels. So the inference is that the spherical particles in the brain have somehow accumulated there after breathing polluted air.

We already know that magnetic particles are emitted by power stations, vehicles and other industrial sources. They include combustion spherules and angular particles produced by wear and tear and they range in size from nanometres to many tens of microns. To put this in context, a human hair is about 50 microns thick and 5000 times the width of a nanometric particle.

Here at Canterbury Christ Church University we exploit these particles to develop magnetic maps of pollution and to identify different pollution sources and hotspots. What our studies show, and those of fellow researchers, is that magnetic particles are widespread in the air that we breathe. This is especially so of the ultra-fine combustion spherules.

The fact that these spherules are so small, less than a few hundred nanometres across, means that they can enter the lungs, cross into the bloodstream and perhaps pass into the frontal cortex of the brain. This means that some kind of mechanism to transfer the particles from the respiratory system to the brain can be envisioned.

So should we be worried? As yet, there is no proven link between these magnetite spherules and Alzheimer’s and other neurodegenerative diseases. However, they are the same size as the magnetite particles that have been linked with Alzheimer’s and they accumulate in the brain. The fact that magnetite spherules seem to be ubiquitous in the air that we breathe means that we should certainly be looking to see if such links exist.