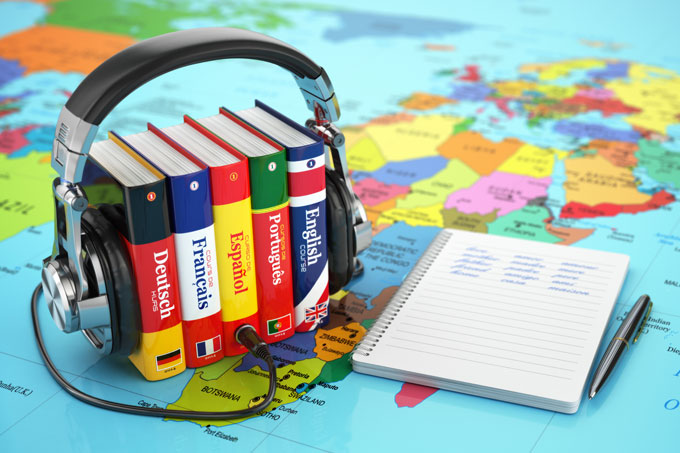 A recent report by the Higher Education Policy Institute (HEPI) has announced a crisis in language learning in the UK. The report, published in January 2020, is noteworthy because, unlike other HEPI reports, it treats a single discipline.

The reason for this choice is not just the serious decline in the study of foreign languages: the situation appears in fact to be going from poor to worse. Only 32 % of 16-to-30-year olds in the UK currently say they are ‘confident’ reading and writing in another language. The EU average is 89%, with many speaking three or four languages well. Definitions of ‘confident’ doubtless vary, but this trend is worrying, the report says:

“The trend towards overlooking subjects which teach us to analyse the human condition and empathise with others is dangerous.”

Many feel that the problems starts with schools. A labour government removed the compulsory study of additional languages at GCSE in 2004. And certainly, education in languages has long been a problem, with sporadic teaching, dubious curriculum choices and, speaking from experience teaching French in secondary, further and higher education, examining practices that reflect a desire for expediency rather than efficacy, appropriacy or relevance. I can still remember being asked by my mentor to teach anglicised pronunciation as a novice French teacher.

More important, though, is the misrepresentation of languages generally as a tool for enhancing trade and employability. It’s perfectly true, of course, that speaking a foreign language can enhance one’s credibility in the global marketplace; collaborators will not just take you more seriously but actually seek you out if you are able to communicate effectively.

But being able to communicate effectively means more, much more, than being able to buy a baguette, book a Calabrian hotel room or regurgitate a rote-learned commentary on the history of glühwein. The promotion of languages must go well beyond the idea that they serve essentially as a means of transacting business. If you want a business relationship, to understand a foreign market or negotiate a contract, you will need to feel far more than just ‘confident’ or ‘fluent’ in a foreign language; you’ll need to be able to understand others as people and also express yourself as a rounded human being with the kind of broad cultural understanding that can only come from a rounded education.

If we want commercial success, and the impact of this ideology on our shared resources so far is increasingly open to question, it’s high time we stopped using our education system as a means of delivering bitesize chunks of quasi-knowledge to young people whose future lies exclusively in their potential as taxpayers. Languages, ancient and modern, offer one of the best ways of developing the skills and knowledge that as humans we prize the most: understanding, imagination, empathy. What Richard Dawkins calls our “monoglottish disgrace ” is not just embarrassing, it’s downright dangerous.

Chris Beighton is a Senior Lecturer in Post Compulsory Education in the Faculty of Arts, Humanities and Education.