Prosperity doesn’t have to cost us the earth.

Prosperity doesn’t have to cost us the earth. 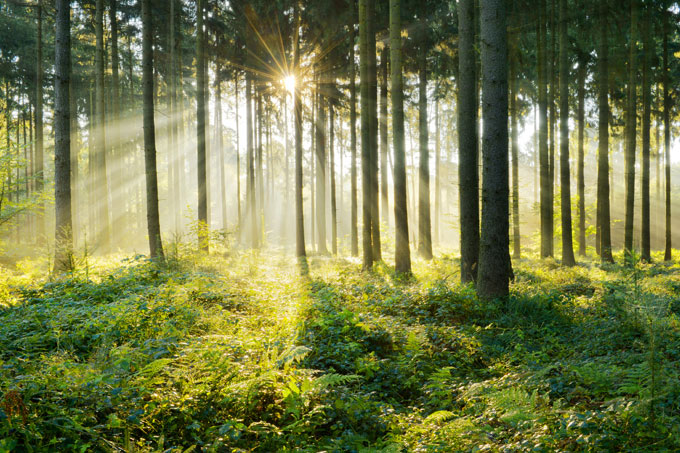 Dr Stephen Scoffham draws attention to the recent Dasgupta Review of Economics and Biodiversity and the need for a broader understanding of prosperity.

One of the arguments that often torpedoes discussions around sustainable living is the suggestion that it involves making sacrifices. The way that we travel, how we heat our homes and even the food that we eat will all have to change in years to come if we are to live within planetary limits.

How can the environmental agenda be presented in a positive light so that it is seen as an opportunity rather than a threat? Afterall, nobody likes to give things up.

One way to bring about change is to recalibrate our ideas about prosperity. Consider for a moment the value that we attribute to a tree. It can be seen as a resource which can be exploited or it can be viewed as an environmental asset. As well as being objects of beauty in their own right, trees are vital habitats, especially birds and insects. We are now beginning to appreciate how they reduce flood risk by stabilising the soil, and absorb carbon from the atmosphere to slow global warming.

During these times of lockdown, people have also become increasingly aware that being in the countryside is important to their physical and mental and well-being.  Put quite simply, trees are an essential part of the eco-systems which are crucial to our survival.

The problem of financial accounting is that it struggles to give monetary value to all these different dimensions. From a purely monetary perspective trees are regarded as having very little value when they are growing in the ground but are seen as much more valuable when they have been cut down and are waiting to be turned into logs. This leads to the extraordinary situation where an entire wood, forest or even a major biome like the Amazon rainforest has very little value until it is used in some way. Economists have long recognised this anomaly. It is known as the ‘tragedy of the commons’ – a graphic phrase which was coined by Garret Hardin in the 1960s.

There are now calls to reform the economic system so that it focuses not only on utilitarian value but intrinsic and social value as well. The Dasgupta Review of economics and biodiversity which was published last week argues that we need new measures of wealth that will establish whether development is truly sustainable or not. It calls for a ‘grammar for understanding our engagement with nature’ and it makes it quite clear that unless we achieve this humanity faces ‘extreme risks’.

Commissioned by the HM Treasury and located firmly within the language of economics, the Dasgupta Review could form the basis for future government policy. It is too early to tell what influence it will have. The hope is that it will take its place alongside the widely acclaimed Stern Review of the Economics of Climate Change (2006). This argued that the price of delaying climate change action far outweighed the benefits of addressing it.

A broader view of wealth and prosperity is long overdue. The current focus on profit, consumerism and short-term financial gain no longer makes sense when we are already using more resources and creating more pollution each year than the Earth can withstand. A broader view would take more account of the quality of people’s lives, the resilience of communities and our individual and collective sense of meaning and purpose. It would also place greater emphasis on equality and social justice.

In a brave attempt to generate new thinking, legislation in Wales now recognises that prosperity involves both proportionate’ use of natural resources and respecting the ‘limits of the global environment’.

There is a pressing need for a widespread and informed debate about a new vision of prosperity which, unlike the present one, won’t end up literally costing the Earth.