Garden of England or concrete jungle?.

Garden of England or concrete jungle?. 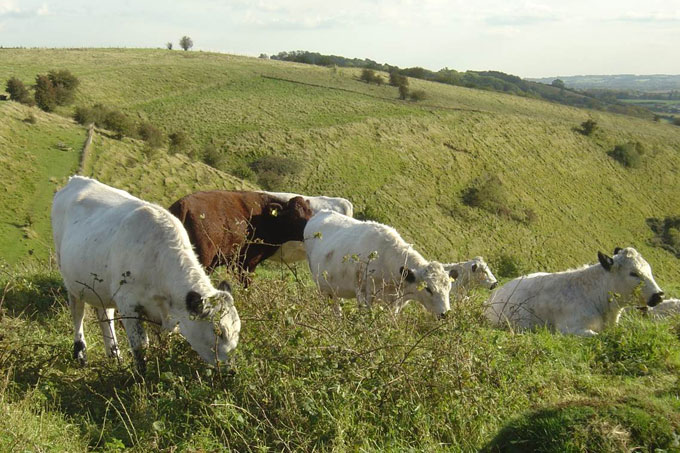 Professor Peter Vujakovic looks at how Kent’s farms could help with biodiversity and improve the local environment.

In January 2018 Ipsos MORI released results showing that the public drastically misjudge the amount of built up land in the UK: “People are way out in their estimate of how much of the country is densely built up, thinking around half the country is when actually only 0.1% is.  This will partly reflect the way we live – the majority of people live and spend their time in built-up areas and this will make up most of their mental image of the country.”

This massive overestimate could have implications for how we plan for future land use in the UK, as well as our county of Kent, the so-called ‘Garden of England’.

As a nation we could become overly protective of ‘green spaces’ when we perceive these to be seriously under threat, while the real concern ought to be for way we manage the vast majority of the UK’s agricultural land. Despite some significant infrastructure and urban development, Kent along with most of the UK, remains rural.

Most of the UK is actually defined as either ‘farmland’ (56.7%) or ‘natural’ (34.9%) (Corine Land Cover data). However, much that looks ‘green’ may actually be a desert in terms of biodiversity if too intensively farmed, or may deteriorate if left moribund, both as a result of economic imperatives.

Effective conservation for biodiversity involves ‘active’ management of farmland and woodlands. Kent is particularly vulnerable; it is dependent on traditional farming systems, as well as woodland management (e.g. coppicing), and appropriate management of traditional orchards and hop gardens, to ensure its heritage.

This year, 2018, is the fiftieth anniversary of the designation of the Kent Downs Area of Outstanding Natural Beauty (AONB) – its landscapes, especially its orchid rich chalk grasslands, are critically dependent on traditional management, in this case the maintenance of appropriate sheep and cattle grazing regimes.

The next decade will be crucial. On the 4th January 2018 the Environment Secretary Michael Grove set out his vision for agriculture in a post-Brexit world. He assured farmers they would be guaranteed subsidies at the current EU level until the 2022 election, but he envisages a future in which farmers will primarily receive payments for “public goods”, such as increased access and environmental improvements. This could be good for Kent and other ‘ancient landscapes’, while leaving other areas vulnerable to further intensification as they compete on world markets. It is too soon to know.

The situation is currently unclear. Not only is the way in which subsidies to farming will be directed uncertain, but also issues such as access to seasonal workers from the EU at harvest time. Kent, along with a number of other food producing regions is dependent on overseas labour for much of its seasonal workforce. The rural economy is a complex issue and Kent stands to lose or gain much depending on the way in which policy evolves in the next few years.

Peter Vujakovic, Professor of Geography in the School of Human and Life Sciences, researches and teaches on issues related to land use change and landscape ecology. He has recently completed a series of monthly articles for Kent Life on the natural history and landscapes of the Kentish Stour.