Free speech, moral panics and the fall of Milo.

Free speech, moral panics and the fall of Milo. 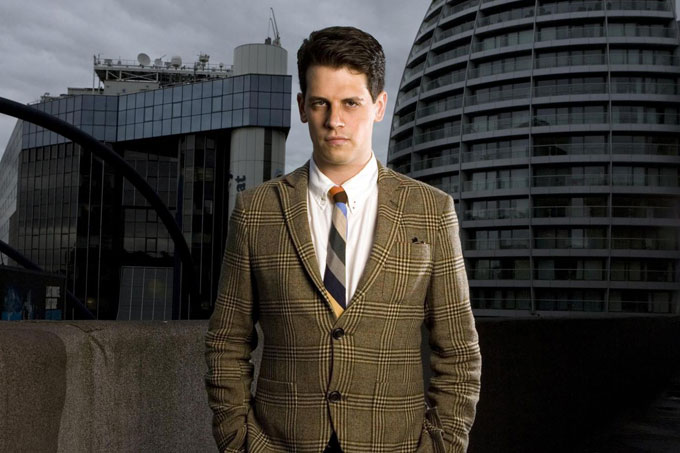 Professor Bee Scherer, Director of the Intersectional Centre for Inclusion and Social Justice (INCISE), comments on the recent fall from grace of controversial agent provocateur Milo Yiannopoulos and the hypocrisy of some populist ‘unqualified freedom of speech’ warriors.

How the mighty(-ish) have fallen!

Controversial Breitbart editor, Milo Yiannopoulos, has been dropped by the Conservative Political Action Conference. The gay agent provocateur subsequently also lost his book contract with Simon & Schuster. Now colleagues from Breitbart apparently threaten to quit if he is not fired.

Yiannopoulos had been recorded making remarks which appear to make light of sexual abuse, question the age of consent, and endorse intergenerational intimate relationships between men and boys. His remarks opened Milo to accusations of endorsing paedophilia and the predictable moral panics ensued. While Milo was keen to contextualise, modify, and explain his recorded statements, it seems he had already done irreparable damage to his celebrity status among the alt-right.

Few topics provoke such strong reactions of disgust and moral righteousness than the discussion of sexual activity with minors – without differentiating paedophilia or paedosexuality (attraction to / sex with prepubescent children) from hebephilia (sexual attraction to underage young adolescents, usually 11-14yrs) and ephebophilia (sexual attraction to adolescents, usually of, or close to, a legal age of consent, 15-18yrs). Emotive reactions notwithstanding there is room for discussion – academic and societal – about contentious topics involving sexual activities of children and the age of consent. Both adolescents’ sexual rights & agency and the pain of survivors of sexual abuse in paedo-, hebe-, and ephebosexual contexts need to play the central part of such a discussion, no matter if the abuse was directly coercive or statuary coercive in nature.

Milo came out as a survivor of clerical (hebe-)sexual abuse; indeed, part of survival psychology can be the development of resilience through humour and, sometimes, retrospect claims to agency. Milo clarified that he thought the age of consent was ‘about right’ (and I and many would completely agree with that).

If I appear to defend Milo here, let me be clear that I find many of his rants, which he hides under the ‘freedom of speech’ label, absolutely disgusting – whether his statements meet the UK standards for hate speech in the criminal sense or not. Milo has been banned from Twitter for hate speech, and he has been called out by the press and concerned members of public and the academia.

In the now published recordings, Milo further perpetuates dangerous stereotypes about gay men by linking homosexuality with ephebophilia (often misunderstood as paedophilia). Research shows that ephebophilic attraction is wide-spread disregarding of sexual orientation: heterosexuals are just as likely to be enthralled by Lolita as homosexuals by Tadzio (if in any doubt read Nabokov and Thomas Mann). Milo clearly does a great disservice to the LGBT community.

But the issue is not Milo and how distasteful he is; the issue is the hypocrisy of the right wing self-stylised freedom-of-speech advocates who needed Milo to cross this particular red line to the public Moral Panic topic No1 to finally non-platform him. Ned Ryan from the CPAC board tweeted ‘While I’m all for free speech, there is such a thing as vile, hateful speech that does not deserve a platform’. I completely agree with Ned. However, I wonder how Milo’s statement that transwomen are attention-seeking, mentally ill gay men, does not fulfil the criterion of unacceptable hateful speech but that him declaring that he, when a teenager, enjoyed a blow-job from a priest, does.

Freedom of speech has been paraded around as an absolute right, leading to absurd statements as made by BBC Radio 4’s Claire Fox at a recent debate at CCCU (26 January 2017), that ‘words never hurt anyone’ (there is tons of research demonstrating otherwise).

But even under the first amendment freedom of speech is not an absolute, less so under UK law. And, most poignantly, freedom of speech does not mean that you have the right to be platformed, to be given space, forum and attention. It does not mean that boycott and protest is inappropriate or equals censorship. Be as offensive as you must but you have no right to expect that people invite you and expose others, including those you offend, to the foulness of your thoughts.

It certainly does not mean that you should have a right to address children and teenagers; exactly this, however, was at the heart of the warped line of argumentation espoused by a local grammar school teacher here in Canterbury. Last year, a Simon Langton Grammar School for Boys Professor, who has written opinion pieces published by Ripon Society and Breitbart, had invited Milo to speak to more than two hundred teenagers. At the aforementioned recent debate at CCCU, said teacher then cried ‘foul’ and ‘censorship’ that academics like myself had protested the school’s questionable decision to allow the event – a decision that was subsequently revised after it became clear that simple Department for Education requirements regarding statutory obligations under the PREVENT strategy, safeguarding and risk assessment had apparently not been met.

I wonder if the parents, governors, students, teachers and leaders of this school feel rather sheepish now; or are they protesting to bring back Milo to be able to speak about sex between boys and men to hundreds of teenagers – all under the flawed understanding of freedom of speech as entitlement to a platform? However contentious, at least this would be consistent. And academics, sex educators, Human Rights activists and sexual abuse survivors would protest again.

Maybe schools should instead focus on honest and LGBT inclusive sex education and open and age-appropriate discussions around sexual agency and abuse.

And maybe, until academic titles are properly protected by law in the UK, even the most pretentious school should leave the conferment of the title of ‘professor’ to recognised universities, which have rigorous academic standards and senior peer reviews attached to such appointments.

The Intersectional Centre for Inclusion and Social Justice (INCISE) is an academic Research Centre within the Faculty of Arts and Humanities at Canterbury Christ Church University. To find out more about INCISE, visit: http://incise.center and http://www.canterbury.ac.uk/INCISE, follow @INCISE_cccu on Twitter and Facebook: facebook.com/INCISE.cccu.