Bond is Back – with his licence to sell.

Bond is Back – with his licence to sell. 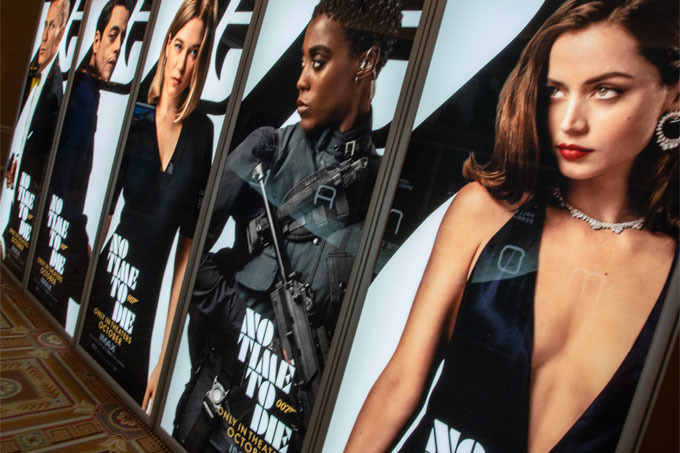 Dr Jake Monk Kydd looks at how product placement in used in films to boost sales and a brand ‘s image.

After numerous delays and much anticipation, the latest James Bond film has finally hit the silver screen. The 25th outing for Bond, ignoring parodies and cheaper imitations, will hopefully give a much needed boost for the beleaguered cinema sector.

Delaying the release of No Time To Die from April 2020 will also have placed a monetary burden on the companies who financed this film. Estimated production costs have been put at around £188 million. The sooner we start paying for our tickets at the box office the sooner they will start to recoup their outlay, and no doubt start planning Bond 26.  However, there is some good news for the companies involved as one income stream has already been exploited.

The marketing industry has long used films, and indeed television, music videos and lyrics, books, plays, radio and video games, to promote their wares. The high point of television advertising where popular shows would regularly attract viewers (does any one view television instead of watching it?), numbering sixteen million and even over twenty million, has long since gone. This made using thirty second adverts in prime-time programmes incredibly attractive to marketers. Britain’s favourite soaps now only draw around six million viewers per episode. Viewers have dissipated, drawn in by streaming services and the endless alternatives to be found on YouTube and elsewhere. This, along with the explosion in digital channels has caused issues for mainstream broadcasters and their ever-fragmenting audiences.

Marketers too have the challenge of finding these elusive viewers. Product placement meanwhile has become a truly embedded as a promotional tool. This has made marketers better at finding more defined audience groups, audiences that are more cost effective for the advertising spend.

One way to do this is to have your product or service placed within the film or programme. Some viewers may have noticed the appearance of a Costa coffee outlet and a Co-op food store in Coronation Street for example. Likewise with Bond it is hard to think of him driving anything other than an Aston Martin, although for a while with Pierce Brosnan the car of choice was BMW, and one time Roger Moore made his getaway in a yellow Citroën 2CV (For Your Eyes Only). Brand partners pay big money to appear with Bond, with the 2006 version of Casino Royale the placement of Virgin Atlantic airlines included a brief glimpse of owner Richard Branson in a Florida airport too. But was it a good promotion for them?

Herein lies the problem for the marketers. If you watched the film, did you see the product? With the expensive supporting marketing for the watch you might well notice Bond wearing an Omega timepiece (priced around £6,500). Norway reportedly paid around £4.2m to be featured as a Bond destination, hoping in a post pandemic world tourists will follow, just as visitor numbers to the Greek island of Skopelos did for after Mamma Mia, and to New Zealand after Lord of the Rings and The Hobbit films.

Or perhaps Bond viewers might notice the array of Land Rovers and Range Rovers, the Triumph Scrambler motorbike and Rami Malek’s fur hooded parka, maybe even Bond drinking Heineken and Belvedere vodka instead of Red Stripe and Smirnoff as in previous outings. As one observer said though, ‘we don’t watch movies to look at adverts, placements are like litter with a remit’.

For film makers and marketers the quest continues, to make an entertaining film that doesn’t look like an advertising fest, while at the same time boosting the sales and image of the brands that pay high fees to be featured.

Dr Jake Monk Kydd is a Senior Lecturer in the Christ Church Business School, his main area of research is marketing in the media industry, especially product placement in films.