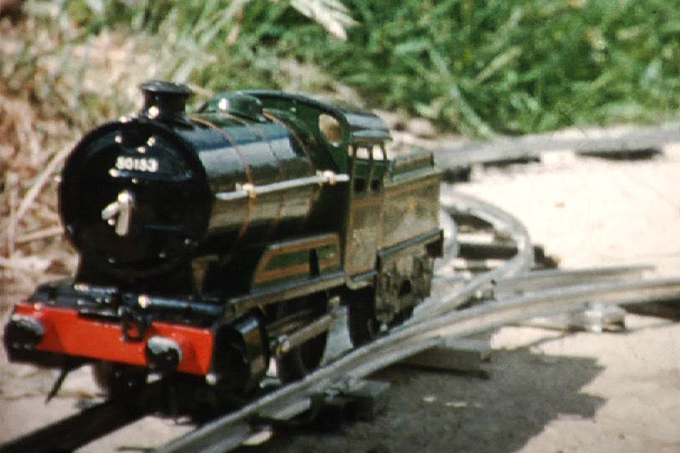 Film by John Purchese of his son playing with a clockwork toy train in his garden in Mount Road, Canterbury in the 1950s. John would later go on to be Lord Mayor of Canterbury and Chairman of KCC. He was a key person in the campaign for the Bridge Bypass. John worked in the film industry as a sound engineer before setting up his own printing business. He was a keen amateur filmmaker in the 1950s producing films on 16mm.