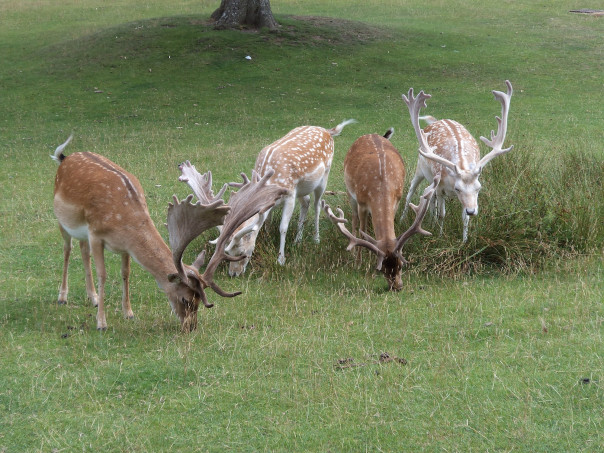 I thought I would start with a very big ‘thank you’ to Michelle Crowther for setting up the CKHH Kent and Canterbury History Resources webpages from the information Dr Diane Heath and I had provided, as well as to Matthew Crockatt for adding it to the ‘Our Latest Projects’ part of the Centre’s Website. This means you can now reach it at: https://www.canterbury.ac.uk/arts-and-humanities/research-kent-history-and-archaeology/crkha-latest-projects/canterbury-and-kent-history-resources.aspx

and if anyone has any suggestions regarding what they think would be good to add, please get in touch – there is a form on the webpage.

Looking to other matters before I come to the catch-up meeting of the Kent History Postgraduates, this week has been full of meetings for the Centre team again, including a first meeting of the Lossenham Project historians called by Dr Helen Clarke and held at the Faversham Centre where Brother Richard Copsey has an office. The fourth member of the group was Åke Nilson and, as became apparent, we each have different but complementary interests and expertise. Thus in very broad terms because we are all interested in Lossenham and Newenden, Helen and Richard have expertise and will be more focused on the friary, bringing together Richard’s deep knowledge of the Carmelites’ history and Helen’s many years as a leading archaeologist, as well as her work on several Carmelite friaries in Kent and beyond; while Åke and I will be exploring Newenden as a community on the border between the Weald to the north and the marshlands to the south. For Åke has published a booklet on Newenden and I have worked on various aspects of Kent’s medieval small town and rural communities for several decades. Consequently, by the end of the meeting we had established what each of us was going to do initially regarding researching and reaching out to see how we might engage with the local community, because, as Andrew had stressed, this is a community project first and foremost. For the record, I’m starting with the testamentary records which I hope to be able to explore at Canterbury Cathedral Archives and Library for Newenden and surrounding parishes.

Keeping with the twin ideas of research and community involvement and the sharing of knowledge, I thought I would just mention that also this week is the celebratory event to mark the end of the summer internships at CCCU. As some readers may remember from a few weeks ago, Bethany Brown had been busy working with a conservation architect and several people from St Mildred’s church to research and create some preliminary designs for pop-up banners covering a range of aspects of the parish’s life in the Middle Ages. These featured in the blog early last month, although as yet we have not had the chance to hand over the finished banners and leaflets on the church building to St Mildred’s: https://blogs.canterbury.ac.uk/kenthistory/celebrating-centre-exhibitions-and-the-kent-history-postgraduates/ . However, I’m now hoping to do that this month. Similarly, I’m hoping to have them on the Centre’s website very soon as a way to provide this knowledge, potentially to a worldwide audience.

So to the catch-up with the Kent History Postgraduates group, which included everybody except Dr Lily Hawker-Yates, who technically isn’t a postgraduate anymore but still comes when she can. After commiserating with Dean who is living in Warrington where extra restrictions have been imposed, Maureen was our first speaker. She noted that she has investigated all the early modern PCC wills that she has downloaded from TNA, and even though there are more she needs to examine at both Kew and Maidstone, the current restrictions mean that this will be a slow process. However, she has booked a couple of sessions at the Kent History and Library Centre and will then get back to the Rochester Consistory Court wills there. In the meantime she has been writing. Her current focus is the deer parks at Tonbridge, their formation and development, their demise is to come once she has access to further records. Maureen has written several pieces on the deer parks, and collectively they will be valuable once she starts writing chapters for her final thesis. Finally, she mentioned that she has some late references to Tonbridge Castle, because, as she said, material covering repairs to the castle in the 17th century do at least help to show what was still standing and in what state by this mid-century period.

This reference to the castle drew in Janet who, as well as being heavily involved in family matters, has continued to investigate the built environment of Ruxley Hundred in the 13th century. She is currently focusing on ideas about how we might explore how contemporaries experienced their local landscape – notions regarding place and space both in terms of their own and their neighbours timber-framed buildings, and the very few flint (stone) buildings. These latter obviously include the parish churches, but the absence of religious houses in this area may have given Christ Church Priory’s place at Orpington a greater presence locally than would have been the case in other parts of the county (and more widely) where there were one or more monasteries. Similarly, Scadbury Manor with its stone buildings presumably would have stood out for local people, and Janet was, therefore, interested that Professor Matthew Johnson is going to be one of the speakers at the virtual Tudors and Stuarts History Weekend in March 2021 because of his exciting ideas about castles as residences etc in the landscape.

Remaining in west Kent, Jane started by saying that she was feeling much better and fortunately the COVID-19 test had come back negative. Like Maureen, she has been working on PCC wills, but for the medieval centuries. She has been entering the information on her database, and she has also been following up some interesting bequests concerning a nearby nunnery at West Malling. In addition to some interesting burial bequests by a husband and wife as well as that of the wife’s executor – seeking burial in the nunnery church, it seems the couple had been living at the abbey. This sparked a lively discussion about confraternity, monastic churches having parochial responsibilities and corrodians, all of which seem to be in evidence here. It will be interesting to see whether Jane finds any parallels with her three religious houses of Tonbridge, Lesnes and Bayham.

Welcoming Jacie back to the group, she said that recently she had been preparing for her review meeting with her supervisors earlier this week, which she felt had gone well, a perception I endorsed. She said she had gone back recently to write up what she sees as the context for her study in that it is important to understand where the UK was in 1939 in terms of knowledge about nutrition. This involves lessons that had been learnt since 1900 about the importance of vitamins and minerals, in addition to carbohydrates and protein in the nation’s diet, and how the nation had fared during WWI and the inter-war years regarding how best to provide these requirements, both for productivity and more general wellbeing. As she said, Britain was in these regards well ahead of the Germans and these ideas would to a reasonable degree be translated into action through the system of rationing and the provision of specific foods to all. As a side issue, she is very interested in fresh-water fishing during WW2 and whether these fish were caught and eaten because none of the respondents to her questionnaire had mentioned them at all. So if there is anyone who reads this or who knows someone who might be able to help on this point, please do make a comment or drop me an email at sheila.sweetinburgh@canterbury.ac.uk and I’ll pass it on to Jacie.

Peter chipped in to say he was in many ways not surprised because, as a fisherman, he is not a fan of eating (m)any fresh-water fish. This sparked another discussion including Dean’s observations about Manchester ‘cod’ and Jane’s comments about eels. Keeping with Peter, he said lately he has been involved in other discussions that are not related directly to his own research. However, he has been talking to a friend about some research he did for his undergraduate dissertation concerning a late 19th-century children’s book and they now intend to take this topic further.

Coming round to Dean, he mentioned that he had heard an excellent lecture recently. This had been given by Dr Kenneth Austin from the University of Bristol on the Reformation and reactions to it, especially that for neither side of the religious divide were Jews any longer seen as the main ‘danger’ to Europe. Regarding his thesis, he now has in draft chapter 5 that now contains “lots of people”. Very shortly he will he taking a research trip to Hereford for a day – travelling outside peak times both ways, to visit the cathedral archives there to look at an acknowledgement because he thinks features of the text will enhance his knowledge about the form and changes to this type of document in the 1230s.

Keeping with documents, our final contributor was Tracey. She is continuing to work on her chapter relating to piety and patronage among the east Kent knightly families, but now that the Canterbury Cathedral Archives have reopened, albeit in a very restricted way like all archive offices, it is very pressing for her to look at a will and several other documents there. This provoked yet another lively discussion about the problems of accessing archives, including problems about travelling on the railways; archives’ generally very restricted opening times, and that in some archives the taking of digital photographs of documents is prohibited, albeit it is possible to buy what are called cheap ‘digi-snaps’.

Peter remarked that this was probably the best approach because it is possible for students to download digital photography enhancing packages that are freely available to students from CCCU’s IT people. This opportunity came as a surprise to everyone else, and Dean immediately went to investigate on the CCCU website and he was shocked at just how much is available, and even more that postgraduates do not appear to have been told about such opportunities.

This brought us to the end of the meeting, which again had been marked by good humour, generous sharing of ideas and knowledge, and a general feeling of co-operation in what seems to be a semi-permanent status quo. And in a fortnight the group will look forward to hearing Dean’s presentation. 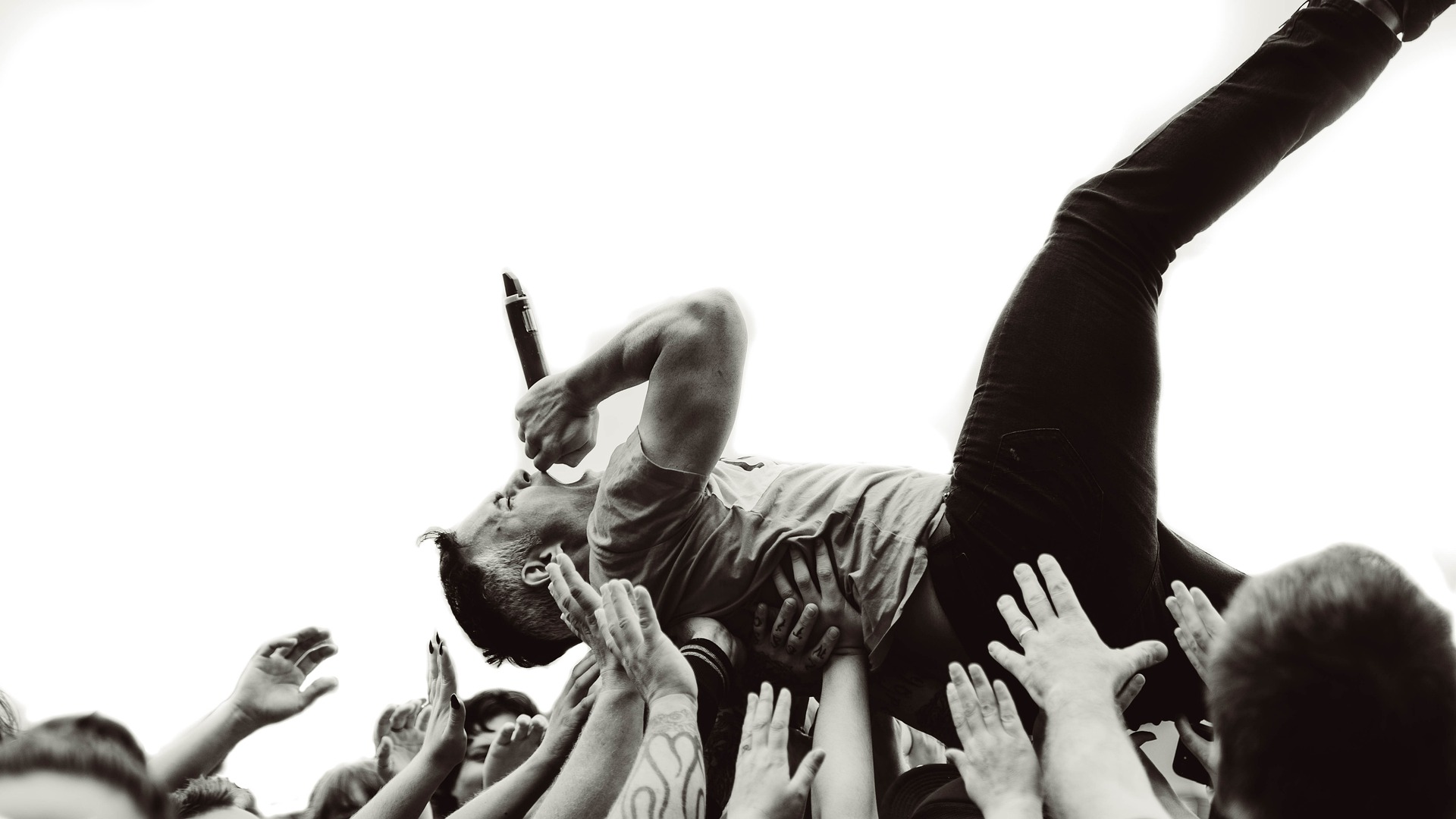