I thought I would begin this week with the news that I am now only a couple of speakers short for the virtual Tudors and Stuarts History Weekend on Saturday 27 and Sunday 28 March 2021. Moreover, I’m still waiting to hear back from a couple of people, so if they agree I shall have a full, albeit streamlined programme compared to normal years.

Among the speakers who have agreed to give a lecture are Professor Matthew Johnson and Professor Pamela King. This is excellent news because Pamela King is one of the foremost experts on early English drama, who is well known for her exciting research regarding biblical drama that was performed by craft guilds and other groups in late medieval English towns and cities. Furthermore, some of these plays, although often described as late medieval, are increasingly being viewed as having been written in Tudor times, while other play texts are only known from the works of Tudor and later collectors of old manuscripts, where often these texts had been adapted to meet changing religious and sociopolitical conditions.

Although I knew of Matthew’s work from his many publications on castles and the landscape, including his fascinating research into the development and history of Bodiam Castle in Sussex, it was not until 2018 that I met him at an Early Modern Studies conference at Durham. As one of the keynote speakers, he gave an excellent lecture and I thought at the time he would be great to have him as one of our History Weekend lecturers. However, because he lives and teaches in the United States this seemed to raise considerable difficulties, but we are now able to overcome this due to the History Weekend in 2021 being virtual rather than physically in Canterbury. Consequently, I was thrilled when he agreed to speak at Tudors & Stuarts 2021, and probably his talk will be late on Saturday (the timetable is not yet fixed) to accommodate the time difference between Canterbury and Chicago.

The other news item I want to bring in this short blog this week – I’m busy on the final stages of editing ‘Maritime Kent through the Ages’ with my fellow editors and it is also the first week of teaching – is Professor Paul Bennett’s retirement celebratory event that took place at Canterbury Archaeological Trust’s Broad Street offices this week. Paul is retiring as Director of CAT, but will be continuing as a Visiting Professor in the Centre and I thought I would bring you a reminder of the lecture that he gave as part of the Canterbury UNESCO World Heritage Site conference in 2019: https://blogs.canterbury.ac.uk/kenthistory/paul-bennett-canterbury-unesco-and-jayne-wackett/ which is only one of numerous occasions in which Paul has featured in the Centre’s blog.

So to return to the event this week, because of government restrictions only 6 people could be at the gathering in Broad Street, but Paul was joined by CAT staff on Zoom in the Wincheap office and on site, as well as by several Trustees, by members of the committee of the Friends of Canterbury Archaeological Trust [FCAT] and by me (wearing my Centre and FCAT ‘hats’). The proceedings were opened by John Meardon, as Chairman of the Trustees, who invited Paul symbolically to hand over the directorship of the Trust to Alison Hicks by passing on the Director’s trowel to her. As John and Paul agreed, the Trust will be in very safe hands, as will its staff, its Trustees and Friends. John then reminded everyone that Paul had come back to Canterbury as the Trust’s Deputy Director in 1975, before becoming Director almost a decade later, and that during his time at CAT there had been many great discoveries and excavations, including the Dover Bronze Age Boat and the ‘Big Dig’ at Whitefriars, that Alison had led.

After his short speech it was time to give Paul his retirement gifts from the Trustees, CAT staff and the Friends. As a reminder of one of the iconic finds, the Trustees had used the ‘Canterbury Cross’ design for these fabulous cuff links that you can see here, while the Friends had similarly kept with the Canterbury theme. Dr John Williams, as Chairman of the Friends, commented that during his time at CAT Paul had worked during a difficult time for archaeology in both this country and beyond, notably Libya, and more latterly in Iraq. Nevertheless, even with all these challenges, Paul had always gone way beyond what was required and through his attitude of not compromising over the archaeological requirements, his efforts and his legacy have enriched our understanding of the history and development of Canterbury, Kent, Libya, Iraq and thus human history more broadly. In some ways the Friends had felt part of this journey through Paul’s annual Frank Jenkins Memorial Lectures, a baton he has now passed to Alison, and the Friends’ appreciation of all of Paul’s efforts had been reflected in their generosity towards the collection for his retirement gift. Consequently, John Meardon presented Paul, on the Friends’ behalf, with a beautiful 1599 copy of the Braun and Hogenburg map of Canterbury, which had been bought in Ghent and carefully framed in Canterbury, and, as John Williams then said, Paul needs to think what he would like as a second gift from the substantial sum still remaining.

Following the gifts, John Meardon called for a toast and all joined in raising a glass to Paul on a long and happy retirement. Paul thanked the assembled company – those in the room and on Zoom, and gave a short speech where he said that when he had first come to Canterbury as Tim Tatton-Brown’s deputy, he had promised Becky that it would only be for 5 years, a time that had somehow stretched to 45 years, but that he had not regretted remaining at the Trust for he had throughout his time been supported by a marvellous staff, by a brilliant body of Trustees and by the dedicated Friends. Consequently, he was keen to stress that the Trust’s achievements were not down to him but were a result of this collective effort of many people over the decades. Moreover, at times things had been extremely precarious, and it was the efforts of such people as Lawrence and Marjorie Lyle which had kept the Trust going and had helped bring it to its position today But it was now time for change, and Paul believed the Trust was in safe hands as he passed its management over to Alison, with help from her senior team of Mark Houllston and Peter Clark. This will give Paul the space to start a new chapter in his life and one area that he is keen to work on is the backlog of archaeological excavations that he intends to bring to publication. And to finish Paul asked everyone to join him in a toast to the Trust’s new life under Alison and to its next 45 years.

This brought the proceedings to a close, but, as John Meardon said, when the opportunity comes, the Trust will have a ‘proper’ celebratory event in Paul’s honour. And as a postscript I thought I would mention that Paul will be giving the CCCU Centre’s Becket Lecture (virtually) this December, more on that shortly. 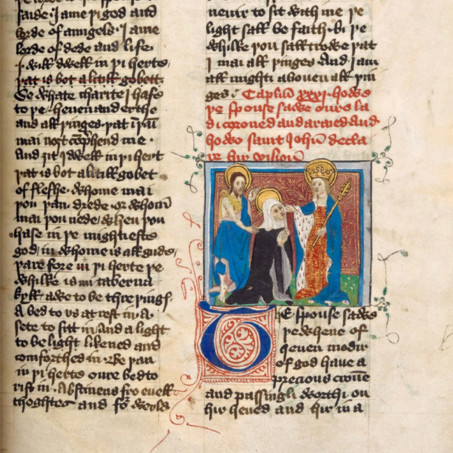 Representations of the Arctic and Dover – terrific talks