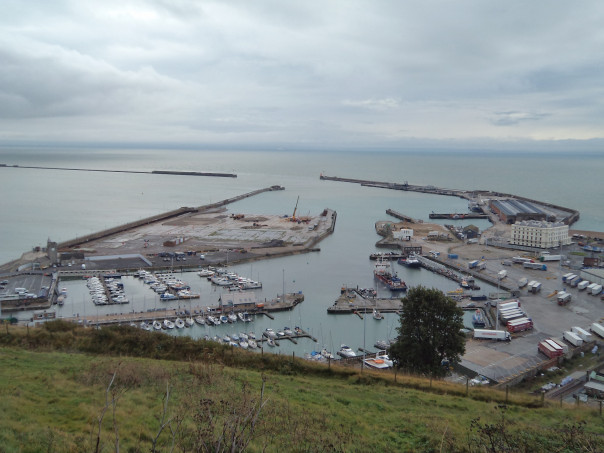 Because the CKHH blog of 6th April has seemingly gone walkabout in the ether, I’m going to resurrect part of it for this week where it is still relevant. In addition, we are hoping to offer you something special later tomorrow, so please do check in.

It is now under two weeks until the Medieval Canterbury Weekend 2022 on 29 April to 1 May, and it is getting very exciting as the final pieces slot into place. We still have tickets available for lectures, but the tours have sold out. Sorry to those who wanted to come on these guided visits, maybe next time! I am looking forward to all the talks, but I’m especially intrigued by London’s first ‘common library’ and ‘Sir Gawain and the Green Knight’ has always been a favourite of mine. Moreover, having explored some of Canterbury’s medieval houses, I’m keen to hear from Dr Chris King and then see Dr Dean Irwin’s presentation. For those who would like to see the full programme, please check it out at: https://www.canterbury.ac.uk/medieval-canterbury .

Turning to other up and coming events, it is great to be able to report that Dr Claire Bartram will be placing a spotlight on Dover TOMORROW, all being well, when a 2nd blog from Claire will be the publication of the Centre’s and Christ Church’s contribution to the IHR Centenary project. She has been collecting in the final items for this celebration that will highlight material about medieval and Tudor Dover right the way through to contemporary engagements with local communities creatively and through knowledge exchange enterprises.

This coincides with the University of Kent’s IHR Centenary project run by Professor Mark Connelly, and the Centre for Kent History & Heritage is delighted to collaborate by having a stall, offering a talk and running family-friendly events at ‘Kent: Gateway to the World History Festival’ in the Westgate Hall, Canterbury, between 10am and 4pm on Saturday 23 April. On topics from the Dover Bronze Age boat by way of Aliens in 15th-century Canterbury to the two World Wars, those coming along are in for a treat, not least because Penny Bernard, one half of the ‘Medieval Animals Heritage’ project team will be running family-friendly activities and who can resist a super hedgehog, a gorgeous little owl or a handsome lion!

Then on Saturday 30 April, Mark will have a second Kent History Festival day at the Royal Engineers Museum at Gillingham, again 10am until 4pm. As at Canterbury you can book in advance through Eventbrite, but equally feel free to go along on the day although there will be an entrance fee if not pre-booked at Gillingham. Of course, this coincides with the Medieval Canterbury Weekend which means there will be members of the Kent History Postgraduates at both Canterbury and Gillingham. I’m delighted that Peter Joyce has volunteered to fly the Centre’s flag at Gillingham where he will provide a short talk, at 11.10am, on ‘The House for the Poor built by the Rich’ which is based on his doctoral research.

Of the Kent History Postgraduates, alumni and in some cases now CCCU staff members, it is brilliant that so many will be involved, and they will be getting a mention in the blog after the Weekend. Equally, it is fantastic that among the speakers this year we have three post-docs from History, of whom two still keep in touch through the Kent History Postgraduates’ group and Dr Dean Irwin has also volunteered to chair two sessions on the Saturday, his lecture is on the Sunday. Consequently, very many thanks in advance to all volunteers from across the university and beyond, it is great how people have come forward, including Craig and his excellent team from the CCCU Bookshop. Do feel free to look at the Weekend’s bookshop: https://bookshop.canterbury.ac.uk/canterbury-history-weekend-2022  And someone else who deserves a special mention is Lisa Duffy who recently contributed a report to the newsletter of the Friends of Canterbury Archaeological Trust.

Working with the Franciscan Gardens on Diane’s funded ‘Medieval Animals Heritage’ project has been admirable, and it is similarly good to have been helping them design their new Franciscan Gardens booklet that is coming close to fruition for this year’s summer season. Hopefully, this will lead on to collaboration regarding a late medieval text of Becket’s Life in Middle English held at Cambridge, which has the potential to make a great doctoral project.

Speaking of potential postgraduate projects, I want to flag up a Masters by Research opportunity, either full-time or part-time, currently available via the CKHH where financial help will be provided by a benefactor through the Ian Coulson Memorial Postgraduate Award Fund. We are extremely grateful to the donor because this is a fantastic chance for someone interested in how historical landscapes develop over time. So, are you interested in Kent’s early medieval history? Have you ever wondered how the different estates in the countryside came into being during the time of the Kingdom of Kent and beyond, and how they developed either side of the Norman Conquest as the pressure of the Norman presence came to bear on the Kentish countryside? If you are, then this project may be just right for you! Called ‘The Evolution of a Downland Landscape: Nonington 700–1400’ we know there is a good corpus of charter and other documentary materials, as well as evidence from archaeological and topographical work. For preliminary enquiries, please contact me at sheila.sweetinburgh@canterbury.ac.uk and we can discuss your ideas.

Bearing in mind the current problems (and they still are a fortnight later!) about crossing the English Channel from Dover, I thought I would just see what I had on this from a selection of the 15th-century Dover chamberlains’ accounts, and it is interesting to see that looking at the guild of ferryboatmen, the man operating on 6 April in 1426 was called Sandirookes. Nobody is listed for the following day but there were more passengers on 10 April when both John Kelays and Thomas at Hall made the crossing in their craft, while Thomas was again ferrying passengers on 18 April. Earlier that year March and April had not been that busy, but interestingly January had been a good month for the ferrymen, especially on 10 January when seemingly 3 men had been called upon to cross the Narrow Seas in this way. Nevertheless, the considerable number of inns in Dover may point to people having to wait for quite some time on occasion, although probably this was more comfortable than being stuck in a lorry or car on the approach to the port, or further back on either the M2 or M20!