What do you want from Christmas music?.

What do you want from Christmas music?. 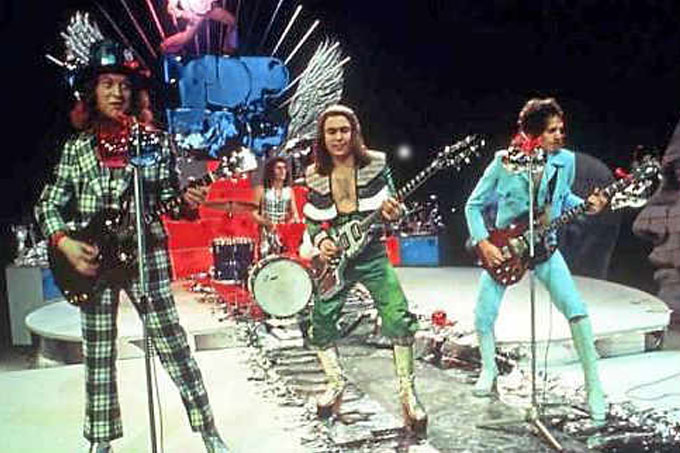 Christmas music enjoys a strange and varied reputation, very dear to people’s hearts, but also the bane of their lives as it starts being pumped out into the aisles of supermarkets, earlier and earlier each year.

But what is it that people want from Christmas music? Having looked into this a lot, I would say people want authenticity; the kind where you are allowed to be happy without looking over your shoulder, where you are allowed to laugh at yourself, where you are allowed to be yourself. For Christmas songs, this means they don’t have to be cool in the current climate, because enjoying Christmas is nothing to do with cool, it is about family and fun and lights and presents and, above all, nostalgia. For a short time, people can forget about putting on that cool front they have to wear for the rest of the year. And it is the same for the music. Christmas music can indulge in non-judgemental joy. This is true for the classics, Slade and Wizzard being the artists that spring to mind. The unbridled joy, the sense that these songs are of their time and are true to the bands at the time, and the lack of pretension (and the bells), means these songs will be around forever. The number one song on the list of Britain’s favourite Christmas songs in 2011—and which I don’t think will change—is that joyous, real, self-deprecating, Fairytale of New York, which gently acknowledges and mocks the realities of family at Christmas, through engaging in the most sentimental of musical genres, and one which is firmly associated with authenticity.

Unfortunately, the interpretation of the joyous, childlike, sentimental longing of Christmas songs into a superficial cheesy persona since the 1990s has meant that Christmas songs have suffered somewhat, particularly in the current cultural environment where celebrity sells songs. Any old celebrity releases a Christmas song, but they do not last. When was the last time you heard the Tweenies or the Cheeky Girls played out on the radio around Christmas time? The desire for innocence and authenticity saw the backlash against the X-Factor winner dominating the Christmas number 1 spot each year, and explains the success of the re-release of Killing in the Name Of as a result of social media pressure, since authenticity simply drips from political rock music. For all of these earnest efforts to subvert the commercialism associated with Christmas songs, musical and emotional authenticity is replaced by a kind of emotional and moral need—it is okay as long as proceeds go to charity. And this endures, just look at the boy Beckham’s Christmas single this year.

But this charitable direction also will not last. So get used to hearing the likes of Slade, Wizzard and the Pogues for many years to come, before the commercialism of popular Christmas music has time to look back on itself and we experience a new set of authentic Christmas songs that speak to people about themselves and their time and their memories, and not just about their wallets.