Turning up the heat.

Turning up the heat. 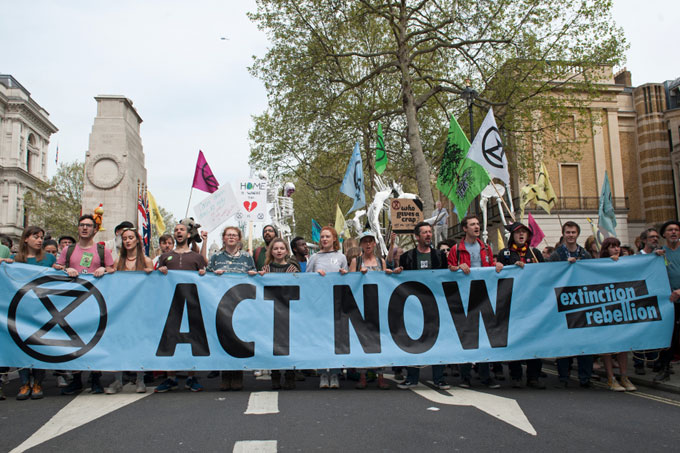 Dr Stephen Scoffham looks at what lies behind the Extinction Rebellion protests.

Extinction Rebellion has been making the headlines in recent months, organising events across the country and bringing parts of London to a halt. The protests have most for the most part been good-natured but the action which brought parts of the London Underground to a halt last week provoked considerable anger.

What lies behind these protests is a deep concern about climate change. And although only relatively small numbers of people have taken direct action so far, they are focusing on something which affects us all.

This summer saw unusually high temperatures across Western Europe.  In England, for example, records were broken across the UK in July and many people in Kent experienced temperatures of around 35 degrees or more. Meanwhile, not far away in Paris, the thermometer reached a sweltering 40 degrees. 2019 seems set to take its place alongside other recent years when global temperatures have reached unprecedented levels. It is a trend that seems likely to continue with potentially disastrous consequences.

There is a lot of discussion about trying to keep global warming within limits and the 2015 Paris Climate Change Agreement was a laudable attempt to reach an international consensus. If temperatures really can be stabilised at just 1.5 degrees above pre-industrial levels that would be a great achievement. But this isn’t as simple as it sounds. Here is just one example of the problems that lie ahead.

Consider the Greenland ice sheet. This is a relic of the last Ice Age with ice up to 3,000 metres (10 000 feet) thick in some places. At this height, temperatures can be expected to be around 20 to 30 degrees lower than at sea level.  If the ice thins and the glaciers reduce in height, the surface temperature is bound to rise, irrespective of climate change. So, melting ice sets off a self-perpetuating process which once started, is extremely difficult to halt.

There are many other feedback loops in the world climate system, some positive, some negative.  The crucial question is how much stress the system can absorb before it reaches a tipping point. Scientists are simply unable to predict when this will happen but they know that there are plenty of danger signs. And the stakes couldn’t be higher. Runaway climate change will render life on Earth untenable for most forms of life and wipe out vast numbers of people.

Extinction Rebellion and Climate Change Action Groups are trying to draw attention to this emergency. They may not adopt tactics which everyone approves of and they are certainly causing inconvenience to the general public. But they argue that time is running out and they simply have no other option.

Dr Stephen Scoffham is a Visiting Reader in Sustainability and Education.