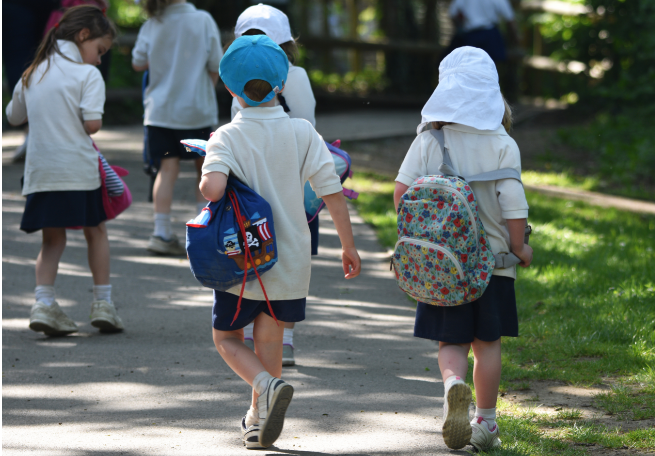 Dr Jonathan Barnes & Catherine Carden discuss a government report that confirms white working-class pupils have been let down by the education system.

On the 22nd June, the UK Parliament’s Education Committee published its report ‘The forgotten: how white working class pupils have been let down and how to change it.’  An uncharacteristically revealing title, since words like ‘forgotten’, ‘let down’, ‘working-class’, – even ‘white’ rarely find their way into official reports.

The report makes it clear that the worryingly large percentages of young people failing to thrive educationally is not new news. In fact, Ofsted reported on it nearly 10 years ago in their Report, Unseen Children and a Government Select Committee reporting on this issue in 2014.  Something Sam Baar acknowledged in a recent report in The Times, stating “We’ve been talking about education inequalities for what seems like for ever”.

The issue has never been forgotten.  The underachievement of white disadvantaged children has rather been neglected through years of government ‘muddled thinking’, over-simplification of problems, significantly diminished investment and ever-weakening support.  The choice that government made to neglect the issue is the ‘let down’ – it is clear that successive Departments of Education are to blame.

The strongly worded first paragraph of the report sets the tone:

The educational underachievement of White working-class pupils is clear. They are among the most likely to not achieve a pass in English and Maths GCSE and the least likely to go to university. White pupils are the country’s ethnic majority..(UK Parliament , 2021, Introduction Para.1 p.9)

The report makes it clear that despite greater economic, cultural and social disadvantage, poor Black, Asian and mixed-race children tend to outperform their White, Gypsy, Roma and traveller peers.  Disadvantaged white children are disproportionately represented in lists of those not in higher education, unhappy at school and not achieving developmental goals in health and well-being. They are more likely to be trapped in what the Education Committee calls, ‘cycles of disengagement’.

The roots of this problem are complex and contested. Poverty and unemployment are causes, yes, but the evidence appears to show that white disadvantaged children are also open to a greater accumulation of intergenerational disadvantage, geographical inequalities, poor family experience of education and uncertainty about its relevance, and government failure to target support or address low participation in higher education; just 16% of White pupils on Free School Meals accessed higher education in 2018/19, the lowest participation of any ethnic group, other than Travellers of Irish Heritage and Gypsy/Roma youngsters.

The solutions offered by the Education Committee are predictable: more money, better training and greater incentives for teachers, more attention to health and well-being, more support targeted on the most vulnerable….. but we have heard these answers before.

It is evident from many sources that education in England does not afford success for many children.  Compared to most countries in the rich world, British young people between 11 and 16, are among the most unhappy at school, more dissatisfied with their lives, more often bullied and less trusting of their peers. The reported  happiness of  school-aged children continues to decline.

Neither is young people’s general mental and physical health good. In 2012 41% of English young children were judged as, ‘not achieving a good level of [health] development’. Although there have been some improvements, research  consistently demonstrates the negative well-being and social/mental/intellectual development impact  of poverty. The gaps between the attainment of  the ‘unseen’ disadvantaged children and their better off peers begins to show as early as age five.

The pandemic and resulting lockdowns will have widened the gaps and magnified our educational failings. Money is not enough, solutions must come from structural, philosophical and cultural directions.

Our forgotten children need schools to change. Schools must transform the shock of the pandemic into an opportunity to develop a fresh, professionally informed revision of the purposes of education, curriculum and pedagogy.  They need to pause and reflect, asking themselves some key questions: What values guide, unite and enervate the programmes in our schools? What range of methods should teachers use to communicate, motivate and engage? What truly generates and sustains teachers’ and students’ well-being? How do schools create environments where the chances of positive experiences are greater than the chances of negative? How do schools build relevant, motivating and sustainable cultures for all within their walls?

Schools have been driven to limit the palette of options open to youngsters. Class sizes are too big for teachers metaphorically and physically to get alongside and truly support each individual learner. Too few young people, too infrequently encounter the kind of exciting, engaging school-based experiences that light up their eyes.  The Pandemic has provided an opportunity to think about what we really value as a society and move forward in a more humanising direction that affords education success for all, where no child or group is forgotten.

Catherine Carden is Faculty Director of Learning and Teaching for Arts, Humanities and Education and Dr Jonathan Barnes is Visiting Senior Research Fellow