Mr Creativity – a candle in the wind? 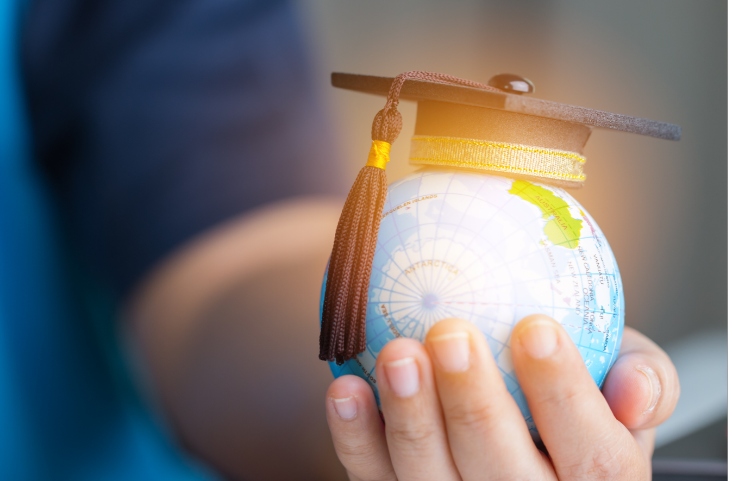 Dr Jonathan Barnes and Catherine Carden in the Faculty of Education discuss Sir Ken Robinson, who recently passed away, on his vital role within education.

A leading light of creativity in education has gone out.  Sir Ken Robinson PhD died on the 21st August leaving a legacy of generations of teachers and learners inspired by hisimpassioned thoughts and words on creativity and its vital role within the education of our children. But, in an age of algorithms, isolation rooms, standardised testing and super headscan this legacy last?

Robinson’s first TED Talk in 2006, ‘Do Schools Kill Creativity?’ has been downloaded morethan any other (currently 66 million times). It has been shared, in lecture halls, schools and conferences, with a further 350 million, inviting students and teachers to consider his arguments and reflect upon their own practice and purpose. I have used Robinson’s videos in teacher development programmes in Africa, Malaysia and India and can confirm that hisideas on finding and promoting creativity are not just widely appreciated but active in schools across the world.

In probably his last public video in May 2020, Ken Robinson spoke about the reassessmentslockdown and the pandemic had provoked in him.  He highlighted two challengesconfronting today’s world – the generally accepted environmental emergency and a crisis in education prompted by the fundamental question, ‘Who/what is it [education] for?’.  Both crises he suggests are best addressed by greater attention to culture and less on product. Inrelation to the environment this means paying caring attention to soil and ecosystems, inrelation to education it involves rethinking at every level the culture of standardisation that dominates curriculum and classroom, teaching and learning.   He asks that we question our current professional behaviours and cultures of prioritising certain ‘academic ‘subjects,‘pointless systems’, uniformity and endless tests throughout education. He wishes us toconsider replacing them with ‘mixed cultures’ that maximise on students’ individuality, diversity, talents, passions and boundless creative and collaborative possibilities.

Such educational themes characterised Robinson’s life in education. From his degrees,research, teaching and writing on drama and dance in the 1970s, to his leadership of theArts in Schools Project in the 80s,  professorship of Drama at Warwick in the 90s andchairing of the National Advisory Committee on Creative and Cultural Education (NACCCE)under the first Blair government, his message was to value the arts, build inclusive cultures and use education to affirm and build upon the talents in every student.  The illuminating and still influential materials from the Arts in Schools Project were (and are) hugelyappreciated by teachers but not the authorities of the time who ordered copies of its curriculum development materials for all schools to be pulped!

What should have been his greatest educational contribution was the government commissioned report of the NACCCE,  ‘All Our Futures’ (1999) a comprehensive and well supported argument for a change of direction in education.  It’s first section concluded.

The Report argued for the equal treatment of all curriculum subjects,  more formative andless summative assessment, an inclusive definition of creativity that covered all aspects of human life, positive responses to cultural diversity, the establishment of ‘creative partnerships’ between community and education and a recognition that schools were ‘no longer sole traders in education’, (Para 252, p.138)

The NACCCE report changed the lives of many teachers.   It was, sadly, only partly followed up by government. Creative Partnerships, an organisation that linked outstanding creative practitioners in the community in long term relationship with schools, was set up shortly after its publication in 36 of the most disadvantaged areas of England. However, its major recommendations, the recommendations that would have seen the most significant and sustainable impacts on children’s education; the recommendations regarding championing diversity and equalising the status of curriculum subjects were regrettably ignored.

Robinson and his family left the UK and moved to Los Angeles as Robinson took up post assenior advisor to the Getty Museum in 2001.  From there he launched a parallel career using social media, lectures, projects and conferences to fight for an education system that prepared students for the unknowable world of the future. In his talk Changing Education Paradigms (2010) he argued for an education based less on the industrial models of the 19thand early 20th centuries and more on the task of building on the huge potential in humans for creativity and constructing collaborative, compassionate cultures as well as taking on the ‘pandemic’ of ADHD.

Robinson’s commitment to finding The Element in every child is a mantra that all teachers should embrace every day in classrooms all around the world.  But, this can only be realised if all subjects hold equal value, we move away from judging children, and indeed teachers through the use of standardised testing, stop taking children out of the arts in order to complete interventions and we commit wholeheartedly to a broad and varied curriculum that meets the needs of all children and allows them to develop their talents.

This message never more important, as we consider the future of education during andafter Covid. The fundamental issues are the same – low standards, a narrowing curriculum,masses of undeveloped potential, many young people not liking or valuing school, a system that inadequately prepares youngsters and teachers to confront the personal, social, cultural, environmental and moral issues ahead.  Are we brave enough to pick up to torchKen Robinson has handed us and continue to light our way?