Meghan, Harry and royal race-scapades: tales of the totally expected.

Meghan, Harry and royal race-scapades: tales of the totally expected. 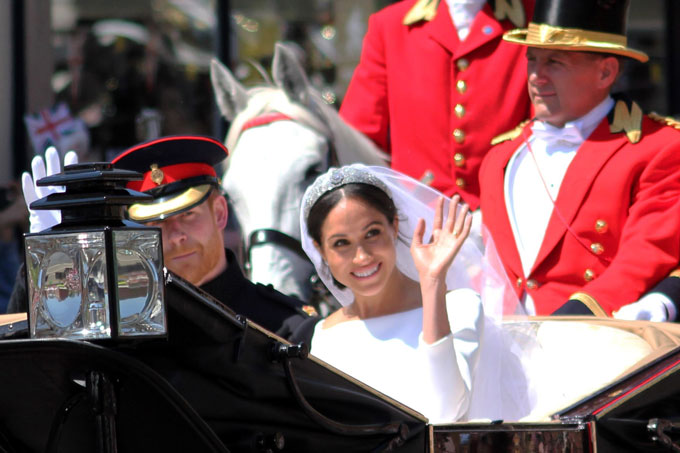 The unfolding media circus around Piers Morgan walking off GMB in response to being criticised for his comments on the on-going issues is simply part of a drama that is consistent with how race and racism is completely misunderstood in the UK. Both the mental health issues and racism allegations are written out of the discussion in particular ways that contribute to this misanalysis, and are fundamentally part of how racial, classed and gendered oppression work all the time.

The interesting thing here are reactions. Not Meghan or Harrys. But everyone else. This is where the real spectacle lies, not in the presumed royal targets of the millions of social media-ready thumbs and eyes, but on the multitude of racism-denials that almost algorithmically get generated, as soon as someone mentions the ‘R’ word (racism, not royal).

There is a recent history here, since Markle’s symbolism has been the focus of debate ever since the ‘audacity’ of the act of trying to belong and that has often been disguised in language comparing her to Kate Middleton in terms of class, prestige, breeding, family. There are powerful fantasies at play in this drama, and the visceral reactions from both public, politics and media agencies reflects back to us how deeply engrained these ‘race’ and ‘post-race’ fantasies are.

The breakage, or what a Sociologist might call ‘disruption’ in the everyday order and meaning making context for ‘national’ identity stories, is a fracture of the legacies of empire, and imperial power. It is the disruption that is generating anger, indignant denials, and the nationalist, patriotism-fuelled shout-back that shows us some of the fabric our society is woven from.

Along with the racism-denials, underpinned by indignant shock, is the conspicuous separating of race from class. That as a monarchy steeped in 1200 years of class based, hegemonic economic, material, social, cultural and political rule, defined and determined by divine ordination and blood purity, and extractionist power base in the driving seat of machinery that controlled every aspect of 25% of the globe, including its horrors, may have implemented race, is no surprise. This has been in contemporary discussion for a while. But that these revelations of racism should happen now, after a year of high profile media coverage of Black Lives Matter, Statues being toppled and Brexit, as well as the increased momentum of widening and some would say ‘decolonising’ education, and the data that tells us BAME people are more likely to die from Covid-19 than other people because of racial structures, well, the outrage is palpable. But the outrage, articulated as denial indicates something for us. People of colour, racialised minorities, those who exist as counterpoint in the imaginations of those who exist as the ‘norm’, have voices that cannot be denied, despite denials and protestations from ‘anti-anti racists’, ‘anti-woke’ groups’, and those who fail to understand how race works, for all of us.

When racism is denied, both the experience of racial trauma is denied, and the origin of that racist act is left without culpability or potential for redress or justice.

The denial of racialised experience and the ensuing trauma, here expressed by Meghan as being embedded in other feelings of isolation, alienation, and the resulting mental health issues, is fundamentally denying personhood, selfhood.

The allegation that there were ‘concerns’ about the colour of their baby, has been taken out of context by multiple commentators, to apparently show its ‘innocence’. Perhaps as a nod to ‘gentle’ racism, versus ‘awful, real’ racism, or what Alana Lentin has called ‘Not-Racism’. What is missed is that since its inception, racialised colonial power and slavery, relied on the birth of babies as a tool to replenish the unending slave labour force.

So, when someone in the British monarchy speaks about how dark the baby is going to be, context is rather important, is it not? The very subject of hereditary power, marriage, royalty, and bodies out of place lends itself to a race-class-gender analytic that is consistently denied and under-explored. Why? Because the outrage, and the visceral denial-reaction that a) the royal family could be racist, b) such a thing as racism still exists, c) this was ‘real’ racism, or d) she was telling the truth, is itself a pathologically related race-class blindness deeply embedded inside the political, social, economic and racial foundations of this country’s colonial repertoire.

The sovereign power embodied by the monarchy is throughout history the epitome of absolute denial of any and all other person and selfhood the sits outside of this divine / blood purity power base. The relationship the populous has with any member of the monarchy as a cultural and historical institution, is not person to person, it is subject to ruler.

In the UK then, we have a long history of critical thought around this thing called ‘class’ or ‘class-identity’, and the antagonistic relationship with the Royal family. And yet, where is the relational class-race component? There is little analysis in media coverage or popular discussion of whiteness as a structural power, and so while on the one hand, ‘race’ is everywhere at the moment, it is also no-where to be properly seen and pulled apart.

The mistaken, mis-read analysis of racism within the royal family towards Meghan, Harry and their child is erroneous not because it doesn’t exist, but precisely because it cannot NOT exist. The racially structured logic of a society fundamentally bult on stratified labour, extraction of value from labouring bodies, and the maintenance of those power relations through advanced, consumer and cultural capitalism is simultaneously raced and gendered, as Social Reproduction theorists and intersectional writers have long argued.

While the couple have been congratulated in the US for their honesty here in the UK, it feels like a different story. And this is because there are overlapping and different race-class-power histories at play. The denial of racism is at once the denial of racialised power, at work in every level of society. That’s why the term institutional racism exists, first used in 1967 by Stokely Carmichael and Charles Hamilton. Since then, it has been an on-going challenge to pinpoint culpability in the face of institutional oppression.

Despite the power and privilege at play in the couple’s lives – they cannot be separated from it – they are also pointing to an institutional racism and deeply systemic raced and classed inequalities that the majority of those who experience it, will never get a chance to be interviewed about by Oprah Winfrey.

The ‘who-dunnit’ element to this story is a powerful, consumer cultural distraction from deeper, larger and longer-historical issues. As I advise students, to analyse what ‘racism’ is, one needs to look at what race is in any given moment, because it changes, and the targets of ‘race’ change from period to period, society to society, and group to group.

We may have been hopeful that an institution such as the Royal family might embrace the changed embodied by Meghan, Harry and their family, but given the history of such institutions, the ensuing debacle it is hardly surprising. As Audrey Lorde’s cogency warned, and as Meghan may have realised, ‘You can’t dismantle the masters house with the master’s tools.’