Is there a future for RE in schools?

Is there a future for RE in schools? 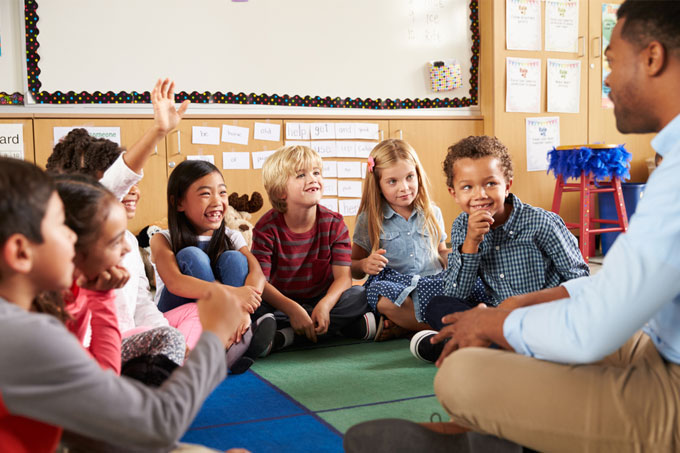 Professor Trevor Cooling looks at today’s report on RE in schools by the Commission on Religious Education and asks: is it a game changer?

Religious education (RE) has occupied a unique position in schools since the 1944 Education Act when it was made a statutory requirement for all pupils of compulsory school age. A lot has changed since then.

Conceived as induction into the Christian heritage of the nation through learning the Bible, it now seeks to equip pupils for life in a multi-religious world where a recent poll reports that only 3% of young people identify with the established Church.  How on earth is it supposed to achieve this? The interim report published today by the Commission on Religious Education (CoRE) attempts to point a way forward.

The fourteen commissioners offer a mixed forecast. On the one hand they paint a picture of a subject on the brink of extinction. Excluded from the EBacc by Michael Gove when he was Secretary of State for Education, it appears that significant numbers of schools, particularly the Government’s flagship academies, ignore RE in favour of subjects which offer hard currency in gold-standard performance measures.

Qualified RE teachers are increasingly hard to find and most primary schools will have been lucky to have received three hours training in their teaching qualification.

On the other hand, those lucky pupils taught by good teachers in schools that take RE seriously tell of being inspired by the subject because it initiates them into rigorous academic consideration of issues that really matter to them.

In a world permeated by fear of extremism, they appreciate learning about differences of belief and practice and being helped to navigate their way through its complexities. CoRE argues that it is a serious inequality that so many pupils do not have the opportunities that the fortunate, well-taught experience.

The CoRE solution can be boiled down to two straightforward proposals. CoRE calls first for the establishment of a national entitlement that all pupils in all state-funded schools should experience in their education. This will ensure that everyone leaves school equipped with a basic level of literacy when it comes to matters of religion and belief. It is not a national curriculum or syllabus, so allows considerable freedom for the development of local responses. But it ensures there is a clear, shared vision of the framework for all syllabuses.

Second, CoRE proposes that every school should be required to publish on its website how it provides the national entitlement for its pupils. By making schools accountable in this way, the inequality that currently exists in RE provision will be reduced. No longer will schools feel justified in ignoring RE in the cause of better performance scores in subjects that are perceived to really count.

Reports on RE come and go. Rarely are they game-changers. With RE, the last to have that status was published in 1971 when it introduced the concept of multi-faith RE. It gave what was a dangerously tired subject a new lease of life and re-envisioned teachers. Is CoRE such a game-changer?

I am cautiously optimistic – for two reasons. First in its identification of a national entitlement it offers a unifying vision that can be interpreted in ways appropriate to different schools.  This is the Holy Grail of RE. That unifying vision draws on the concept of worldview, the notion that human beings understand the world through the visions of human life that they both inherit and choose as a result of their own particular experience and which they sometimes share with others in organized and institutional settings as religions. CoRE maintains that every pupil needs to learn about this incredibly important dimension of human life using all the resources offered by an academically rigorous education.

Second, CoRE proposes an innovative but simple idea for untangling the structural arrangements around RE, namely that schools and, most importantly, their head teachers will be accountable for explaining how this vision happens in their schools. Vision may inspire, but inspection focuses the attention.

The CoRE interim report is available here. A public consultation will commence in October with the final report published in September 2018.

Trevor Cooling is Professor of Christian Education at Canterbury Christ Church University and Chair of the Religious Education Council of England and Wales. The Council provides the Secretariat to CoRE. Trevor’s expert comment is made in a personal capacity.