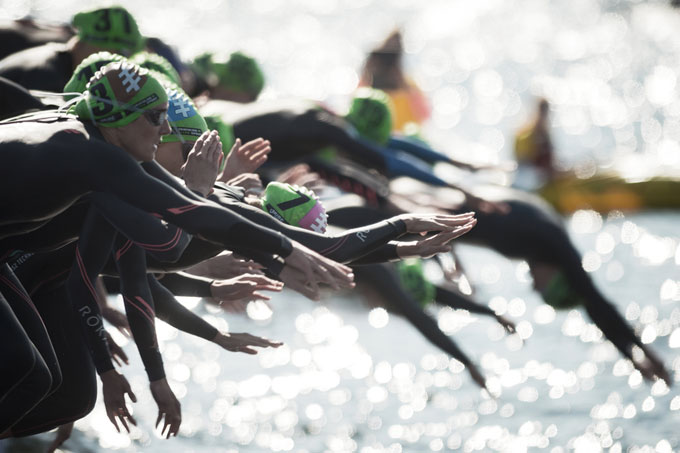 An Ironman has two distances of 70.3 miles (known as a half-Ironman) or 140.6 miles (known as a full Ironman), but for the Ironman UK weekend in July, there has been an addition to the schedule. Iron Girl will be a 5 kilometre fun run marketed as being open to women of all abilities, yet limited to those of 16 years and over.

Iron Girl was originally launched in 2004 in the USA, but this is only the second time it has been incorporated in an Ironman UK event. Internationally, Iron Girl events come in different shapes and sizes, for example in the USA Iron Girl events have included half marathons, sprint triathlons and duathlons.

The announcement for the 5k Iron Girl was released in the same week that Jasmin Paris completed the monumental achievement of being the first woman to win the 268 miles Montane Spine Race, beating all the men and breaking the course record by 12 hours, whilst also expressing breast milk at aid stations. For some female athletes, the terminology Iron Girl may feel inclusive, however, for others, at a time when we have so many inspirational female athletic achievements and numerous females entering the Ironman competitions, it may seem incredibly patronising. Perhaps the divisive terminology of Iron Girl is the problem?

Although it is positive to see an increase in inclusive events and campaigns which aim to promote participation in physical and sporting activities, the use of the term ‘girl’ for events which are only open to women over the age of 16, could be seen as a way to infantilise women. At the same time as the Ironman is considered to be one of the hardest races in the world and a huge achievement to finish, the Iron Girl event in this context is a fun run at 67.2 miles shorter than the half Ironman, with only a running element.  Additionally, there is also a lack of a shorter event for men: Iron Boy? Surely, to be fully inclusive, there should be male equivalent. Yet, it is highly unlikely that any sporting event advertised to males over the age of 16, would use the term ‘boy’.

This all begs the question whether there is potential for a more generic inclusive starter event within the Ironman family such as Iron5K or Iron3.1?

Since this expert comment was published the Ironman UK weekend event, Iron Girl, has been renamed to the ‘Night Run’ and has been opened to all aged 16+ and therefore now includes entries from men as well as women. Ironman England have since apologised on social media recognising that they have ‘missed the mark’ by originally calling this event IronGirl. They continue in their apology to state that ‘the event was in no way intended to diminish the achievements and capabilities of women’. This is a very positive step, that the Night Run is now a much more inclusive starter event and perhaps the labeling of events will be considered more carefully in the future.