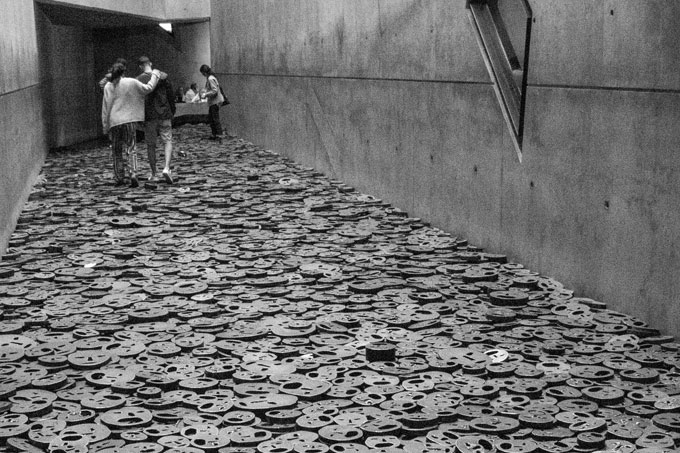 Dr Maria Diemling looks at the alarming rise in anti-Jewish attacks and our responsibility to speak out against Antisemitism.

Wednesday, 27 January is Holocaust Memorial Day. The date was chosen to commemorate the liberation of the most deadly of all Nazi death camps, Auschwitz, by the Soviet Army on 27 January 1945. It is a national and international day of remembrance, of what the historian Dan Diner called the ‘rupture of civilisation’, the industrialised and state-sanctioned mass murder of the Jewish people in Europe.

Recent surveys have demonstrated the increasing ignorance about the historical events of the Holocaust. A US survey published in September 2020 found that nearly two-thirds of American millennials do not know that six million Jews were killed during the Holocaust, a quarter of respondents said they believed the Holocaust was a myth, or had been exaggerated, or they weren’t sure and, shockingly, more than one in 10 believe that Jews caused the Holocaust.

The picture in the UK is somewhat more nuanced. A comprehensive study by the Centre for Holocaust Education at UCL showed in 2016 that ‘oversimplifications, myths and misconceptions’ have not been effectively addressed in teaching although the Holocaust has been part of the national curriculum for nearly 30 years. However, the report also found that young people strongly agree that hatred, prejudice and racism is dangerous and that the Holocaust must not be forgotten – even if they don’t know very much about it.

In the nearly twenty years that I have been teaching Jewish history, religion and culture in Higher Education, I have mostly covered Antisemitism from a historical perspective as a matter of the past. I can no longer afford to do so.

In recent years there has been a sharp rise in Antisemitism and anti-Jewish attacks on individuals and Jewish institutions have increased dramatically. In 2019 the Community Security Trust recorded 1,805 antisemitic incidents in the UK, the highest total ever recorded in single year. These include antisemitic content on Social Media, 157 incidents in the category of Assault, damage and desecration of Jewish property, threats, abusive behaviour and incidents involving mass-produced antisemitic literature. I now need to teach the hatred of Jews as a contemporary phenomenon to help my students understand how, for example, conspiracy theories that blame Jews for Covid-19 draw from antisemitic lore of old.

Antisemitism is unfortunately not limited to the extremist far-right on the fringes of society but is also prevalent on the Left as Labour’s unwillingness to address antisemitism in its midst under the leadership of Jeremy Corbyn has shown.

Holocaust Memorial Day is an opportunity to pause and to commemorate the Jewish victims of the Nazi genocide. This year’s theme ‘Be the light in the darkness’ that encourages everyone to take action to ‘be the light’ needs to include our individual responsibility to speak out against Antisemitism on Social Media, in our communities, amongst our colleagues and students.

A Holocaust Memorial Day is meaningless if it does not remind us of the suffering experienced by Jews because they were Jews and alert us to the sobering reality that Jews are still – and again – victims of prejudice and violence simply for being Jews.

Dr Maria Diemling is Reader in Jewish-Christian Relations in the School of Humanities and Educational Studies.