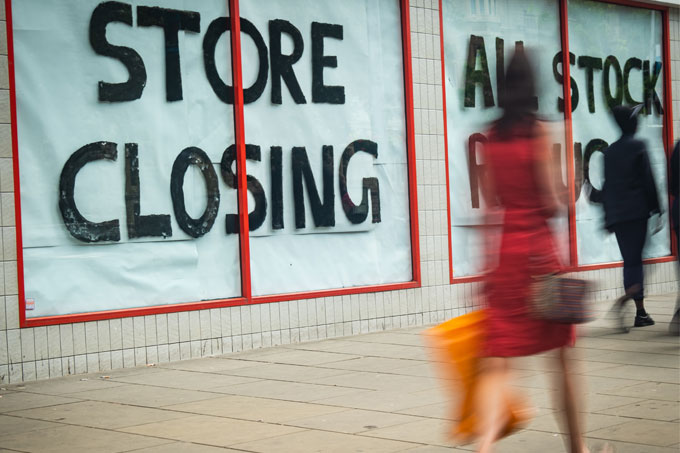 Dr Jake Monk Kydd reflects on the current plight of our high streets and the retailers that are trying to survive on them.

The year 1778 was notable for several major events. Captain Cook discovered the Sandwich Islands, although the people living there had discovered them centuries earlier. Britain and France declared war, while the American War of Independence gathered momentum. Elsewhere Oliver Pollock invents the ‘$’ symbol, while William Clark opens what was to become the first Debenhams’ store in London’s Wigmore Street selling fabrics, bonnets, and gloves.

December 2020 has witnessed the announcement that Debenhams is to cease trading after 242 years. A hoped-for deal with JD Sports has been withdrawn on the news of Arcadia’s fall into administration which seems to have sealed Debenham’s fate.

The structure of Debenhams meant the deal was never really likely to proceed. The loss of the Arcadia concessions made the proposed deal look even less appealing to JD Sports. Even a casual observer cannot be surprised by these developments.

Arcadia with a range of brands including TopShop, Burtons, Dorothy Perkins and Miss Selfridge had their high-water mark before they too entered administration this week. The high point could be 2005 when CEO Phillip Green paid his wife a £1.2billion dividend. By 2015 Green sold the Arcadia BhS chain to now jailed entrepreneur Dominic Chappell for the knockdown price of £1. BhS finally collapsed in 2016.

The story of these firms illustrates the brutal nature of the retail industry. The earlier collapse of once well-loved retail brands such as Woolworths (2009) was an early indicator of change.

Other big-name retailers who have recently faced administration or bankruptcy include Jack Wills, Karen Millen, Bonmarche, among others. Even M&S have announced the closure of around 120 stores to keep trading and maintain profitability.

Herein lies the crux of the matter, sales. The British like to shop. Happy to embrace the high street, followed by embracing retail parks and out of town shopping palaces such as Bluewater and Lakeside, the British made shopping and consumerism a national pastime. When the internet arrived, we were soon enthusiastic devotees of this new way to buy too. This was fuelled in part with a seemingly unquenchable thirst for throw-away fast fashion, low prices and easy returns policies.

Debenhams, Arcadia and others were slow to realise this and make the change. Retailers such as Next, MISSGUIDED and of course Amazon, embraced it. Remember electrical giant Comet? Adapt or perish, for long the high street mantra, just as Comet might have said to previous UK electrical giant Rumblelows.

With a 2020 peak of 33% of retail sales being done on-line, a decline in the demand for office space, a drastic drop in footfall (by 80% in central London), high streets need a new post-pandemic format to make them viable for the future. A rising demand for town-based residential properties might be the answer.