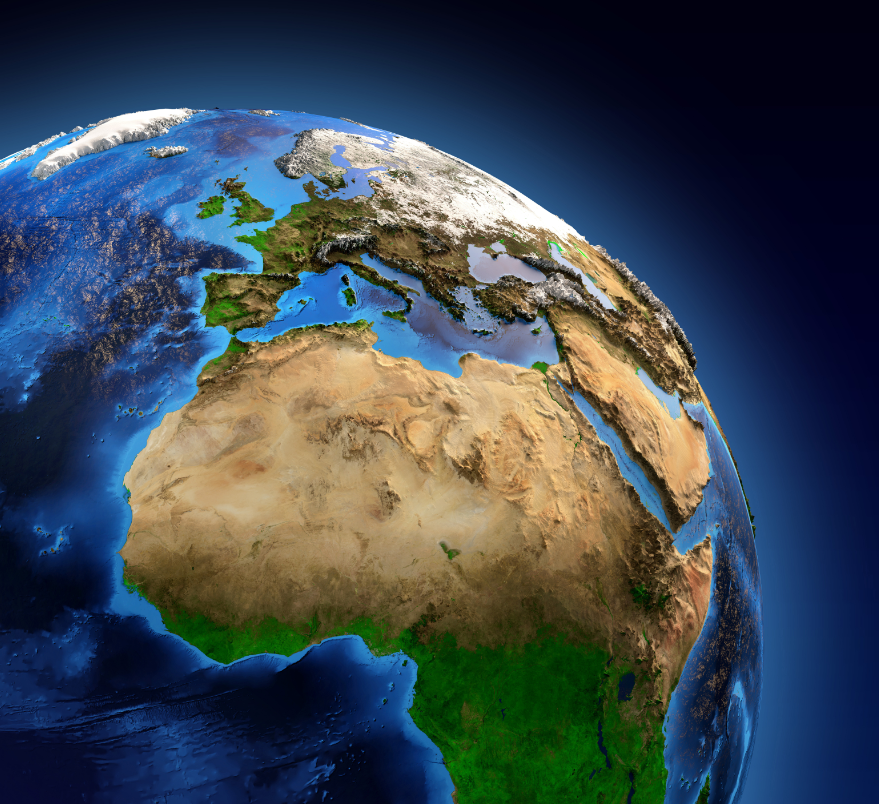 Earth Day 2021 on 22 April will focus on the theme ‘Restore our Earth’. Earth Day is an opportunity to follow the famous adage of the environmental movement to “Think globally, act locally”. However, global thinking is more than ‘wishful thinking’ and needs to be underpinned by sound knowledge. This is where maps come in.  They are one of the most important means of disseminating information about the state of the planet and, for better or worse, cartography provides a powerful means of drawing attention to issues as varied as social inequalities, climate change and biodiversity loss.

Unfortunately, in the past mapping has been implicated in the exploitation of peoples and environments. Knowledge is power, and the powerful have always used maps to organise, manipulate and coerce. Maps were an important tool of colonialism, used to claim spaces and then record, manage and channel resources for the benefit of the imperial state. This aspect of mapping has not entirely vanished, and today geographers, educationalists, and others remain wedded to the need to lift the veil of supposed objectivity of cartographic representations and reveal the powerful interests and structural violence that are still served by mapping.

Recent discussions around issues such as the legacy of slavery and ‘Black Lives Matter’ have given extra impetus to the need to de-colonise cartography and the resources which support the school curriculum. This is not just to question how history and geography lessons are currently taught in relation to the ‘colonial period’, but to recognise that many maps still perpetuate western centred worldviews.  An obvious example is the way that world maps still position Europe in a dominate position at the centre and top of the page.  We are so familiar with this representation that it often goes unquestioned, perpetuating a biased view of the world-system and of European superiority.  Map publishers have claimed that there is little appetite for other ways of representing the world, for example ‘turn-about maps’ (with south to the top) or Pacific centred maps; but here lies the paradox – these publishers along with academics and educators must take a lead in their promotion, and explain their role for better understanding global relationships. And it is not only at the global scales that maps can facilitate inequalities, but at the local scale too – for example, through ‘red-lining’ of whole districts in terms of access to resources such as credit, stereotyping people and places, or exploiting specific resources.

Earth Day is a key event in the calendar when we focus on the planet, and it is a chance to highlight why the tools which inform us about the world need to be sound and transparent. The authors of this piece have been involved in its promotion better mapping since the 1980s and are currently working with key UK organisations such as the British Cartographic Society and the Geographical Association to press for better standards.  All cartographers have to make compromises, deciding what to include and what to leave out.  And they reflect the concerns and values of the cultures that produces them.  Seeing maps as texts which need to be deconstructed helps to reveal what, as the geographer Brian Harley put it, lies behind ‘the mask of seemingly neutral science’ (1989: 7).  Maps are meaningful and they matter.

Peter Vujakovic is Emeritus Professor of Geography and is the Chair of the British Cartographic Society’s Education Committee. Peter is author of a forthcoming chapter ‘Dark cartographies: mapping and slow violence’ in Geographies of Slow Violence – Edward Elgar Publishing

Dr Stephen Scoffham is Visiting Reader in Sustainability and Education, recent President of the Geographical Association and author of numerous school atlases.

Dr Paula Owens is a Visiting Research Fellow in Geography and adviser on primary education to a range of organisations including the Geographical Association, the BBC, and the Ordnance Survey.