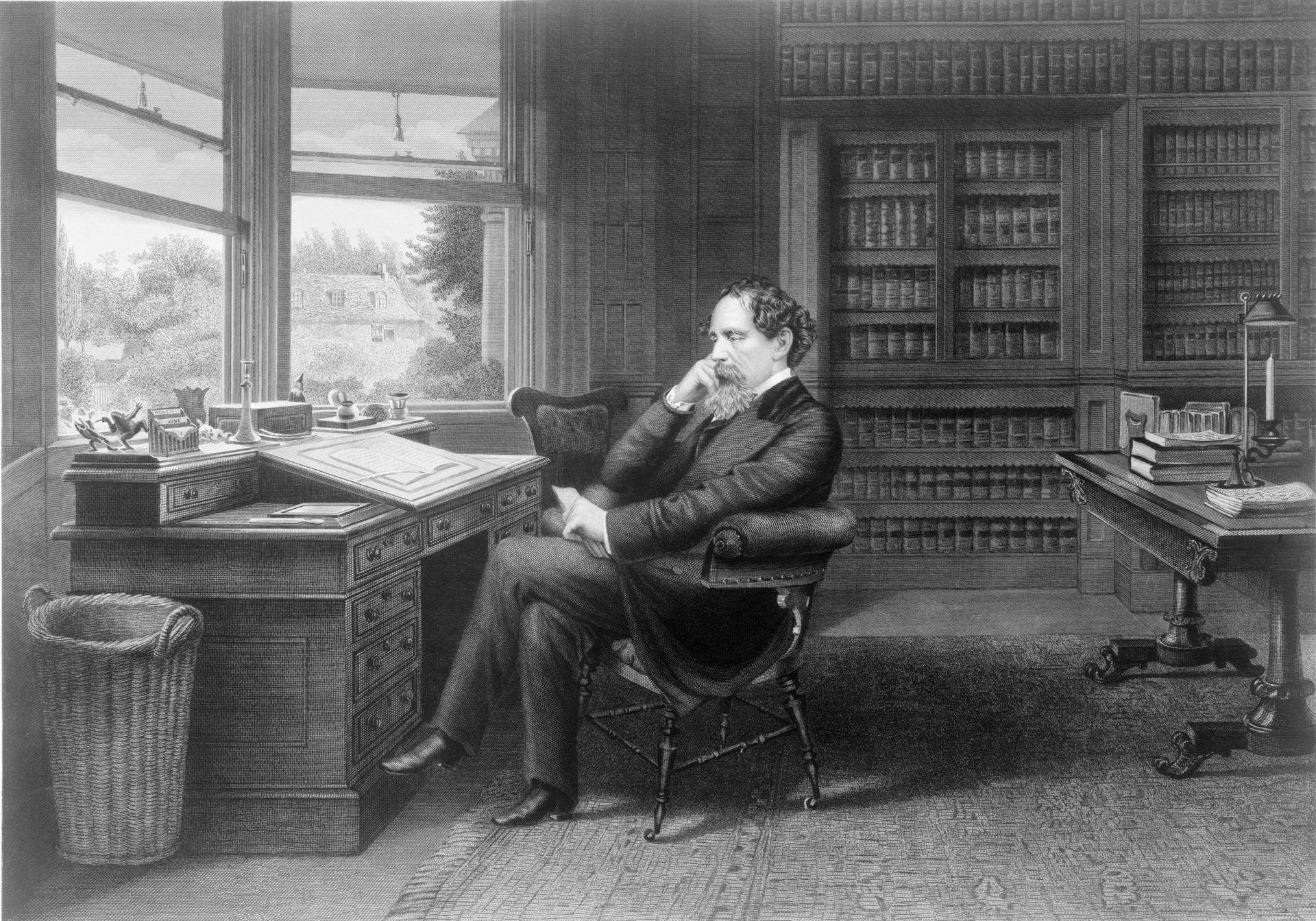 To mark the 150th anniversary of Charles Dickens’s death this year, Professor Carolyn Oulton discusses the writer’s connections with Kent.

Billiard room? Conservatory? Drawing room? Or maybe we should start in the library? No this isn’t a game of Cluedo, although it does involve snooping round a family home unearthing secrets. To be precise, we are in Gad’s Hill Place, near Higham in Rochester, where Dickens was still working on The Mystery of Edwin Drood at the time of his death in 1870. A rare copy of the sales catalogue, now held by the British Library, shows an attractive and substantial house with its own vinery, coach house and stables. A testament indeed to the success of a young boy from the Medway whose father once told him that if he worked hard he might one day come to live in a house like this.

‘Dickensland’, part of a Kent Maps online project being developed by Canterbury Christ Church University in collaboration with JSTOR Labs, follows Dickens and his characters round Kent, from his childhood in the environs of Chatham Dockyard to his triumphant return to Gad’s Hill as a famous author in the 1850s. Following the advice of Victorian guide books, we make our very own literary pilgrimage across Kent. Along the way we meet David, the boy who runs away to Dover – or should that be Broadstairs? – and Pip, the blacksmith’s apprentice from the marshes who wants to be a London ‘gentleman’. We track down the inn (we like to think) where Magwitch lies low before being ruthlessly recaptured by the forces of law and order. We dodge Edwin Drood’s Rosa Budd (she really is the most drippy young woman) and drink tea with Snodgrass from The Pickwick Papers. In the course of our adventures we are insulted by beautiful young women, treated kindly by motherly landladies and befriend a range of eccentric characters. Among the most startling is a Major Budden, who was living at Gad’s Hill in the 1880s when the house dramatically caught fire. We cannot help wondering what the health and safety experts would make of this account, ‘It is the old story – a leakage of gas, a naked light, and an explosion; happily, Major Budden’s supply of hand-grenades did their duty and saved the building.’

If you would like to join us for our project symposium on  Wednesday 12 February and commemorate the 150th anniversary of Dickens’s death, contact carolyn.oulton@canterbury.ac.uk. Or you can keep up with developments at #KentMaps. Any takers for Drood, in the library with a candlestick?

Carolyn Oulton is Professor of Victorian Literature and Director of the International Centre for Victorian Women Writers (ICVWW). She is also subject lead for Creative and Professional Writing in the School of Humanities.