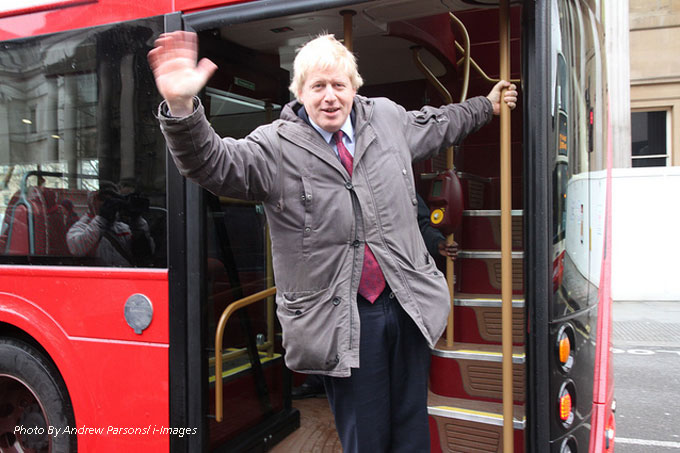 Dr Mark Bennister, Senior Lecturer in the School of Politics and International Relations, discusses Boris Johnson’s announcement to campaign for Britain to leave the European Union.

And so to watch Boris in action at City Hall. By chance I was there to see how questioning the Mayor works as part of a wider research project on prime ministerial accountability to the legislature. Of course this was the morning after the night before and it’s all about Boris and Europe. The Mayor’s Question Time was supposed to be about the budget, but Boris – and to be fair several assembly members – was determined to make it all about the EU.

Boris doesn’t really hide his general disdain for the GLA. After all it is a largely toothless body that has limited powers over the Mayor, so in return he pays it lip service and can’t get out of the chamber quickly enough. The setup of the Chamber provides an interesting backdrop – the Mayor sits alone at the helm as a later day Pontius Pilate. He mumbles to conservative members occasionally, bumbles through his papers when lost for answers and generally looks rather irritated. Of course the media are there, so he takes every opportunity to elaborate on his, still ill defined, anti-EU stance. ‘The EU is costly’, ‘the EU is intrusive’, ‘supranationalism is not necessary’ and so on, but he is feeling his way unconvinced of his own half-arguments. He is desperately trying to sound reasonable – he agrees with the European arrest warrant for instance, but could it be negotiated intergovernmentally? He tries not to sound like Farage, but ends up doing so – much to his own chagrin. Watching Boris at work shows up his strengths and weaknesses. He swats away the flippant attempts to challenge him – you just can’t outclown Boris or outsmart him. Labour’s Andrew Dismore tried a game history lesson exchange, but it proved the wrong line of attack. Dismore’s more forensic questioning though exposed how Boris can’t be bothered with details. A report not read, a committee response ignored and so on. He’s planning for greater things than ‘pointless’ local issues.

Boris may have made his greatest error in taking the Brexit line. As Mayor he championed London’s place in the EU; his strategic plan warned of the risks of Brexit for London. So his volte face stretches credibility. He is no longer interested in acting on behalf of Londoners – if he ever was. London was a play thing on the way to a higher calling. The road though is likely to be a rocky one. As his father warned, he may have terminated his own career with this shift. Boris as Mayor had a personal mandate and an office in which he could pursue an agenda without serious challenge. He will use his last months in office to try to hone a Eurosceptic message that resonates with the public and boosts his standing, but after May he’ll be out on his own – as he so often is.

Join the debate at the School of Politics and International Relations next event, Brexit Debate: Should the UK Leave the EU? taking place at 5pm on Friday 26 February in the Old Sessions House building, North Holmes Campus at Canterbury Christ Church University. For more information and to book a place visit the University website. This post was first published on the Canterbury Politics and International Relations blog.