A liberal and tolerant society?

A liberal and tolerant society? 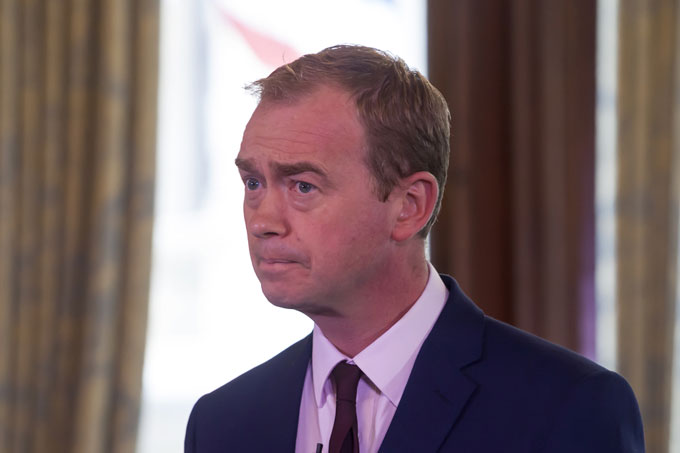 Professor Trevor Cooling explores whether Tim Farron was correct when he said you can’t hold faith and public office.

Sin is an amazingly short word to have brought a political career to an end. If Donald Trump is ever impeached, it will be because of wrong doing. However, despite the widely circulated video of him boasting openly about his sexual harassment of women, he still secured millions of votes from the sin conscious community of born-again Christians in the US.  But stumbling over whether or not he thought homosexuality was a sin in front of media microphones during the election campaign this week, cost Tim Farron his job. It appears that struggling to speak about sin is more politically toxic than unrepentant sinful action.

There is of course a legitimate debate to be had about Farron’s views on homosexuality and, indeed, whether they are even biblical (although we don’t actually know what they are as he never said). But that is not the issue here. Rather my concern is that despite our pride in modern plural Britain, where we boast that tolerance and respect for people of all faiths and none are fundamental British values, it seems that an experienced politician who is decent enough not to want to impose his views on others feels he cannot both be faithful to his personal Christian convictions and serve as the leader of a liberal political party.

Despite his seeming integrity as a person, even a hint that he might hold unexpressed personal views outside the mainstream was enough for him to be pursued by journalists. Maybe society feels more at home with Trump’s approach to sin? Maybe we regard strong leadership as manifested more in Trump’s brazen approach to his sexual views rather than Farron’s stumblings in his attempt to be true to his Christian convictions?

The University of Kent academic Anna Strhan’s highly-regarded  sociological research offers scholarly insight into the struggles that Christians like Farron who aspire to be biblically faithful experience as they seek both to serve well in the their professional lives and to be true to their religious aspirations. Many of them are liberal in the Farron sense of seeking to serve the good of others rather than imposing their views on them. Doctoral students at Christ Church undertaking research with Christian teachers confirm Strhan’s conclusions. It’s a personal, often debilitating, experience. And of course that is also true of believers from other religions.

The research is telling us that our secular, plural, tolerant and respectful society is a tough place for many religious believers to work in. Does this matter? Maybe not, if you think that traditional religious believers are dangerous bigots, a view that appears all too prevalent in social media but isn’t borne out in Strhan’s research. But when it means that we lose the contribution of a person like Farron, whatever one thinks of his politics it seems to me that our democracy is the loser.

Improving religious literacy is the current popular solution to challenging intolerance. All well and good if we had a clear idea what it meant.  My hunch is that Farron’s retreat from political life points to a need for the churches and other religious communities to support their members better in the quest to be religiously faithful in a liberal society.

In academic terms that means paying attention to hermeneutics, the task of interpreting and applying Scripture in contemporary contexts. But there is also a role for the State here. In the UK, most schools are required to provide Religious Education in their curriculum for all pupils. This subject offers a huge opportunity to help young people in learning how to speak of sin and other controversial matters in ways that do not impose views on others, but enables them to be discussed in an adult and reasonable fashion. Here they learn how to be religiously literate by practising “begging-to-differ” in a scholarly way. Unfortunately the government has seriously undermined the subject since Michael Gove left it out of his EBacc. However, there is now an opportunity as a two-year Commission is currently working to revitalise RE in schools.

Maybe if the Commission succeeds, people like Tim Farron will be better equipped to be true to themselves whilst serving others in our liberal society. Or maybe Farron is right – we are kidding ourselves if we think we live in a liberal and tolerant society.

Trevor Cooling is Professor of Christian Education at Canterbury Christ Church University and Chair of the Religious Education Council of England and Wales.