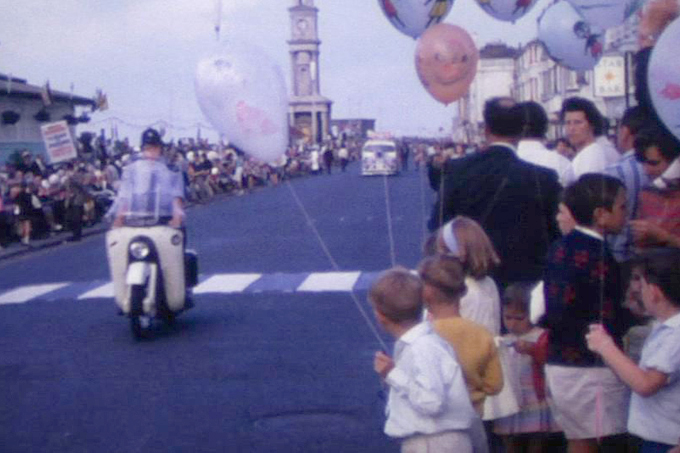 Here is more film of Herne Bay Carnival in 1967 but this time shot by John Clague RIBA, who produced a Herne Bay newsreel annually between 1935 and 1970.This clip comes from his 1966-67 newsreel. The original film had music and commentary (but can’t be included for copyright reasons). The script for the commentary was as follows:
“Carnivals don’t just happen. There’s a lot of organisation beforehand and on the day itself the officials, the marshals and judges have to be briefed and this is the final conference over a cup of tea in the councillor’s chamber. Outside there is an area of expectancy. The guests from other towns arrive. The stage of preparation is over and all we now want is the procession. And here led by the band of the Parachute Regiment is the 1967 Carnival. Pride of place of course is to Miss Herne Bay and her ladies in waiting and behind her, well just sit back and watch.”
John was a keen amateur filmmaker who lived in Herne Bay but worked in Canterbury where he set up Clague Architects.