John Clague RIBA produced a Herne Bay newsreel annually between 1935 and 1970. This clip comes from his 1938 newsreel during the ‘Munich Crisis’ when air raid shelters were built in preparation for war.In September of that year there was  John was a keen amateur filmmaker who lived in Herne Bay but worked in Canterbury where he set up Clague Architects. 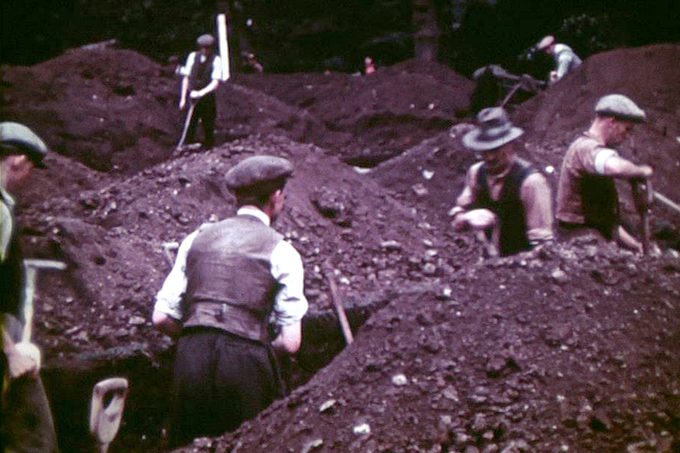