Culturosity from the ‘Facilitator’s perspective.

Culturosity from the ‘Facilitator’s perspective. 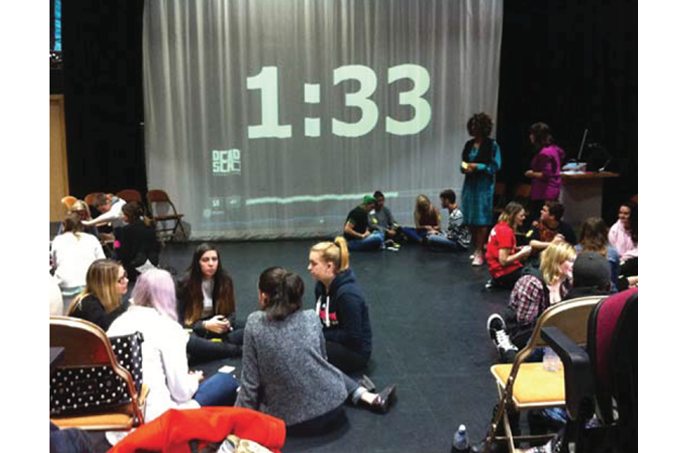 Two Alumni students who facilitated workshops mentioned how they wished they had had the opportunity to take part in the workshop during their own induction weeks, when they were students:

“I think it would have really helped us to […] understand each other and our differences from the start.”
– Sue Copper (Alumni )

“From a personal experience, fitting in and making conversations and meeting new people was daunting and I felt a bit more support was needed. I really hope this workshop helps this year’s cohort!”

Some students were participants of the workshop in their first year, and have since run the workshop themselves:

“Having attended the Culturosity workshop as a fresher- I saw first-hand how beneficially and quickly it allowed students to open up and give them a platform to talk openly in a safe environment. It is a privilege to be a workshop facilitator this year for the project.”

From the feedback received it seems the general opinion was that the workshops were highly beneficial in forming relationships, and promoting diversity.

“For me, it was great to watch the students relax and open up and the difference between the energy in the room from the beginning to the end of each session was a clear indicator that the workshop benefited the students.”

“I think the main thing the students took away is that they are actually very diverse from one another. Going through the protected characteristics and identifying differences that way was definitely effective and often triggered them to think of other differences they all had.”

The student participating in the workshop were not the only ones benefiting; those students (and alumni) running the workshops felt they gained some valuable personal development:

“I felt I benefited from being a workshop facilitator just as much as the students. Confidence in talking to a large group and leading them in tasks but especially a level of confidence in approaching/talking about personal topics that I would have perhaps shied away from in the past. It was a real eye opener and a steep learning curve for me.”

“The entire experience was great, I feel like it really forced me to change the way I think and be more considerate and mindful of the things that I say to others. It cemented my understanding of how important it is to be appreciative and inclusive of peoples differences. In terms of being a facilitator I feel it boosted my own confidence and improved my ability to talk to strangers and feel comfortable in doing so.”

We are looking forward to the project growing as years go on. In 2015, the project begun exclusively as part of the induction for the School of Music and Performing Arts; in 2016 it expanded into other programmes within the Faculty of Humanities and we hope to see it continue to expand across schools and faculties throughout the University in the future.