I have received an email from Dr Lesley Hardy to say the Anglo-Saxon Candlemas concert last Saturday was a great success at SS Mary and Eanswythe church in Folkestone. About 150 people attended and heard poetry and other readings, as well as musical items, including plainchant. I believe the final preparations are underway for the exhibition in Folkestone library that is coming soon on the ‘Finding Eanswythe’ project, so do watch out for further notices.

Regarding future events involving the Centre, there are two next month. I mentioned the Somner conference last week which will take place on Saturday 23 March www.canterbury.ac.uk/william-somner, and Dr Diane Heath and I will be representing the Centre at the Historic Swale Fair in Faversham on Saturday 2 March. This day is being run by the Faversham Society and, as well as various stalls including the Centre’s, there will be a programme of short talks. A few of you with very good memories may recall I was there representing the Centre last year when I spoke on the medieval painted pillar in St Mary’s parish church in the town. This year, Diane will be speaking on Faversham Abbey’s ‘Book of the Dead’, now held at the Bodleian Library, Oxford, while I’ll be examining Faversham’s place in the depositions collected for Archbishop Cranmer in the early 1540s when he was investigating the Prebendaries’ Plot against him. If you are in Faversham that day, do please come along. 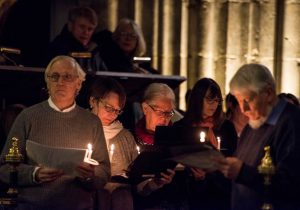 The main event I want to highlight this week is the Digital Map Inaugural Symposium, organised by Professor Carolyn Oulton, that took place at CCCU on Monday morning. Unfortunately, I had to miss Mandy Jones because of another meeting, but the other speakers were very interesting. In terms of the audience, it was great to see some staff and postgraduates, as well as sixth form students from Simon Langton Boys School. As Carolyn said in her introduction, it has taken a couple of years to get to this point because the project is so cross-disciplinary, and, as the project manager, she has had an exciting time meeting and talking to colleagues in the rest of the humanities, to geographers and to the IT department, as well as people from outside CCCU. Because Carolyn is an authority on Victorian authors, especially those who wrote on seaside topics, the pilot section of the project, and thus the symposium, discussed writers from this period. Consequently, Mandy Jones discussed Victoria Holt, whom she thinks we can claim as a ‘Kent author’, while others explored the most frequently linked Victorian author to Kent – Charles Dickens. 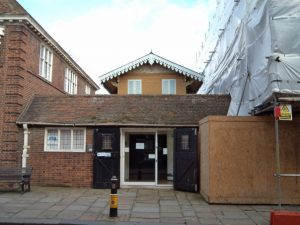 The first speaker was Dr Peter Merchant. He demonstrated how writers could have polar opposite reactions to a place, taking first well known examples from authors such as Thomas Hardy before looking at literary perceptions of Deal, working chronologically from William Cobbett to Bradshaw and his railways guides, noting in passing that Admiral Nelson had viewed Deal as “the coldest place in England most assuredly”, which the people of the town would probably dispute! Peter also examined how authors developed their attitudes to the town where they consider the streets and the marine environment in fairly derogatory terms, before going inside to see the place in a much more favourable light. Such an inside – outside contrasting approach might be said to reflect actual knowledge of the town, but equally offered a rhetorical and dramatic device for these authors, and one employed by Dickens, as in Bleak House, or G.W.M. Reynolds in the contemporary novel Mary Price.

This interrogation of place and space was an admiral start to the morning’s proceeding and Michelle Crowther, a CCCU special collections librarian, then took us to Canterbury and a predominantly female literary circle. These primarily young women, the daughters and nieces of the city and cathedral’s elite families were keen to write poetry and prose, to share their works among their fellow ‘persistent scribblers’ and to conduct literary competitions. Michelle has just taken on this topic for her doctorate, and she is looking forward to discovering how common such groups were nationally, and what if any connections the Canterbury scribblers had to Edinburgh where there was a group which became active politically. For in contrast, the vast majority of Michelle’s 67 women and 15 men do not seem to have engaged in current debates regarding political reform. Indeed ‘Cassandra’ – the writers each used a nom de plume – was explicitly against the suffrage movement. This is going to make identification slightly tricky, but Michelle has made a good start identifying the daughters of the dean of Canterbury, of local solicitors and of other local worthies. Thus, it will be fascinating to plot the homes (and families) of these 1870s Canterbury writers on one of the projects maps as a means to consider matters of influence, spatial relationships and perhaps factors such as education – which schools had these young women attended? 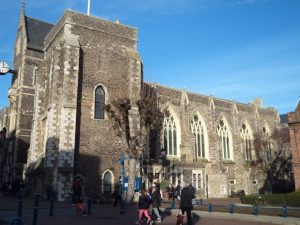 The final speaker before coffee was Elizabeth Waterman-Scrase, a creative writing postgraduate who has created a fictive Victorian street in Canterbury in the Dover Street/Old Dover Road area that she ‘sees’ through the eyes of one of its residents, Charlotte who keeps a notebook containing sketches. As an allied project, she has also been investigating David Copperfield’s ‘walk’ from Canterbury to Dover, including looking at maps, the introduction of turnpikes and the new road surface of macadam, before the added use of tar to make tarmac. This has led her to think about leather shoes – how they were made, what they were made of, how long they would last and thus what state David’s feet would have been in by the time he reached his destination. In addition, she is interested in smell, whether we are talking hops, apple and cherry orchards, barley fields or sheep grazing on the Downs, although perhaps bearing in mind the number of working horses at the time, the smell of these would have been a significant factor. 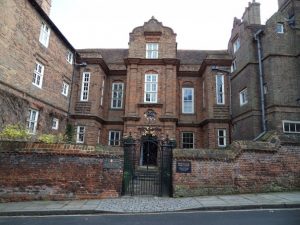 Keeping with Dickensian characters, Carolyn Oulton and Ken Moffat (a teacher at the Simon Langton Boys School) took up the subject of pubs, both within the novels and in reality. Indeed, this theme of the slipperiness of place and space had been running throughout the symposium, albeit Dickens would seem to have been the greatest manipulator of these issues. For, as Carolyn said, in Kent as ‘Dickens Land’ all is not what it seems because he ‘moves’ a house from Broadstairs to Dover, and similarly one across Rochester. Such re-creations of the urban landscape – Dickens is a townsman, not a countryman – presumably would have confused and delighted those who sought to walk around ‘Dickens Land’, providing an extra level of detective work, as well as offering the owners of some of these houses, and others, the chance to claim that they were part of this fictive landscape.

Extending this idea in some ways, Ken Moffat looked at Dickens’ Canterbury, which he likened to a character in the novels, although Dickens seems to have spent very little time in the city and apparently showed no interest in writing about it in his letters. Instead, Ken thinks he decided to make the city more glamorous than it actually was. Yet, as a major garrison town with foot and cavalry regiments, and what might be termed its own industrial revolution that helped to stimulate a prosperous local society which enjoyed watching cricket and the theatre, among other pastimes, it was perhaps less of a backwater than has been suggested. 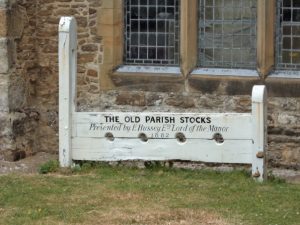 The final speaker was Professor David Finkelstein (Heriot Watt University, Edinburgh) who looked at maps in relation to the 19th century tramping contracts used by artisans as they looked for work around the British Isles. This was something I had not come across before and it was fascinating to find out how this union-organised system had functioned as a way to help different craftsmen move from town to town where they could take on short-term contracts before moving on again. The idea being that a worker had his contract card which he would take to the town’s union place and then receive a small sum of money, a little food and directions to a potential employer, or failing the latter, advice on where to go next. For some, this seems to have been a way of life, however precarious, and, in many ways, this was best suited to young, fit men because of the distances, hardships and insecurity, albeit necessity probably lay behind most taking up such an existence, even if they did ‘see the world’ – such routes were also international.

All the speakers received questions and comments, making for some interesting discussions that I expect continued over lunch, I had to leave for another meeting. Consequently, this was a great public opening for the project, and I shall look forward to seeing the maps, reports and other digital works which will be produced soon as the Victorian blueprint for earlier and later periods in Kent’s literary history.

Finally, as an advance notice, Paul Bennett, Visiting Professor in the Centre and Director of Canterbury Archaeological Trust, will be giving the annual Frank Jenkins Memorial Lecture on Saturday 23 February at 6pm in Old Sessions House, all welcome. 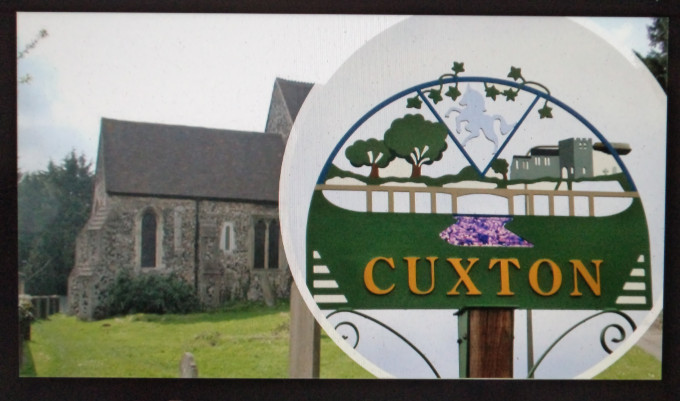 School of Humanities @cccu_humanities @MiddlingCulture: One week to go! Send us your contributions for our digital exhibition by 30 June. We're looking for objects, buildings or processes relating to the material culture of technology and the middling sort ⬇️ more details below https://t.co/UjRDfxGT5J

h J R
School of Humanities @cccu_humanities @graciado: Something short to go with your morning coffee ☕️. If you read my tiny flash on @paragraphplanet, of the same name, this is where it leads! #Writing https://t.co/JG4e31kdx5