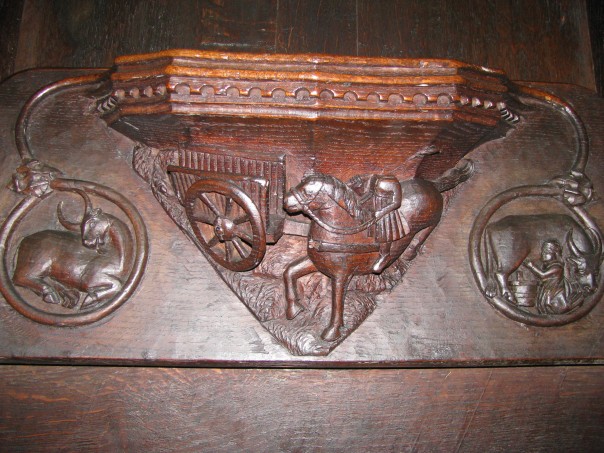 I thought I would just start with a couple of good news items, although, of course, the Kent History Postgraduates are always good news. Firstly, we have had several compliments about the work of Beth Brown and Dr Diane Heath on the St Mildred’s church banners, and a request for something similar at another church if we have another internship. Secondly, we have had a very positive response from the publisher regarding the complete text for Maritime Kent through the Ages, which means I am hopeful that the rest of the process will go smoothly.

Things are also coming along well regarding the organisation of the half-day online conference jointly run by the Centre and Canterbury Historical and Archaeological Society for Saturday 13 February on ‘Canterbury through the Centuries’. I now have titles and details from all four speakers, and I intend to pass over details to Kellie Hogben in Arts and Culture and Matthew Crockatt at the end of this week. I would also like to record my very grateful thanks to Matthew for updating the Centre’s webpages, including reinstating reports on the previous History Weekends, changing and adding to the Welcome page, and adding several items to the CKHH Latest Projects pages, including several exhibitions produced by the Centre, as well as the Canterbury A to Z: https://www.canterbury.ac.uk/arts-and-humanities/research-kent-history-and-archaeology/centre-for-research-in-kent-history-and-archaeology.aspx

Hopefully in the next week or so the two free Centre events for the autumn will be able to go on the website too, thanks to Kellie and Matthew, as well as a display in the CCCU Bookshop window for Dr Claire Bartram’s Kentish Book Culture – more on these events soon.

And now the regular fortnightly meeting of the Kent History Postgraduates Group. Because it was Dean’s presentation last time and will be Jane’s next time, this was a catch-up meeting. One of the themes that came through was that although everyone appreciated why we are going into a second national lockdown, and Dean and Lily in Manchester have been living in tier 3 anyway, this is again going to cause problems concerning access (or lack of it) to archives. Indeed, this is an issue for me too because I was hoping to get to Canterbury Cathedral Archives on two counts: the Harbledown mazer and Newenden wills, and the British Library in relation to late medieval Dover.

Thus keeping with this theme, Maureen mentioned that she had been able to make one trip to the Kent History and Library Centre at Maidstone to get back to the Rochester diocesan wills, but that her planned trip this Saturday will not take place due to the archives closing again. The lockdown is also hampering her getting material from the Canterbury Cathedral Archives, and she will be contacting Canterbury again about getting images of the early 15th-century Tonbridge rental and larderer’s accounts which she has been waiting for since the first lockdown.

Peter has also been having a frustrating time in terms of his video-editing work on behalf of the CCCU Chaplaincy. However, there are lighter moments in terms of this team, as you can see from the Rev. Dave Stroud’s cartoon in response to an overheard conversation. Even if you don’t know the North Holmes Road university entrance, I think you will be able to get what this refers to! On an even brighter note, a friend of Peter’s has found a way whereby he can self-publish his MA thesis on the life and service of the Rev. Caleb Parfect with copies of the Parfect’s letters referred to in the thesis. This is brilliant news. Peter has passed on this link which looks a very interesting lecture: https://ecclawsoc.org.uk/events/rowan-williams/

Keeping with the idea of good news, although Lily wasn’t able to join us, she did send this link to a recording of her presentation at a UEA seminar last week about her work on medieval cultural interpretations of prehistoric barrows: https://youtu.be/pkpXLMvlGgw Additionally, she has recently been for a job interview, so fingers crossed that she get’s it!

Dean, too gave a presentation last week, but that wasn’t recorded. However, I can report that the conference he is heavily involved in organising in the spring is now taking bookings. This two-day conference is free, so if you are interested in medieval Jews, please do check out the website: https://www.eventbrite.co.uk/o/dr-rebecca-searby-and-dean-irwin-30954270679

And keeping with medieval Jews, Dean also reported that there is now a complete draft of his doctoral thesis, so until submission before Christmas it is solely a question of editing.

The person next closest to finishing, although not quite as soon as the university system thought – some wrong registration issues – is Janet. As regular readers will know, she is working on the Hundred of Ruxley that includes Scadbury manor. Recently Janet has been following up a reference on the AALT website to a document in The National Archives CP series involving cases of Statute Merchant. These records are either held among the state records or in local/county archives where towns had permission from the Crown to file such agreements. The one that Janet wanted involves John de Scadbury and is a complex case involving a debt of £200. Moreover, included in the case is a list of the extent of John’s property, including large amounts of timber for the building of a windmill. However, Janet is not clear where this windmill was in 14th-century local landscape, albeit there were several watermills in the area, but so far no known windmills. Janet is also interested in the case itself, and Dean was able to point to Pamela Nightingale’s recent (2018) book Enterprise, Money and Credit in England before the Black Death 1285-1349 that should help.

Returning to wills, Jane had been writing her presentation for the next Kent History Postgraduates meeting on her findings. Having completed this, she is now back looking at more wills and entering the information on her database. She is finding a reasonable amount of post-mortem support for the abbey at West Malling, although at times it is difficult to be sure whether testators were referring to the abbey church or the parish church which was close by. She is looking for secondary material on the history of the abbey, and Peter was able to supply her with a couple of good ideas, while Dean mentioned looking at the Victoria County History (VCH) for Kent, the relevant volume being number 2.

Like Jane, Tracey has been busy writing her draft chapter on patronage and lay piety among the knightly families of east Kent. She had been doing this over half term which has meant that like others, she will not be able to get to the Canterbury Cathedral Archives until December. This is a great pity and continues to highlight the problems research students are suffering again for at least the next month.

Finally for our round-up, having gone back to the questionnaires, Jacie has found what looks to be a very fruitful angle regarding a response relating to the arrangement of people’s gardens during WWII. The garden in question was set up with the chicken run at the far end, then towards the house the vegetables grown in carefully laid out rows, and with a small bed for flowers. This regimented approach was definitely in line with the directives for gardeners from the Ministry of Food and of Agriculture, because it was felt the uneducated and inexperienced, and especially women just would not know how to organise their plot. Thus, there was a heavy emphasis on all-year round planting and the nutritional value of the produce, not what was easy to grow. Consequently, against this control from authority (Ministry or ‘improving’ publications), Jacie is seeking to investigate whether such ideas were indeed followed in Kent. Jacie’s ideas reminded several in the group of the recent programme on the Tower of London where they discussed how the Tower moat had been used in exactly this way during WWII, until complaints had been received from the Tower’s neighbours, presumably about the chickens.

All in all, this had been another great session which was full of humour, as well as having a more serious side to the discussions. Furthermore, having been in contact with Dr Ellie Williams in Archaeology, I am hoping to invite the three doctoral archaeology students who are working on Kent to see if they would like to join the group – it will be great to have them!