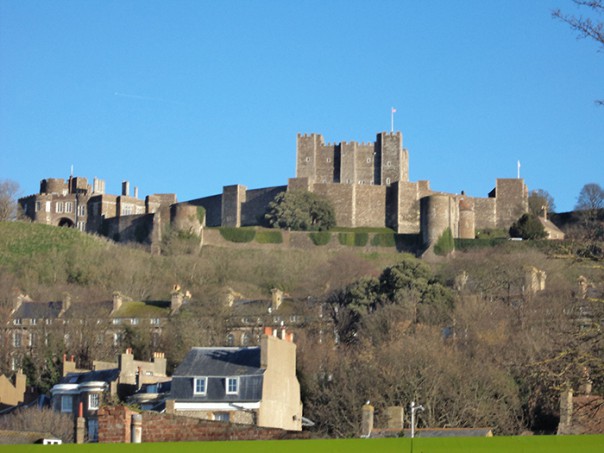 His first case involved the finding of an early Anglo-Saxon grave in a probably densely populated funerary landscape. The problem involved the metal detectorist’s lack of experience and his impatience to collect as many artefacts as possible without knowing how to do this properly. So even though he recovered part of a copper-alloy hanging bowl (late sixth/early seventh-century British manufacture), a sword, shield boss and spear head, and pottery, by digging just for these objects he disturbed the sequences, damaged some items and ‘lost’ material that might, for example, have yielded environmental evidence. Moreover, it now means it is only possible to reconstruct the grave vaguely rather than having a detailed appraisal of these artefacts within the context of the burial. Nevertheless since the detectorist’s second exploration of the site, archaeologists from Canterbury Archaeological Trust have been able to undertake a brief excavation with help from the detectorist, who now understands what he should have done and that he should have waited rather than going it alone. Among the interesting features found during the Trust’s excavation was a late Iron Age/early Roman ditch – indicative of early field systems, hearths and pottery, the ditch cut by the later Anglo-Saxon grave. Such findings Andrew believes points to the presence of more Anglo-Saxon graves in the area but to date no further excavations have taken place.

Andrew’s second case study involved the finding of a late Iron Age/early Roman unguent jar, manufactured in third-century Gaul, by a French metal detectorist while he was on holiday in east Kent. This beautiful little copper-alloy jar has classical scenes and the whole is only slightly damaged, probably primarily by ploughing. As a find in the British Isles it is unique, and its presence suggests that it was used in some way in the funerary rituals that would have taken place for this high status individual. Unfortunately the exact location of this jar when it was found remains somewhat hazy, because, even the finder showed Andrew a point on a map, in Andrew’s experience such pin-pointing is frequently inaccurate. Fortunately having brought his ‘find’ into the Trust he was happy for it to remain in Canterbury – he had been hoping for a financial reward – and it can now be seen at the Roman Museum in Butchery Lane. If you haven’t seen it and you are local to Canterbury it is well worth a visit. Andrew would like to explore the area further because it is unlikely to be an isolated burial, especially as there are vague references in the early-nineteenth-century literature that mention a Roman burial in the area. However, it makes little sense to trust the dot on the map and even though non-evasive archaeological work could be conducted across the field, Andrew feels the best approach would be to work with the Frenchman. So this could be a long-term project.

In his third case study involving metal detectorists, Andrew demonstrated the value to archaeology of their work, highlighting an exemplary case where a local, highly-experienced detectorist both worked responsibly in the field and alerted Andrew at an early stage. Having received a phone call that the detectorist had found a late Iron Age helmet, and, even more specifically that it was of the form known as Collus Mannheim, Andrew was naturally excited when he saw the object itself. Although the detectorist had excavated it from its resting place, he had done this with great care, as shown by the copper staining of the soil when the site was re-excavated by members of the Trust and Keith Parfitt’s volunteer Dover Group, with the detectorist. Moreover he had left a bag of lead weights in the hole he had made so that the position could easily be found again by the archaeologists. Such helmets are exceedingly rare and this artefact made the national press, as well as exciting experts from the British Museum. The Gallic helmet had been buried upside-down and with it was a spike and British-manufactured brooch, as well as some human bone. It had been employed as a cremation urn for a young woman – its final use. Although whether it had initially seen service in the Gallic Wars and on which side will remain pure guess work. From the beginning it was clear that there is some decorative beading work around the rim of the helmet, and more recent study has revealed further elaborate patterns of this same type of work. A truly remarkable and fantastic find that leaves the tantalising question: is this an isolated case or part of a cemetery of a local settlement?

Andrew also discussed the Trust’s major excavations in the Augustine House area, the final sector of which is still taking place. He concentrated on a collection of 20 Roman burials in the area behind Augustine House that seems to have been a discrete cemetery. I’ll only mention a couple of points briefly because it is likely Paul Bennett, the Trust’s Director, will feature these excavations in his annual talk about the Trust’s work on Saturday 27 February. This lecture will take place at Old Sessions House, Canterbury Christ Church at 6pm and anyone who is interested is welcome to attend. But returning to Andrew’s talk, interestingly this group of graves was extremely deep, they have been dated to the late third/early fourth century, included the use of coffins and the graves contained a variety of objects. Such artefacts included pottery vessels and a wooden box with a brooch and other objects.

Finally, I should like to mention that this week I spent an enjoyable day in the Canterbury Cathedral Library. That in itself is not unusual, it is a great place to study what is a fascinating collection of books for a medievalist/early modern historian, but Monday marked the annual visit of students who are studying Early Drama for their English Literature degree. Early Drama in this context means drama from the tenth century through to the arrival of the commercial theatre in Elizabethan England, and we have now reached plays performed during the Reformation. In order to provide a cultural context for students, so that they can understand what playwrights as well as audiences would have read, discussed and argued over in houses, taverns and churches, we looked at a range of books, under the watchful eye of Karen Brayshaw, the Cathedral Librarian. This opportunity to examine and investigate such printed books from the late fifteenth and sixteenth centuries is a fantastic opportunity and the students who came relished the experience. Amongst the books they looked at were ‘The Great Bible’, with its “cool” frontispiece where it is Henry VIII who dispenses God’s Word to his people, and the ‘Geneva Bible’, comparing, for example, the far greater level of biblical commentary in the margins of the latter in order to aid its readers. Students also saw how the section on St Thomas of Canterbury had been almost totally erased from a late-fifteenth-century copy of Wynkyn de Worde’s The Golden Legend (in other surviving copies the text and image have been slashed with a knife, the copy at Aberdeen University Library survives intact), an indication of the strength of feeling religion can arouse. Contemporary history and geography books, as well as prayers books from the times of Henry VIII’s children, were also investigated by the students, and another book that was also seen as ‘cool’ was the Theatrum Orbis Terrarum – and rightly so! I believe ‘The Great Bible’ will be on show for those who have bought tickets for Karen Brayshaw’s guided tours of the Cathedral Library as part of the Medieval Canterbury Weekend because it marks a fitting closure to the Middle Ages. 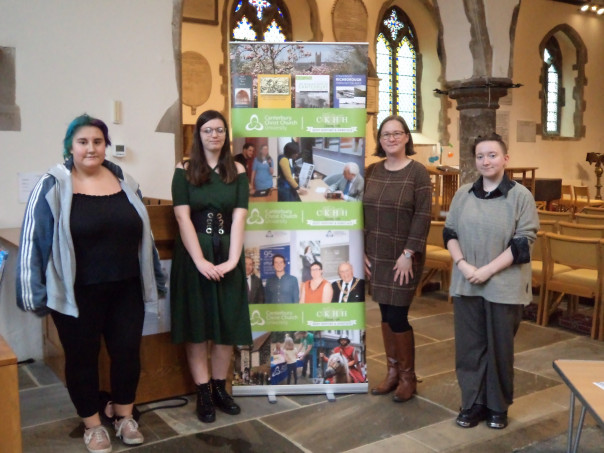