Conflict in Kent – from Becket to modern times.

Conflict in Kent – from Becket to modern times. 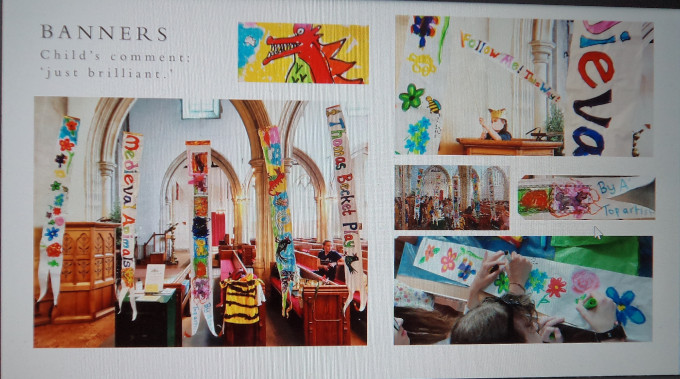 This week is a quick catch up on August events, especially Dr Diane Heath’s ‘Medieval Animals Heritage’ project, and a book review from Dr Martin Watts, but first notifications of CKHH and then associated events coming up in September.

In just about a month’s time the Centre with the Kent Archaeological Society will be holding a free all-day conference on Saturday 24 September entitled ‘Resistance and Revolt in Kent: from the Conquest to the Present’. We’ll be in Powell Lecture Theatre Pg09 (the big one) so lots of space for those wanting social distancing. We are very fortunate that Louise Mallon’s team from Hospitality will be opening Touchdown for us during the day for the purchase of light refreshments.

The idea for the conference is in line with what we did for Maritime Kent through the Ages – it will provide a taster of the various revolts and resistance those from Kent engaged in over the centuries, whereas the subsequent book will include far more from the Second Barons’ War, the Peasants’ Revolt and Jack Cade to the Miners’ Strikes of the 20th century. For the conference, our speakers include academics from Christ Church including Drs John Bulaitis, Lorraine Flisher and Dean Irwin, and other well-known experts such as Professors Carl Griffin and David Killingray, Drs Stuart Palmer and Andrew Richardson. For booking, please go to: https://www.canterbury.ac.uk/arts-and-culture/event-details.aspx?instance=396806 and we shall look forward to seeing you there.

The second September event is the annual Michael Nightingale Memorial Lecture which is a joint event with the Agricultural Museum, Brook on Tuesday 27 September in the Old Sessions Michael Berry Lecture Theatre (the big one) at 7pm. This free, public event also provides an opportunity to present Ian Coulson Memorial Postgraduate Awards and this year they will be presented by the Lord Mayor – a great opportunity to celebrate the excellent research that is being conducted by CCCU postgraduates on Kent history topics. The Nightingale Lecturer this year will be Dr Graham Bradley who, as the author of Brook: A Village in Kent (2013), is ideally placed to introduce the village’s history from an early medieval settlement of the 600s that developed into one of Canterbury Christ Church Priory’s manors with its manorial complex of church, manor court lodge and barn with associated home farm buildings. For by the time of Domesday, Brook (named for the brook that skirted the complex) may have covered about 500 acres, combining a mix of downland and other landscape features.

Thus, in his talk, Dr Bradley will consider how this linear settlement of two lanes developed, as well as showing why this manorial complex is of very special interest, thereby demonstrating that Brook has a fascinating history and is well worth exploring. And should you decide to explore the village and its fascinating church, do check out the Agricultural Museum’s website first: https://www.agriculturalmuseumbrook.org.uk/ and consider including a visit there too (open summer months only).

Now here is just a quick round-up of other associated events. Saturday 3 September marks the Lossenham Priory Study Day at Newenden on the Kent/Sussex border where members of the Lossenham Project wills group will be showcasing their research through a manned exhibition – to stimulate interest and discussion with an invited audience of people engaged in heritage organisations and representatives from local history and similar groups. Also scheduled that day will be a programme of short talks on various aspects of the project, including the history of Lossenham Priory, a community of Carmelite friars who lived there in the Middle Ages.

Back in east Kent, Martin Crowther from Dover’s Maison Dieu and representatives from local churches and other organisations, including Christ Church, will be holding several events beginning on Wednesday 21 September and including a symposium that day on ‘Pilgrimage as Transformation’ in Powell Lecture Theatre, CCCU, as part of The Kent Pilgrims’ Festival. For details, please see: https://kentdowns.org.uk/events/pilgrimage-as-transformation-a-symposium-to-explore-contemporary-thinking/ where you can also book tickets.

Much more tangential, but definitely worth mentioning considering the university sits on part of St Augustine’s Abbey outer court is the Canterbury Society’s Annual Heritage Lecture on Tuesday 13 September at 7pm in the Claggett Lecture Theatre at Canterbury Cathedral Lodge. The speaker this year is Neill McCollum, Head of Historic Properties Kent, and his title is ‘The Future of Canterbury’s World Heritage Sites’. For more details and the booking link, please see: https://www.canterburysociety.org.uk/event/annual-heritage-lecture/ on the Society’s website.

Finally, and going into October, CKHH in association with St Paul’s church will be hosting on Tuesday 11 October at 7pm in St Paul’s church Pamela Roberts in conversation with Dr Ralph Norman, Principal Lecturer in Theology, Religion, Philosophy, and Ethics, Canterbury Christ Church University, as she discusses her latest book, the biography of James Arthur Harley, 1873–1943: The Adventures of a Black Edwardian Intellectual. Signal Books 2022.

Pamela, creative producer, historian, and author of Black Oxford, the Untold Stories of Oxford University’s Black Scholars (2013), will present a short overview of her discovery of James Arthur Harley’s archive and her five-year journey to bring his story to life, followed by an in-conversation and a Q&A session.

This event is free, but please donate towards church funds. Register at: www.blackoxford.net. or just come along that evening.

Now going to Diane’s NLHF ‘Medieval Animals Heritage’ project and similar events, she and her team were recently at Wildwood again for more animal workshops for SEND children and their families. In addition, drama has been a major feature of her activities recently, which this week will include a trip for more of these families to the Marlowe Theatre in Canterbury to experience a performance of ‘Dragons And Mythical Beasts’ where the creators of Dinosaur World Live bring spectacular puppets to life – sounds fascinating!

Furthermore, as some of you may remember, Diane with Martin Crowther, Dr Pip Gregory, Penny Bernard and others from the team, as well as heritage specialists from Sandwich ran a week of afternoon workshops for SEND children and their families to create a Becket Play. Of course, keeping with Diane’s ‘medieval animals’ theme the cast of characters from late 12th-century England were transformed into animals, offering new ways for the children to express what they felt King Henry, Archbishop Becket, the knights and the people of Canterbury might have felt during that very difficult time. The resulting performance was captured on film and will get its premier performance this week for the families in a special red-carpet showing at St Clement’s church, Sandwich. The whole week’s activities were a great credit to all involved and I feel Diane may want to use this format in the future to provide more opportunities for animal-inspired drama. This first foray into drama at Sandwich was funded through KCC Reconnect and Diane would like to thank the sponsors, and everyone involved for this fantastic week of activities – appreciated by both parents and children from the comments received afterwards.

Finally, here is Martin Watts’ review of a recently published book on Richborough, a place he has also been researching regarding its role in WWI. Engineering Richborough by Colin Varrall Publish by Addelam Books 2021 ISBN 978-1-5272-9346-5

“Colin Varrall, a local resident, photographer and researcher, has produced a book that provides, in a highly visual and accessible history of Richborough port, a very valuable addition to the current, limited, literature. Following a short introduction to the Roman port and the physical geography of the area, Colin introduces readers to the complexities of tidal construction and engineering, with the main focus of the development of the secret RO-RO port that played a vital part in the victory of 1918. Colin’s purchase of a large photographic collection has enabled him to present the engineering achievements at Richborough with a minimum of technical explanation in support of the wonderful images present throughout. This is of great benefit to researchers and students, especially those without technical expertise, and provides an excellent introduction to the place and the topic.  Colin’s own photographs are used to show archaeological remains, which were also investigated in an edition of Channel 5’s ‘ Britain at Low Tide.’

The accompanying narrative is based upon early first-hand accounts and official records, and their use is continued in the author’s narrative covering inter war attempts to reopen the port, the Kitchener Camp, Richborough Power Station and the advent of Hoverlloyd and Pfizer. This combination of records adds to the relevance and validity of the information contained in this much needed volume, which fills a gap in local history. thoroughly recommended for both the new and established researcher and general reader.”

Just to let you know, the Centre’s blog will be returning in the first full week of September when I will have even more to report on concerning the activities of those at CKHH.