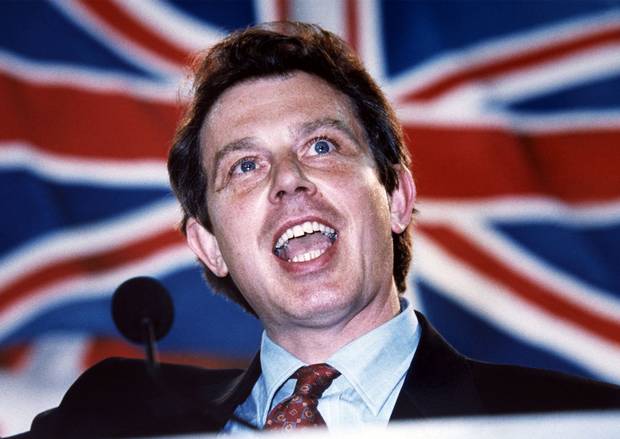 The release of this week’s damning Chilcot report means the ghosts of the war in Iraq may never be laid to rest. Much despised since his decision to take Britain to war, Tony Blair has now been publicly disgraced. The Chilcot report has found that the premises for the Iraq invasion were flimsy indeed. The then Prime Minister failed to exploit non-military options before gambling with thousands of lives.  Many, including scores of bereaved relatives, believe him to be a war criminal, and some are talking of legal action. Now a tragic figure of Shakespearean proportions, Tony Blair is a man seemingly brought down by a single moment in history. ANGELA GILCHRIST suggests it is much more likely that his was always an ill-fated trajectory.

Blair has adamantly stated that joining the US in Iraq was the right thing to do, and that he would do so again. But I am not convinced that he really believes this. Far from being the psychopathic monster that some consider him to be, I suggest that Blair is instead a deeply flawed and very insecure man. His decision to go to war was more likely to have been borne out of his own psychological vulnerabilities than political conviction.

The protagonists of all Shakespearean  tragedies had a  fatal flaw. Blair’s is that he needs to be both liked and admired. During his reign as Prime Minister, he was at his best when among a crowd of near-worshippers eager to shake his hand. He was in command in a television studio in a way that no British prime minister had ever been before. He had a way with words and a genial demeanour that could disarm the most gladiatorial of journalists. Indeed, I remember watching him on Jeremy Paxman’s Newsnight, as he bemoaned the fact that it wasn’t possible to please everyone. Just as Blair liked to be liked, it was indeed not difficult to like him (in the beginning, anyway). Blair basked in the admiration from what was then a largely adoring public.

Blair’s 1997 victory had been a landslide: the country was eager for change and he had youth, vitality and charisma on his side. He was mentally adroit rather than intellectual, although undeniably intelligent. He had ready answers and a powerfully persuasive manner. These qualities were as much responsible for his rise to glory as was the experiment that was New Labour. Blair succeeded not only in selling Labour’s new deal, but also convinced Britons that he was the man who could bring it into being. He entranced the electorate not just once, but went on to win two more elections.

But perhaps it was this that would prove to be his undoing. His need to be liked by President George Bush and approved of by the Washington administration, may have exceeded what he believed was right. In public of course, Blair would not, indeed could not, state that he had been wrong about his decision to invade Iraq. He had to stick by his story.

He may have persuaded some others of the need to remove Saddam Hussein from power, but there were clues to suggest he was far from convinced himself. We saw him age substantially as the war got underway. The young debonair prime minister had suddenly become a greying middle aged man who seemed ill and strained. His decision appeared to weigh upon him heavily.

Then, there is the question of faith: Blair is a religious man, one who has officially taken up the mantle of Catholicism since leaving office. He may, in part, have entered the war on faith, attempting to follow his conscience.  It is a central tenet of faith, perhaps not well-understood in a largely atheistic country, that following one’s religious conscience may be at odds with what one might personally like to do.

It may have helped that George Bush too, is a religious Christian. But I suggest it was Blair’s need to be liked and admired by Bush that drew him into the war, above most other considerations, even God. Their shared Christianity would have fuelled the liaison and helped Blair believe it was right, even if he harboured secret doubts.  Undoubtedly, Blair would have thought that honouring the ‘special relationship’ between Britain and the US would bring him glory. And it did – in the US, if not on home soil.

The strength of his need to be liked also explains Blair’s penchant for diverse causes, some of them suspect.  He began a multi-faith foundation, became a Middle-East envoy of dubious reputation and has advertised courses aimed at teaching people to be world leaders. He is inconsistent to a point where we struggle to understand what he really stands for. If we could once reckon with the idea of New Labour being a party of watered down socialism, over time its philosophy became less coherent. Blair himself had succumbed to pressure from within his own psyche to seek admiration and recognition at almost any cost.

Did Blair change during his period of office? The answer is yes and no. He undoubtedly matured somewhat, perhaps his biggest lesson being that he learned that pleasing others was not the way to glory. Today, for all his attempts at pleasing, Blair is little more than a well-paid member of the public speaking circuit and a meddler without office.

Perhaps the British public changed more than did Blair. Iraq helped Britons to pull the veil from their eyes and see things as they really are. The truth is that they were duped by a charismatic politician who was admittedly gifted, but had none of the attributes of greatness. To learn this has been to mourn a loss.  Indeed, it is always both a disappointment and a relief to learn that people are merely human, even when they happen to gain and hold the highest office in the land. Sadly though, these realisations will have come too late for those bereaved by the disaster that has been the Iraq war.