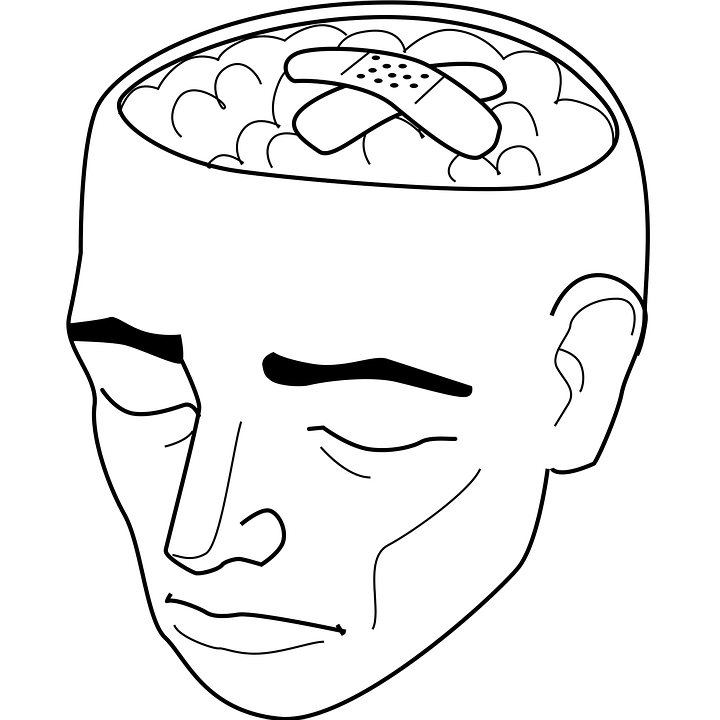 The medical model of mental health has become such a ready object of criticism that it is a little odd to see a book that actually defends it. In response to growing library of books and papers that critique psychiatry as a medical approach to mental health problems, Samei Huda, a consultant psychiatrist, has written a comprehensive retort. If you had to rename this book, with a specific view to selling it to psychologists such as myself, you might call it “How I Learned to Stop Worrying and Love the Medical Model.”

The structure of the book is impeccable. In the first five chapters Huda describes the activity of doctors as oriented primarily around a need to extract the maximum amount of information in the shortest available time. To this end, he defends the use of psychiatric diagnoses, disavowing any claim that they need entail a theory about aetiology, mechanisms or basic underlying nature. A diagnosis for Huda is a quantum reflexive hyperlinked seed. It’s quantum in that it’s uncertain, reflexive in that it contains information about its own revision. For example, a diagnosis of schizophrenia automatically stops being schizophrenia if a neurological cause for the psychosis is found. It’s hyperlinked in that it connects to multiple different paths for information, and a seed in that it carries information in a compact form. A diagnosis then is a way of quickly reasoning from a category to an individual, and engaging empirical findings without having to reinvent the wheel for each new patient. Of course the seed analogy brings with it the framework for a critique of diagnosis – for a seed is something that not only carries information, but spreads to areas where it may not be welcome. Those who worry about psychiatric diagnosis cite its historical and cultural baggage and its power as a potentially harmful political and social label. So a seed yes, and rich with information, but whether it brings forth flower or weed will remain a matter of contention.

In these early chapters Huda sets out his theoretical stall. It is hard to do it justice, but if this scheme is grounded in any unifying philosophical framework, it is one of pragmatism; of utility over validity and the use of imperfect constructs as a scaffolding to greater understanding. Huda also cites Dupre’s promiscuous realism – a philosophy that emphasises the compatibility of multiple ways of describing and framing the world in all its aspects – with approval. When we talk about the medical model then, we are talking about a broad approach to learning about people and the things they suffer with. “the typical medical model does not exclusively focus on the diagnosis or disease, but instead on a more comprehensive assessment of the patient, of which diagnosis is a part” (p.29). Medicine is the sum of its parts – a series of procedures that have evolved through practices that have been found to work. It is rooted in a combination of science, judgement and skill. There is no basic “core” that makes medicine medical, no clear exclusionary criteria. As the old gag goes: what do you call alternative medicine that works? Medicine. On this definition – Pragmatism; a focus on what works, bootstrapping our way to a full understanding via theories that may be formally false but nonetheless useful – there is nothing in the medical model that need set it at odds with, for example, more psychological or social approaches.

This absence of any deep theoretical discussion of what constitutes “medical” problems provides space for a useful shift in cognitive set. Critics of psychiatry have been overly reliant on this argumentative sequence: psychiatric disorders are not “real” because they do not conform to the lay ideal of an underlying pathology giving rise to symptoms (Huda calls this the Sydenham disease model, though I would be inclined to call it the classical neurological model). By virtue of this unreality, they are not medical issues and, it follows, the medical model is necessarily inappropriate. Huda’s pragmatic framework allows us to reflect that our intuitions on this question (which problems really are medical?) can be misleading.

For in fact brain pathology per se is certainly not the only way – and very likely not the best way – to determine whether an issue falls under the aegis of doctors. By the lights of Szasz and subsequent critics of psychiatry, a problem like Alzheimer’s is the ideal paradigm for what constitutes a “proper” medical problem. Debilitating symptoms emerge, are identified by a doctor and are later shown to be underpinned by clear brain pathology. The problem plainly “belongs” to medicine as it is unequivocally mediated by physical processes. Unfortunately for this line of reasoning, although the predictive diagnosis of Alzheimer’s is now rather successful, its medical treatment is not. Doctors can signpost to services and rule out other causes but much of the best we can do for people with Alzheimer’s disease is rooted in good quality social care. In other areas of psychiatry the situation is reversed. Diagnosis of the causes of a psychotic break is a far hazier, impressionistic affair and can never be subject to the post-mortem validation available for Alzheimer’s. On the other hand, a doctor can provide a straightforwardly medical treatment (judiciously prescribed neuroleptics) that can substantially reduce symptoms and contribute to improved quality of life. Viewed from the perspective of treatment then, Alzheimer’s looks more like a social issue and psychosis more like a medical one. Is this is so, what good is the classical neurological model for apportioning medical responsibility?

Having introduced this version of the medical model, in the 6th and 7th chapters Huda introduces the argument that will carry the rest of his book. Criticisms of psychiatric diagnosis and of psychiatric treatment are laid out and addressed. The work of psychiatry’s academic critics (a book by Joanna Moncrieff and a paper by Peter Kinderman and colleagues) is mined for specific claims that then go on to structure the remaining chapters. Huda uses this seam of criticism to pose 15 organising questions (e.g. “is the condition clearly separated from normality?”; “is the diagnosis associated with a restriction of liberty?”) to pose about psychiatric problems and other medical problems.

Each of these 15 questions is taken up in turn and examined through the lens of empirical evidence. The idea here is that, yes, psychiatry deals in variable diagnostic reliability; diagnostic criteria that allow diverse clinical presentations; stigma and difficulty predicting outcome, but so do other medical disciplines. At the close of each chapter, we are incrementally further through a well-established argumentative edifice. This is a refreshingly open way to approach these contentious and endlessly picked over questions. Huda’s conceptual premises are transparent and not swept up in breathless and rousing rhetoric. If you find yourself disagreeing with a conclusion, it is easy to find your way back to the point at which you parted company. What is more, the book is richly detailed and closely argued, providing a valuable (and as far as I know unique) trove of data on comparative treatment efficacy, social and biological risk factors and many other issues.

By rights this book ought to settle several outstanding points of contention. Take for example, the harmful impact of psychiatric treatments. Huda shows that the degree of risk and harm involved is similar to treatments in other specialities. In fact he is rather revealing on this score: I hadn’t realised that 7% of all hospital admissions are adverse reactions to drugs. The takeaway is that doctors in general should be conservative in introducing medical treatments. It’s far from clear that this is more of a problem for psychiatrists than other medics. Huda also takes on the old canard that, in general medicine the “underlying disease” is treated, while in psychiatry only symptoms are managed. In fact medicine is chock full of treatments that essentially mitigate symptoms rather than modify disease course. Neat and oft-discussed examples from general medicine (such as the setting of a broken bone) do not constitute a paradigm for how most of medicine works.

Some controversies are unlikely to be easily laid to rest. Huda draws comparisons between psychiatric disorders and other medical disorders in terms of their shared social risk factors. Sure social risk factors are important in the overall aetiology of psychiatric problems – his argument goes – but this is also the case for TB and cancer, and so on. The comparison here is certainly revealing, but it leaves a theoretical itch unscratched. My sense is that when many critics of psychiatry argue for social determinants in psychosis and depression, the meat of their argument lies in the role of proposed mediators. In TB, the mediating variable between low socioeconomic status and an infected lung is presumably something like exposure to the relevant bacterium. For the link between social adversity and psychosis, the mediating variable is supposed to be threat-related cognitions, or dissociation, or what have you. The point is this: while some argue that many important mediators in mental health operate at a personal level (e.g. in the mind), in the rest of medicine the mediators are sub-personal in nature (taking place in the body and unawares). This personal/sub-personal level seems to me to be the overall argument unifying the work of R. D Laing, cognitive theorists, David Smail, and latterly The British Psychological Society. This argument is empirically defeasible of course- but Huda’s book doesn’t address it head on.

Another general point left me vaguely dissatisfied: Huda’s argument relies on a strategy of marking overlap between psychiatry and general medicine in various of the domains he samples, but this turns out to be a rather vague system. At the end he concludes there is “some overlap” across each of the domains sampled, and therefore that psychiatry resembles (and belongs to) the rest of medicine. While, as a non-medic, I found this argument convincing, I was also left with the uneasy sense that I had no way of knowing how wide a sample of “general medicine” had been reviewed. To frame this worry as a question: If the “some overlap” indicated in the conclusion were to be rendered as a Venn diagram (with one circle representing “psychiatry” and the other “medicine”), what proportion of the respective circles would be contained in the overlap? Perhaps the comparison syndromes from general medicine were chosen for their rhetorical value, and are not as representative of general medicine as this book seems to suggest. I also wondered how I might feel about all this if I were a psychiatrist myself. In an important sense, psychiatry is very unlike the rest of medicine, and that is a good thing. What other medical specialty includes the formalised teaching of neuroscience, pharmacology and epidemiology, alongside psychotherapy skills, psychoanalytic theory and pheneomenological philosophy? The psychiatrists I have worked alongside have often had an awesome skill set (during my postdoctoral clinical year in a trauma clinic I received intensive psychotherapeutic supervision from a psychiatrist who also covered medication management), which sets them well apart from practitioners of other medical specialties. Psychiatrists need to be doctors, but they also need to be much more besides.

The great contribution of this book is that in an inflamed debate it makes an essentially deflationary argument. Psychiatric medicine is not held up as being a particularly special or superior approach, but one among many, with its own upsides and downsides. Whatever some might prophesy, there are no magic bullets here, now or in the foreseeable future. There is only – and this is for psychiatry at its best – cost/benefit trade off, careful judgement and evidence-based decision making. This book is less an elevation of psychiatry than it is a deflationary account of medicine in general. Modern medicine may have its miraculous moments, but most doctors are dealing with a great deal of uncertainty and imperfection. Psychiatrists are no different.

Comment on “Psychiatry: Neither a magic bullet nor a simple target”