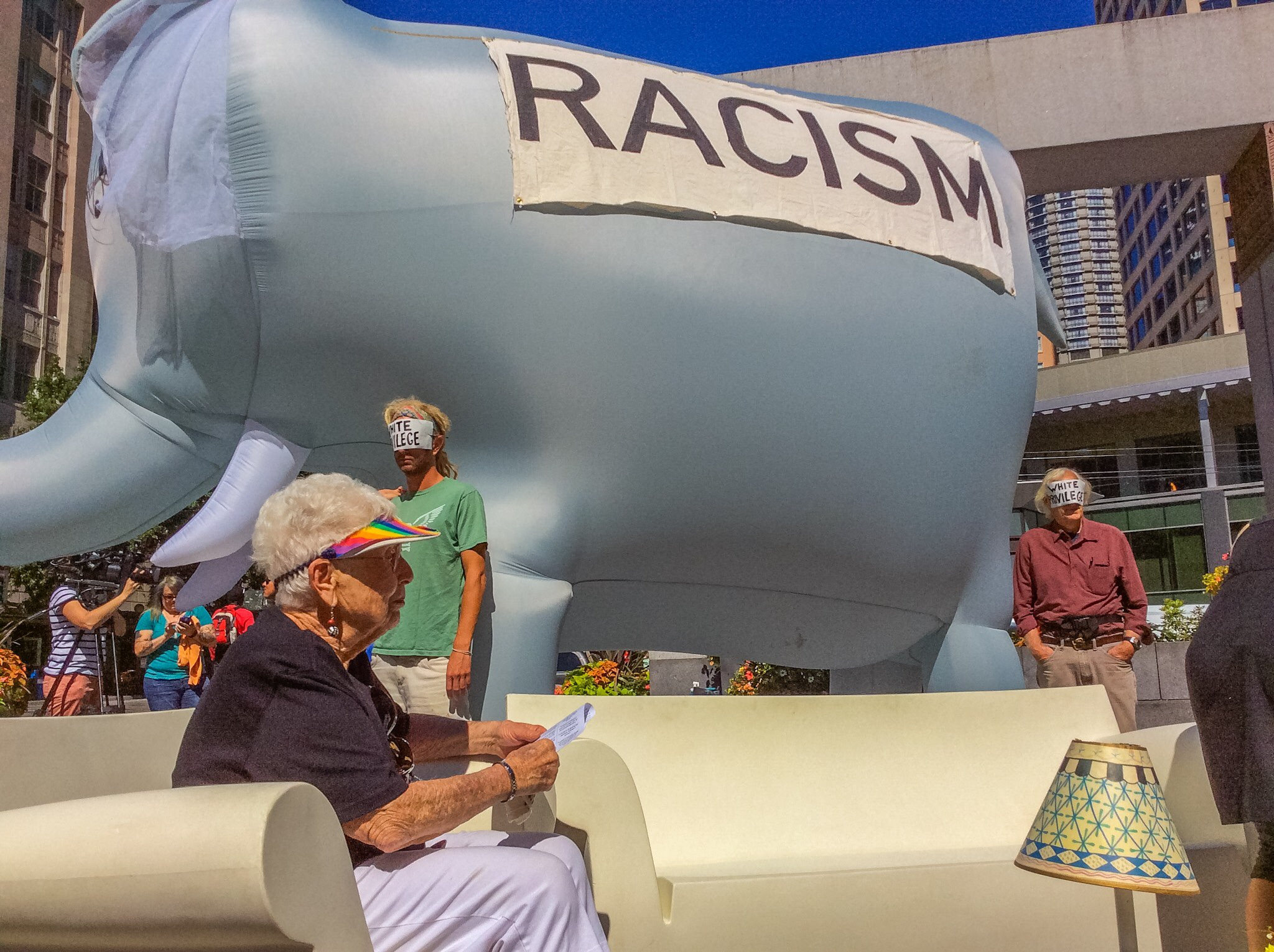 Rufus May asks whether we talk enough about race in mental health.

I often think about my friend Paul. We met in Hackney hospital in the eighties when we were both psychiatric patients.  Paul was in his early thirties and Jamaican by background. His buoyant positive attitude and warmth was a great help to me during that time. A few years later when I was studying psychology, Paul contacted me again. He had been readmitted and was complaining of being over-medicated.  Although he was still in his thirties he was dying of cancer. On top of that he was back in a psychiatric ward because of his distress. However, the only treatment he was getting was a massive dose of anti-psychotic medication. No-one was giving him counselling for what he was going through. I remember clearly his words ‘They’re giving me so much medication it’s giving me nose bleeds.’ The word that didn’t get mentioned in connection with Paul was ‘racism’.

This week sees the publication of the Kindred Minds Manifesto. This has been produced by a Black and Minority Ethnic service user-led project. 300 BME service users were consulted for the report and the results are profoundly challenging.  They speak of a black man’s Bermuda triangle of Education, Criminal justice and Mental health that many black men will disappear into. Above all the KMM urges politicians and health providers to acknowledge and address the health inequalities black people experience.

Racism is the elephant in the room in mental health. Being black means being more likely to receive ‘heavy’ diagnostic labels like schizophrenia. It also means higher doses of medication and more coercive treatment than white people receive. I have worked in mental health for over 20 years now. I have seen racial inequality at its most pronounced when I walk on to the most secure (i.e. locked) wards in mental health units. There is often an over-representation of black people: usually black men.  How does this happen? In 2002 the Sainsbury Centre for Mental Health’s Circles of Fear report described how mental health services (buying into stereotypes fuelled by the tabloid media), feared  young black men. The result is heavy-handed treatment.  This in turn created a fear of mental health services in young black men and their families.

My own profession of psychology is also part of the problem. Aside from anything else, black people are less likely to be referred for psychological therapy.  And I’ve noticed there are very few black male psychologists.  On a personal level I try to redress the balance – at work I actively approach black people who are in-patients and let them know they can self-refer for psychological help. But, we need to do much more before it gets to this point. The clues to social causes of the distress and confusion that get labelled as mental illness have always been there, as for a long time black people have consistently been over-represented at the harsher end of the psychiatric system.

The British Psychological Society recently revised its report Understanding Psychosis and Schizophrenia to improve its coverage of the specific issues experienced by people from black and minority ethnic communities. In the past, people who hear voices, believe things others find strange or appear out of touch with reality were often thought to be suffering from a brain problem and diagnosed with schizophrenia or psychosis. However psychological research over the last 30 years is progressively uncovering links with social adversity including bullying, abuse, poverty and discrimination.  One African-Caribbean man I worked with described how at school all the other pupils were white. Other children would avoid sitting near him and make jokes about his skin colour.  He told me that for a long time he had secretly wished he was white.

In the face of this what can and should we do? There is obviously what we can do as individual practitioners. I try and make space in my conversations at work (on psychiatric wards), for talking about experiences of racism and discrimination as well as considering different cultural understandings of distress and confusion. There are cultural differences in how we express emotions and I try to work with that expressiveness rather than shut it down.  If people are interested, we might use different mediums such as creative expression, and boxing pad-work. If someone is shouting about discrimination either directly or symbolically, I will try and make space for listening to that.

There is also the issue of addressing our own racism and blind spots. I like to think I am fair-minded and non-racist. But although I grew up in London, I was educated in a largely white private school system. Consequently I didn’t learn about African and Caribbean history and they certainly didn’t teach us about the impact of slavery.   It was the eighties and tabloids often demonised black men as criminals.  Then there’s the fact that my grandmother used to spit if she saw a black person in the street. All these experiences are bound to have had an impact on me. I hate to admit it but I reckon on a bad day I can still feel more fear if I am walking past a black man on the street than a white one. I think that growing up in post-colonial culture, it’s unavoidable that part of me will be racist.

By the time people reach acute mental health services it feels a bit late in the day. What would be ideal would be to have strong preventive approaches in the community – ideally led by people from black and ethnic minorities. There are small pockets where this does happen (e.g see the Pattigift therapy project & Sharing Voices but under austerity less established initiatives will find it harder to get funding.

What the Kindred Minds Manifesto, Circles of Fear and Understanding Psychosis acknowledge is that mental health services are institutionally racist. Not just that but also that the road towards services is made up of thousands of overt or subtle experiences of racism and oppression. As these initiatives suggest we need to speak up about racism whether its conscious or not.  And think about how we can address it. I think that is as much my responsibility as a white person as anyone from an ethnic minority.

Thank you to Ola Spence, Anne Cooke and John McGowan for comments on earlier drafts of this piece.

You can follow Rufus May on Twitter here. The Kindred Minds Manifesto project is seeking funding to assist with wider dissemination. More details here.