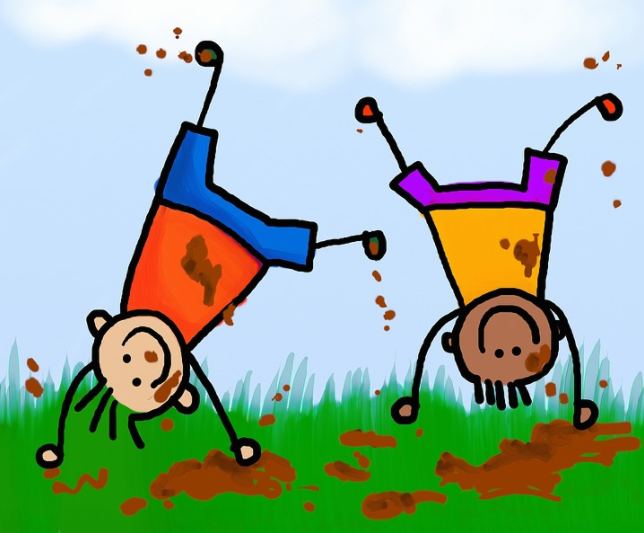 Britain’s schools are changing: not just in terms of what is taught, but also what we expect them do to help pupils. In June 2017, the Times Educational Supplement reported that the government had put £200k behind a plan to train ‘mental health first-aiders’ in every secondary school. The funding is intended to train 3,000 teachers and teaching assistants over the next three years. ‘Teachers will receive practical advice on how to deal with mental health issues such as depression, anxiety, suicide and self-harm,’ explained the TES.

If £200k doesn’t sound like it would go a long way, in February this year, Health Secretary Jeremy Hunt announced a £5 million programme to train primary school staff in mental health first aid. It’s hard to argue with the proposition that providing more support for the emotional wellbeing of school children is a bad thing, but these proposals may pose problems for children with mental health difficulties and for children who are simply going through the struggles of growing up.

Some have raised doubts about whether providing some cursory training to already over-stretched teachers will do anything for the children who need specialist support. ‘Schools may help in identifying problems, but if the mental health support services are not there, then this is only part of the solution,’ said Russell Hobby, general secretary of the National Association of Head Teachers. ‘We know of the long waiting times for child and adolescent mental health services, which must be addressed to give children the support they need.’

Indeed. Those who work in adolescent therapy or student support services are acutely aware that a clinical diagnosis is a big deal. To help a child in difficulty, diagnosis should be followed by a carefully-managed plan of medical treatment and educational intervention. This is not the kind of intervention that teachers can, or should be expected to, provide. Teachers are skilled professionals – but in education, not mental health. Pushing them to the front line in this way risks embroiling them in problems that they are not ultimately equipped to deal with. It also risks taking attention and resources away from specialist support for children with serious mental health problems, who need more than a sticking-plaster solution.

So we should be concerned that these proposals are insufficient to address children’s mental health problems. But we might also ask whether there is too much intervention in this area. The kind of approach favoured by politicians skirts around many of the complicated questions about the apparent rise in mental illness amongst young people. Is there something about society today that is making our children sick? Or we are diagnosing aspects of what was once seen as ‘normal’ life – the pain of growing up – in medical terms? To what extent can we distinguish between children experiencing psychiatric problems from children who have come to see their troubles as mental health problems? And when confronted with what must be, at the very least, an expression of unhappiness and distress – what can we do about it?

In an announcement given on A-level results day in August 2017, Prime Minister Theresa May unveiled a new course developed by the National Citizen Service (NCS), designed ‘to raise awareness of mental health among young people and improve their knowledge of how to get help’. This course, explained the Prime Minister’s Office, would be delivered as part of the NCS’s ‘programme to prepare young people for the challenges of adult life and work’. ‘It is not only the pressures of school and exams, though that is in the front of our minds today, but also self-esteem issues, struggles with home life or friendships, and getting into university or finding a job that can all affect mental wellbeing,’ she said.

But problems of life – let alone problems of what is now fashionably termed ‘employability’ – are not the same as mental health problems, and it helps nobody to perceive them in this way. In attempting to address an apparent epidemic of stress and anxiety, engaging schools and teachers more directly in this problem are likely to feed the trend towards medicalising young people’s everyday problems. This does a disservice to children who are not suffering from mental health problems, not least by presenting lack of interest or engagement, or the occasional outbursts of anger, as pathological features of the child rather than a response to the often mundane and frustrating life of being a teenager going to school.

The complexity of mental illness, and the wider debate about what it means, should result in a response that is cautious and sensitive. For children who are experiencing everyday stress and angst, the best remedy is kindness, inspiration, and adult guidance. Those with serious mental health problems need sustained and skilled mental health interventions and support. We should be wary of proposals that conflate these two problems, and end up engaging with neither.

Jennie Bristow is a Senior Lecturer in Sociology at Canterbury Christ Church University. You can read more here and follow CCCU Sociology on Twitter here.