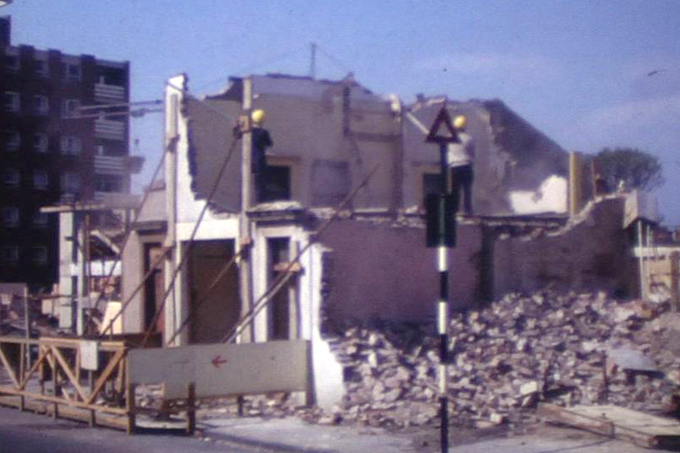 John Clague RIBA produced a Herne Bay newsreel annually between 1935 and 1970. This clip comes from his 1966-67 newsreel. The original film had music and commentary (but can’t be included for copyright reasons). The commentary on his films were insightful and well considered. Here is the script for this particular film clip:
“An Englishman’s home is his castle and that goes for women too. Here in 60 Kings Road, one Miss Frances Mount, defied for many weeks the attempts of the Herne Bay Council to persuade her to give up her home but eventually she left and round the pile of rubble that was 60 Kings Road sprang the next stage of the Elizabeth Court development.”
John was a keen amateur filmmaker who lived in Herne Bay but worked in Canterbury where he set up Clague Architects.