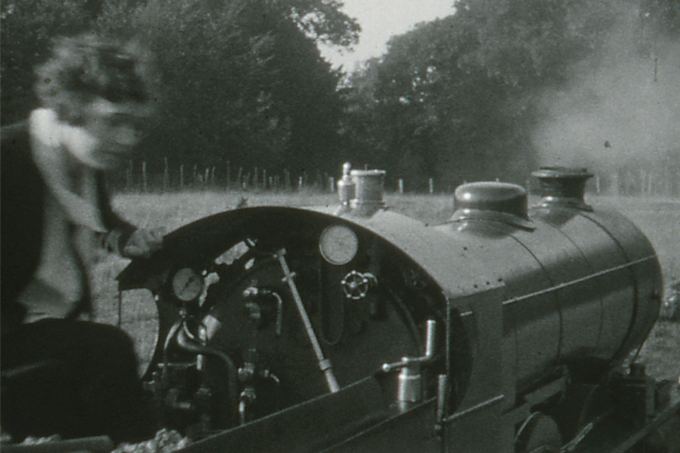 Part of the ‘lost’ Count Zborowski home movie shot in the summer of 1924 by Sydney Bligh. This is an out-take from the film which was made in the style of Hollywood movies of the time. This clip features the locomotive built by Bassett-Lowke for the Count for which a private mile-long 15″ track was built around the estate at Higham, just outside Bridge. This was the precursor to the Romney Hythe and Dymchurch railway.

I am currently editing the Count Zborowski home movie, adding inter-titles to help convey a coherent narrative and piano music to suit the silent era period. I aim to screen this publicly once it’s finished (after only 94 years in the making).