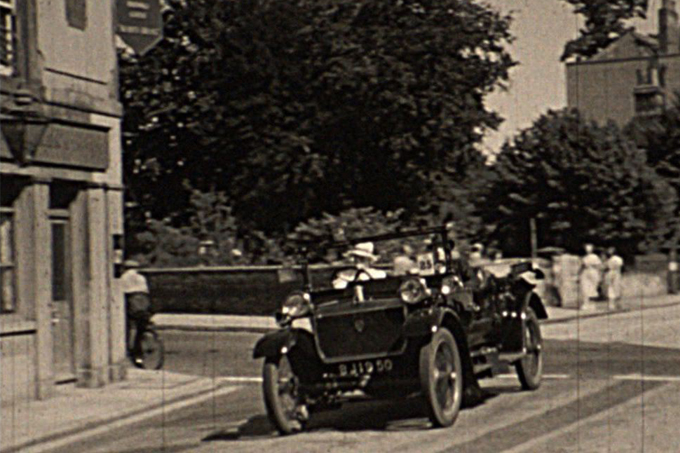 Shot in Canterbury during the Festival of Britain in 1951. In the background can be seen the site for the Fire Station and the Police Station.
Peter Mills started making films in 1951 when he got a 9.5mm camera for his 21st birthday.
He became on of the key members of the Canterbury Amateur Cine Society Film Unit.