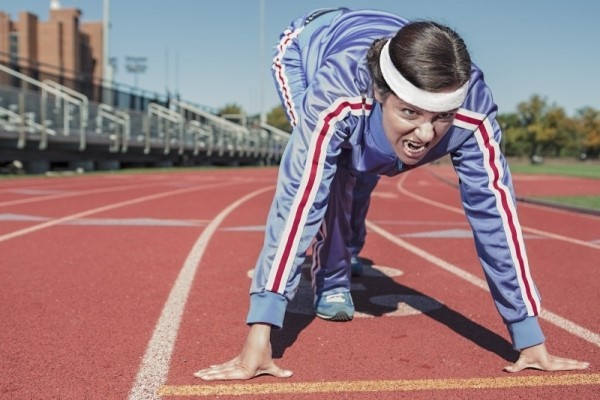 Dr. James Cane, Senior Lecturer at CCCU, discusses his personal reflections on mental barriers to both starting a run and chasing a personal best.

I quite like running. No I really do. Nothing makes me happier than sneaking into my shorts, strapping on my ‘technical T’, and revving up my overly-designed running shoes to take to our local woods, or traverse down the picturesque paths around Kent. However, those of you who have tried running for any distance will understand the extent to which running is affected by the mind. Indeed, if we runners could only disengage some of the thought processes we have whilst running we would, as Kate Bush once put it, … “Be running up that road, Be running up that hill. With no problems.”

Recently four intrepid runners from Psychology at CCCU took to the Brett Owler races in Ashford, which consisted of taking part in a Marathon, Half-Marathon, or 10k. Dr Ian Hocking took part in the marathon, and the remaining three (Dr Britta Osthaus, Tom Prosser, and myself) took part in the 10k, and all did very well and seemed very motivated towards the end goal. 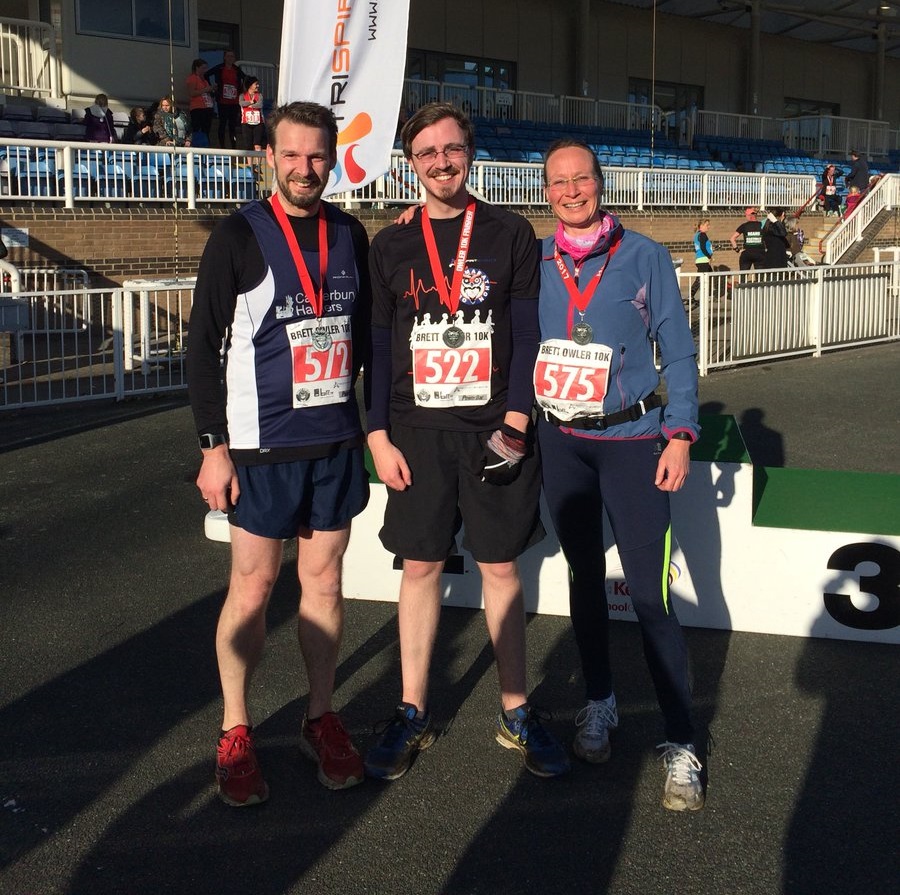 However, having been running for a number of years now, I have come to realise that engaging in, and particularly maintaining activities such as running on a regular basis can involve a battle with the mind. Sometimes there is a lack of motivation to go for a run, especially when this is part of a training plan, and even more so when this involves going out on a cold and wintry night. We know the process of running / exercising might be both physically and psychologically beneficial, however putting one foot in front of the other just to get to the front door can be particularly hard. There’s a tendency to procrastinate with ‘kit’, making sure that all watches, phones, socks, headbands, kneebands, shorts, gloves, water bottles, reflective jackets and jetpacks (I wish) are also supremely ready for the task ahead, a task which can be completed perfectly well without any of this ‘kit’ (although it might be somewhat colder without some of these).

Psychology research has been instrumental in looking at some of the factors that influence our motivations to exercise. Research in this area has highlighted that factors such as ‘time constraints’, ‘unsuitable weather’ and ‘being too tired’ are common excuses for not engaging in exercise (see Tappe et al., 1989; Booth et al., 1997; Heesch et al., 2000). However, the motivation to engage in exercise is thought to develop on a continuum from childhood to adulthood. A recent study by Thompson and McAdoo (2016) highlighted different stages through which motivation is developed. In particular, that opportunities to engage in exercise, and encouragement from family, play a key role in the development of motivation in early years. Then positive affirmations, guidance and support from significant others outside the family (i.e. from teachers and coaches, and team mates) help build this motivational development in adolescent years, then later continued exercise leads to an exercise ‘identity’ through which a person is confident in their ability to adhere to a regular exercise routine in adulthood. From my own perspective, I know that positive affirmations from peers, especially from my work colleagues and running club, play an intrinsic role in my motivation to keep running.

But it’s not all about getting the motivation to go for the run, continuing the exercise for a specific period of time is most important to gain real benefits (even if all we might want to do is throw in the towel and get a nice cup of tea). This is where attentional focus comes into play. Indeed, blocking out the effort-related physical sensations often experienced whilst engaging in exercise, known as ‘dissociation’, has been linked with a reduction in fatigue and perceived exertion during exercise (see Pennebaker & Lightner, 1980; Masters & Ogles, 1998). However, these ‘dissociators’ aren’t the only lucky ones, as those who focus on internal bodily events, a cognitive process called association, are more likely to be self-determined when engaging in physical exercise (see Jones et al., 2017) and achieve faster performance times (see Connolly & Janelle; Masters & Ogles, 1998). So it would seem that being a dissociator will help me keep me going on that long run, whilst being an associator might help me be determined to finish the run and achieve that elusive personal best. Now, if only I could find a way to associate and dissociate at the same time, then I am sure I would be on a winning streak.

Thompson, D. & McAdoo, K. (2016). An exploration into the development of motivation to exercise in a group of male UK regular gym users, International Journal of Sport and Exercise Psychology, 14(4), 414-429.