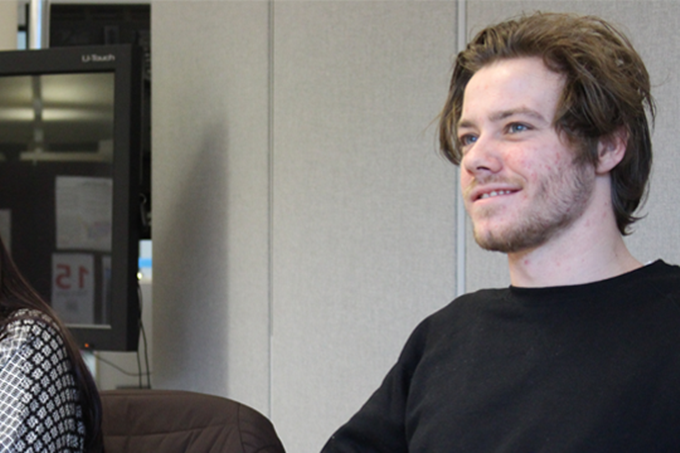 Broadstairs’ student Dan Loveday reveals how working with Partners in Learning allowed him to discover Canterbury and a whole wealth of other students and staff he may have never met.

Being a latecomer to the partners in learning group I thought I would find it hard to enter something that was already established, however this wasn’t the case, they student consultant team were the most welcoming people I had met since joining university. Taking both myself and another member on at the same time and making us completely comfortable within the group just in our first session.

I was taken on as the photographer, someone who would document the group through the project. I started in February of 2016 with the group and worked with them through to the end of the term (June 2016). I had never seen a group of students like PiL that were so determined and had such a great work effort, something that really inspired me to work with them. Seeing their passion for what they were doing pushed me to give them something in return and to help with some decisions and discussions.

Seeing as I’m part of one of the smaller campus’s (Broadstairs) it meant that I hadn’t really had much interaction with the rest of the university or the main campus within Canterbury. Joining PiL meant I met so many more students and staff; it gave me a chance to really explore the university and Canterbury itself which prior to this I hadn’t had the opportunity or chance to.

I found that once we had arrived at the end of the year’s project, not only had I helped them with documentation, but they had helped me with my confidence. Prior to joining PiL I found it hard to push myself into certain situations that were out of my comfort zone, now I find that I can go into any situation still with a slight nervousness but confident that I can do the job and I think this is completely down to the students and the staff involved with the Partners in Learning group.