This week there is information about the Centre’s future events, a report on the Kent History Postgraduate Group’s monthly research seminar and a notice about Dr Jayne Wackett’s memorial tree.

Mapping places and spaces in Canterbury and Faversham

Before I get to the book launch and a meeting on mapping Faversham through time, I thought I would mention that the CCCU Kent History Postgraduates will be holding their monthly seminar next Wednesday. Our two presentations will be given by Janet Clayton, whom many of you will know is studying Scadbury manor and the surrounding area with special reference to the High Middle Ages, and Abigail Sargent. It will be great to welcome Abigail because she is doing her doctorate at Princeton University in the United States. Currently, she is on an archival research trip studying peasant communities in Kent and Normandy, again looking specifically at the High Middle Ages. Obviously, there will be a report on this seminar next week.

This week really will be much shorter because firstly I’m going to mention a lecture organised by History at CCCU next Thursday 13 December, and then will report on one event. The lecture at 5pm in Newton, Nf09 will be given by Dr Neil Murphy of the University of Northumbria and his chosen topic is, ‘Cartography, Colonisation and Henry VIII’s Conquest of Boulogne, 1544-6’ – all welcome.

Exploring the People’s History and Heritage – Ash, Faversham and Canterbury

The last few days have been exceedingly busy, partly because we are now a fortnight away from the Medieval Canterbury Weekend 2018 – there are still tickets available from ‘Campfire Tales’, with The Canterbury Tales, on Friday 6 April for ‘younger medievalists’ to the wide range of Medieval History talks from Friday evening until Sunday afternoon – www.canterbury.ac.uk/medieval-canterbury and also because I have been involved in several meetings about the Faversham exhibition, about working with schoolchildren on History topics and drawing up details for the next Nightingale Memorial Lecture, the joint event with the Agricultural Museum, Brook.

Having discussed one event in the whole blog last week, I thought this week I would begin with news of three Centre events next month before turning briefly to one event that occurred yesterday and then even more briefly to one that took place last week.

This week I have been to two meetings among other things, and, although they may seem very different, they actually have common themes such as the value of bringing archaeology and documentary research together, as well as the importance of studying the lives of people in the past who were not royalty or aristocrats, but who made up the bulk of society.

Firstly, very briefly, we are now just over a week away from the joint all-day conference on ‘Names: Kent Places and People’ that will take place in Powell Lecture theatre on Saturday 12 November. There are still tickets available at: http://www.canterbury.ac.uk/arts-and-culture/calendar.aspx or email artsandculture@canterbury.ac.uk or phone 01227 782994. Another date for those from Canterbury is Tuesday 6 December at 6pm in Old Sessions House when Paul Bennett, the Director of Canterbury Archaeological Trust, will give his audience the story of his life as an archaeologist that will include his work in Libya, Iraq and Canterbury – not to be missed!

Being in Petts Wood on Wednesday, I met Janet Clayton who is working on her doctorate under the supervision of Dr David Grummitt at Canterbury Christ Church. She is researching the history of Scadbury manor through its relations with London. As a leading member of Orpington and District Archaeological Society, she has for several decades been involved in numerous archaeological excavations in and around this moated manor complex. It is a gem of a place and this was my first opportunity to see it. The de Scadbury family as holders of the manor may predate the 1260s but, as Janet said, this is the first reference to them and is an interesting period because it coincides with the baronial wars between Henry III and Simon de Montmort, and the de Montforts had land in the area. Nevertheless, Scadbury is usually associated with the Walsingham family who may have come originally from Little Walsingham in Norfolk. Yet the connection is closer because Thomas Walsingham was an extremely wealthy London vintner and like many of his social group he purchased land, or in this case a manor, in the early fifteenth century. He may have resided in Kent at times, but his London house probably remained his main residence, and he and his wife sought burial in their home parish of St Katherine’s by the Tower. Such London merchants, and in Thomas’s case his son, grandson and great-grandson continued to foster the relationship between town and country; court, London and the provinces, and it such connections and inter-connections that Janet is exploring. 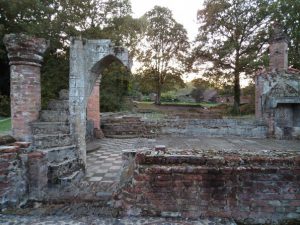 The great hall at Scadbury

Of course, she is not the only history/archaeology postgraduate at Canterbury Christ Church working on a Kent topic, and among the others are Joseph O’Riordan and Jacie-Ann Ryan whom I have mentioned before. Joseph is working on the impact of the Reformation on the people of Canterbury and Jacie-Ann is exploring food history in Kent during the Second World War. However there are others and they include Cheryl Periton who is studying the development of numeracy in early modern society for a doctorate. She is using Faversham as her main case study, not least because the town and church court records are especially rich for this area of Kent. Lily Hawker-Yates will draw on archaeology and history as she examines how people explain the archaeology around them, both in the past and in the present. Using documents within Canterbury Cathedral Archives, such as parish records, she will seek changes in names of local places, which in some cases may reflect growing folk tradition. Another potentially valuable source for such a study are the Kent Hundred Rolls that date from 1274-5 and give information about who held land and what they were doing with it (digging ditches, buildings that may now exist solely as earthworks). Like Joseph, Hannah More has just started working on a Masters and her chosen topic is the suffragette movement in Kent, looking particularly at the differences in the experiences and attitudes of women in two regions of the county, firstly the Medway area, and, as a comparison, the apparently more militant women of east Kent.

Furthermore, several staff members within the School of Humanities are at various stages of putting together project proposals to funding bodies from the Heritage Lottery Fund to the AHRC. Among the former who are looking to develop a more community-based project are Dr Lesley Hardy from History and Dr Mike Bintley from English Literature. I have mentioned their joint proposal before, but I thought I would mention that Mike told me recently that Lesley had been working very hard on the bid with Dr Andrew Richardson of Canterbury Archaeological Trust and that they had or were just about to submit an application to the Heritage Lottery Fund regarding the ‘Finding Easnwithe’ project. This will also involve a particularly active local history and archaeology group from Folkestone and hopefully it will follow in the successful footsteps of ‘A Town Unearthed’, also funded by the Heritage Lottery a few years ago.

At a much earlier stage is a project on early modern Canterbury, which will employ the research skills of those at Canterbury Christ Church and elsewhere. This project is likely to involve Professors Jackie Eales from CCCU and Catherine Richardson from the University of Kent. I’m sure Jackie Eales is well known from her 1641 project on Canterbury, and Catherine has written extensively on material culture in the early modern period. Among her many publications are Everyday Objects and The Routledge Handbook of Material Culture in Early Modern Europe, and, as she and Tara Hamling have noted, ‘Knowing about people’s possessions is crucial to understanding their experience of daily life, the way they saw themselves in relation to their peers and their responses to and interactions with the social, cultural and economic structure and processes which made up the societies in which they lives’. Consequently, it will be interesting to see how all of these projects move forward and I will keep readers of the blog posted on developments.

School of Humanities @cccu_humanities @BL_Publishing: Did you know we’ve got another brilliant #BlogTour for the Autumn 2021 #WomenWriters titles? 📚 Keep up the #WomenWriters series with the #WomenWritersBlogTour, running throughout October and November. There’ll be lots of wonderful content shared across Twitter, WordPress... https://t.co/T94ArhTV0W 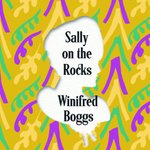 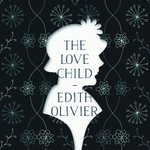 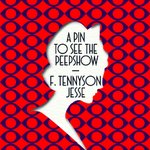 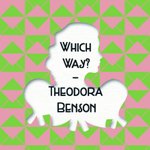 h J R
School of Humanities @cccu_humanities @KentMaps1: An early adopter of the Public Libraries Act, Canterbury Free Library opened in 1858. Thank you @The_Beaney for sending us this lovely picture of the bookplate designed by artist Sebastian Evans! https://t.co/YyG2QMUwE4 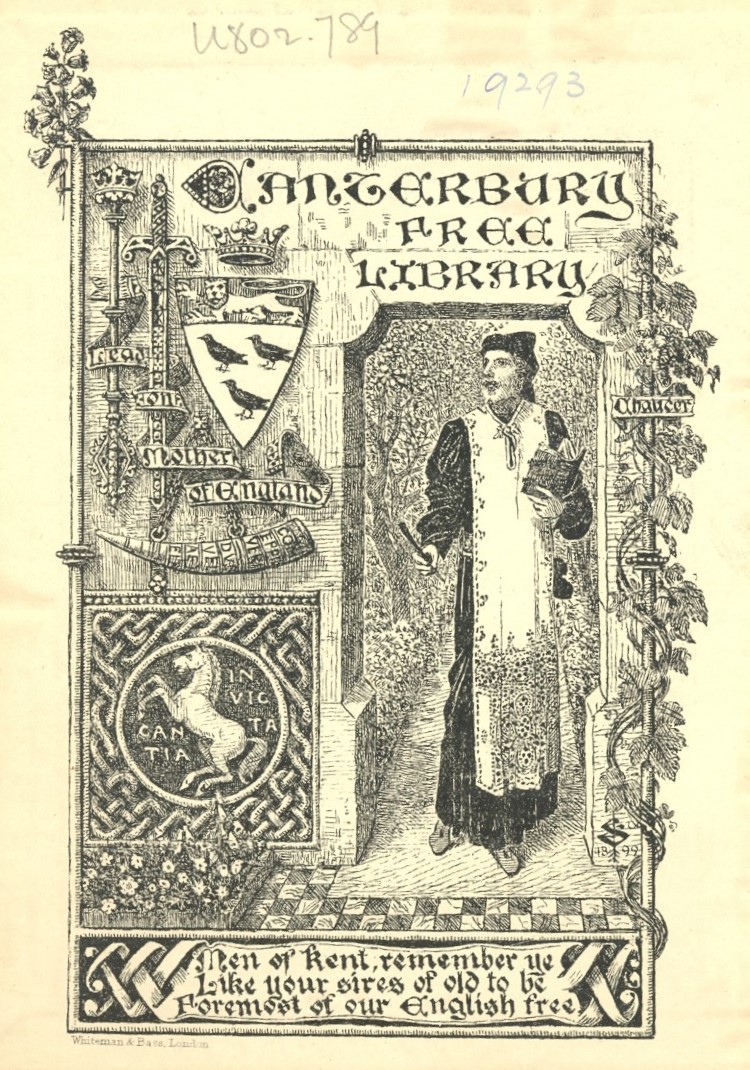