It has been an interesting and busy week, and before I get to the William Somner conference on Saturday, I thought I would just mention that it was great to see the new Juxon Room at Eastbridge Hospital. They have certainly transformed a rather dark room into a light space that means the roof timbers are beautifully exposed to be admired at last. The other exciting feature is the glass floor panels that allow you to see the bridge timbers and the river below. See the photo below.

Before I come to the Tudors and Stuarts Weekend, I thought I would mention the ‘Family and Power in the Middle Ages’ conference that will be taking place on Friday and Saturday this week.

Having highlighted Leonie Seliger’s wonderful talk about the Ancestors stained glass windows last week, I thought today I would focus on another of the cathedral’s experts. I first met Heather Newton, who heads the masonry department at Canterbury, when I was organising a study day at Hythe parish church as a joint initiative between the Kent Archaeological Society’s churches committee, the churchwardens at St Leonard’s, Hythe, and Canterbury Cathedral. This study day looked at how the parishioners in the Middle Ages would have experienced their church – the services, the spaces, the places they would have come to for those rites of passage from cradle to grave, as well as for the town court and civic elections – through a series of lectures and workshops. Heather led one of these sessions, where she explained and demonstrated how the masons would have worked, the tools they would have used and what types of designs they would have implemented. Everyone enjoyed her exceedingly informative session, and, like Leonie, it was obvious just how good a communicator she is – making the complex appear simple. 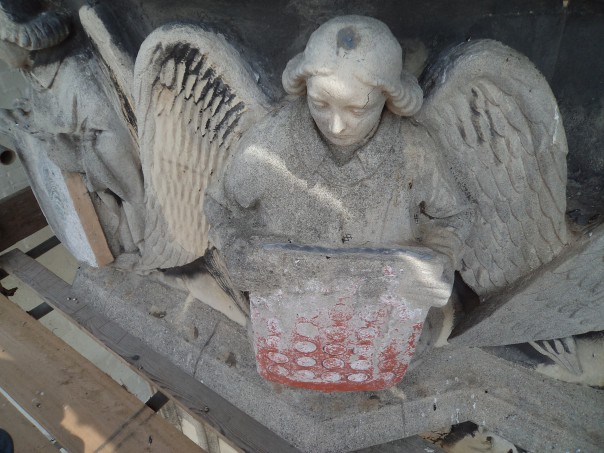 Consequently when Heather offered me the opportunity to have a guided tour of Christ Church gate I leapt at the chance to be shown around by such an expert. It is only the start of the Dean & Chapter’s Heritage Lottery-funded project on the gate so there will be scaffolding around the structure off and on for several years to come. At this stage it is more deciding what should be done and this can only be achieved once the gate structure has been surveyed in detail. In addition to Heather and her team, Rupert Austin and Peter Seary from Canterbury Archaeological Trust have been heavily involved in these early stages and this collaborative approach is vital to achieve the best result. Moreover, as the year-long documentary on Canterbury Cathedral demonstrated, the need to enhance the relationship between cathedral and city is vital if both parties are truly going to make the most of being part of Canterbury. Hopefully this will extend to the universities, and especially this Centre at Christ Church, which is physically only just outside the walls and includes staff members who see the precincts and Cathedral Archives and Library as a second home.

To return to the gate, a physical and symbolic interface between city and cathedral now as it was 500 years ago when it was first constructed on its present site. This magnificent structure was built in the early Tudor period and perhaps completed by 1520, the year of St Thomas of Canterbury’s final Jubilee, albeit that would not have been known by those attending the celebrations. Over the centuries it continued to function as a border between these two authorities: secular and clerical and, depending on relations between them, might be a more or less permeable boundary. In Elizabethan Canterbury, for example, the city made its way into the precincts as several of the citizens ran shops and workshops there, shopkeepers and customers not only discussing matters of commerce but also their responses to the religious changes. We know about such conversations from the church court depositions, and there is a particularly interesting case that involves a very heated discussion about plays and playing in Canterbury and New Romney, and a friar’s coat.

The gate also witnessed conflict between cathedral and city in Elizabeth’s reign (1561), but it is the mid-17th strife that led to changes to the gate itself when a group of Parliamentary soldiers used the statue of Christ in the great central niche for target practice (the statue was thereafter removed on the mayor’s orders). This occasion, in August 1642, was the final part of the soldiers’ iconoclastic activities at the cathedral that day, thereby pitting them against those who saw themselves as supporters of Archbishop Laud. From the available evidence, Peter Seary is not sure whether the wooden gates had already been removed. However, all of this destruction was part and parcel of the war between Royalists and Parliamentarians, the conflict at the gate (and in Canterbury) mirroring national conditions, and culminating in the Christmas riots of 1647.

Thus in the 1650s the empty space where the wooden gates had been did not denote harmony between those inside and outside the precincts; and it seems likely that for many contemporaries this denoted penetration of the cathedral (Church) rather than a welcome opening up of the cathedral to the city. For the Restoration cathedral community, putting back the wooden gates was a high priority and the current oak gates date from 1661. These are splendid baroque pieces and have recently been restored to their former glory. So if you have never really looked at them, I would suggest you take the opportunity, not least because the iconography and heraldry are fascinating.

This brings me back to the gate and to finish I just want to mention a couple of items Heather told me as we clambered down from the parapet to the various levels of scaffolding as she showed me, amongst other things, what is still original Caen stone, what is Portland-stone repairs and further repairs in Doulting stone, as well as W.D. Caroe’s careful repair work in plastic stone and Clipsham. Comparing the different types of stone was fascinating, from the Portland: coarse and extremely hard-wearing, but useless for detailed carving (turrets and parapet) to the Caen: now fragmentary and crumbling, but still showing delicate details, as in the small section of angel’s wing above. Also interesting was the paintwork, of which there are tiny original traces, as well as Caroe’s sometimes somewhat imaginative inventions. Consequently, I had a very happy hour or so with a true expert and I am now really looking forward to what the team decide should be the correct course of action: that is how much do you restore, what time period to you privilege, do you want to see the gate in as close to its original form as possible or as a continuous work in progress? And finally, hopefully participants at the ‘Medieval Canterbury Weekend’ next April will have the opportunity to view Christ Church gate, alongside some of the city’s other iconic buildings. The publicity and booking systems are now almost complete and I’m hoping to be able to provide the appropriate web addresses and links in early July. 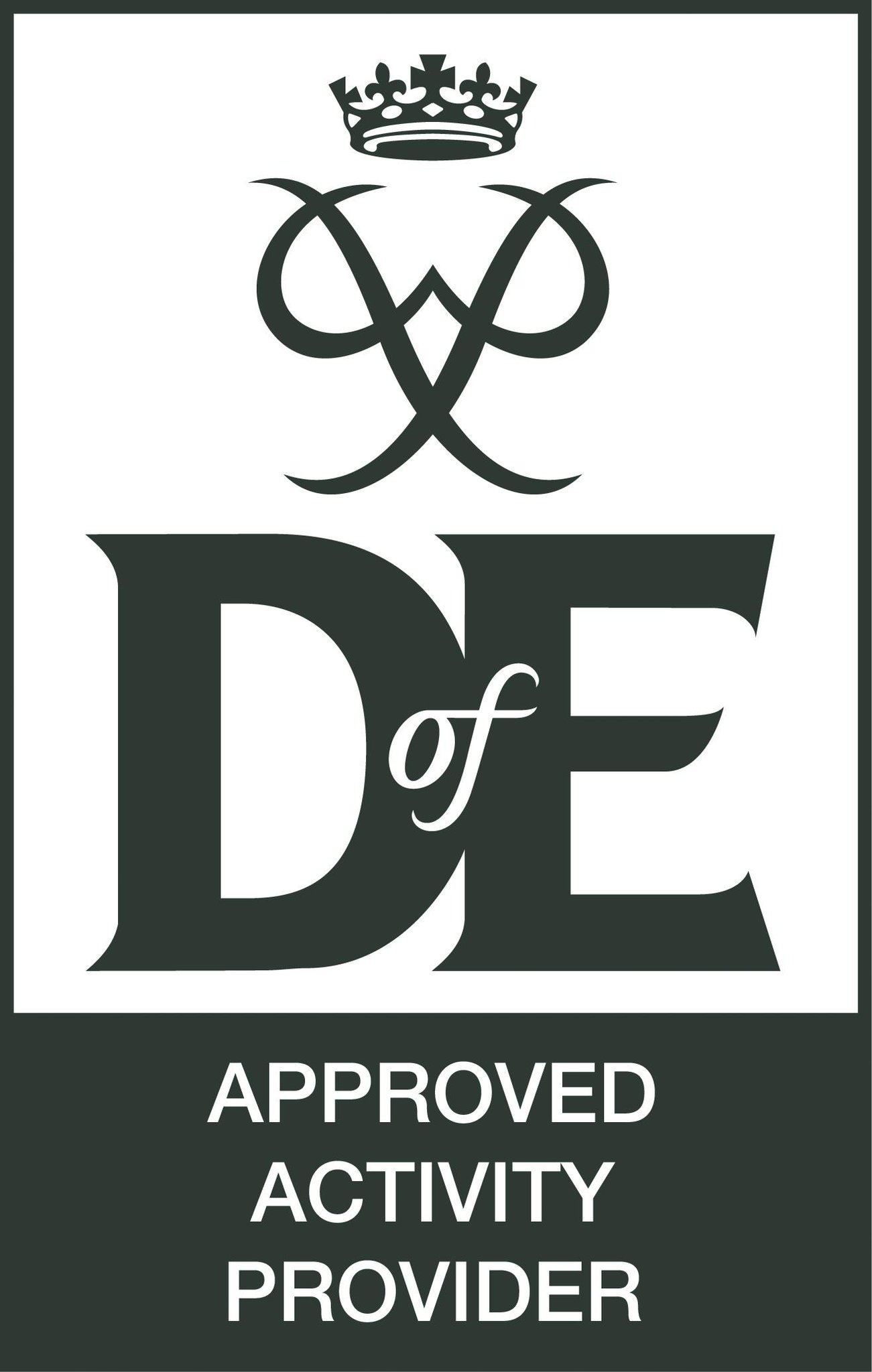