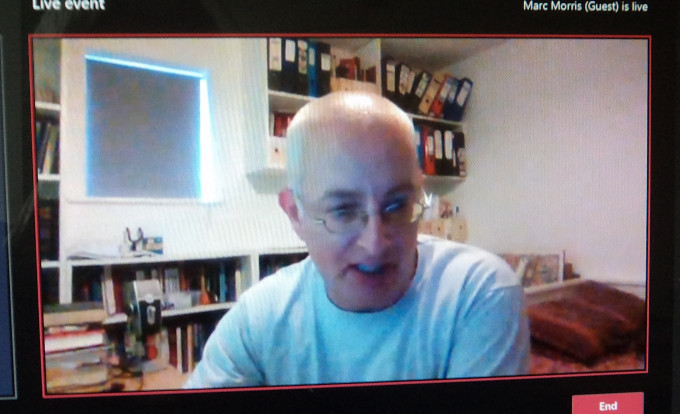 I thought I would start by mentioning a Kent matter. The Agricultural Museum Brook (near Wye) will be reopening again for visitors from Saturday 5 June. We at the CKHH work with the Museum in various ways, including the joint Nightingale Memorial Lecture in late September and Dr John Bulaitis and I are trustees there. If you want to have a look at the Museum virtually as well as opening times and other details, please check out: https://www.agriculturalmuseumbrook.org.uk/

In addition, before I come to events that took place this week, I thought I would flag up something for next week. Now that Professor Peter Vujakovic is based in the diocese of Gloucester, he has become involved in the ‘Love your burial ground week’ from 5th to 13th June, which is part on an initiative of a national charity ‘Caring for God’s Acre’. Hence the lych gate film last week with John Hills, which is now done and I’ll post the link in next week’s blog.

So back to this week and just to say Dr Diane Heath and I have a meeting of the Faversham Magna Carta Advisory Committee on Friday, I’m continuing to be involved in the Lossenham project, as well as with those from Lenham and Charing, the ‘Animated Becket’ pack for schools primarily devised by Michael Byrne during his Taught MA internship has gone to Dr Claire Bartram, Claire is also exploring various Kentish heritage initiatives, and we are completing design work on the pop-up banners on aspects of the history of St Dunstan’s church that Beth Woljung worked on for her Applied Humanities placement in April as a 2nd year undergraduate.

Moreover, it will not be long now before Diane knows whether her ‘Medieval Animals Heritage’ project application to the National Heritage Lottery has been successful – continuing to keep fingers crossed! Keeping with the topic of medieval animals, emotions and aiding SEND children, my first short report concerns Diane’s Open Faculty Lecture on 1st June where she outlined the ideas behind the project and how these may be deployed to help young people and families to engage with their emotions, especially vital in the light of the continuing challenges posed by lockdown and associated issues. Such ideas are deeply rooted in medieval philosophy and theology, and without getting into this in any depth, it is worth recording that St Anselm was one of the primary thinkers and exponents of these meditative and other techniques. Such a local connection is important for as a great teacher and builder, his ideas were expressed in physical terms – the crypt at Canterbury Cathedral, as well as in books produced at Canterbury, Rochester and elsewhere by both Anselm and his followers, including Honorius Augustodunensis, the author of The Mirror of the Church (Speculum Ecclesiae) amongst other works.

Rather than going into Anselm’s ideas about how the mind works and how he drew on animals from the Bestiary to inform his teaching through the Four Fold Senses where everything has a literal, allegorical, moral and spiritual meaning, I thought I would stay with the animals which Diane mentioned. In part this is because one of Diane’s prospective partners for the project is Wildwood near Herne that has some very exciting projects on European bison, the European beaver and dormice in motion. Perhaps not surprisingly Diane started with the lion from the Rochester Bestiary that is about to celebrate a major anniversary. Now as I am sure you all know the lion is the king of the beasts, is a figure for Christ, licks his new-born cubs into life on their third day and is merciful to men. On a less happy note, the dragon is angry and is shown attacking the elephant, while the little owl is a figure for loneliness because it ‘shuns the day and seeks out quiet places’, plus is ‘sometimes bullied by other birds’. Thus, animals have a range of attributes and display different emotions, which can be used to provide a safe space to talk through how people of all ages are feeling. As you might expect, Diane’s lecture sparked numerous questions because who can resist the loyal dog – apologies cat lovers!

This week also saw the fortnightly meeting of the Kent History Postgraduates, which was one of the ‘catch-up’ meetings, next time it will be Pete Joyce’s presentation. I think it is worth flagging up that the continuing challenges of COVID and various lockdowns etc are having serious repercussions, for the world of the doctoral student can be lonely even under normal circumstances. Nevertheless, while such meetings cannot be a panacea for all ills, they can draw people together, indicate that others are feeling similarly – we are back to emotions, and perhaps suggest strategies people may adopt through this self-help community.

As always this is no special order and I’ll start with Jacie who is working on her chapter about families, not least because this too deals with emotion. She has been going back through her questionnaires to explore aspects such as how many families were effectively functioning with one-parent because the father was away in the armed forces or was already dead. For as you might expect this had serious economic consequences, but equally had an emotional impact too that interestingly seems to have been mediated to a degree through food – availability and which items, as well as who ate what. This all sounds very promising and in response to Jacie’s assessment, Lisa suggested that there is new theoretical work on how such psychological trauma can have implications biologically and in terms of life expectancy. Jacie felt this was potentially helpful and will follow it up.

Turning to Richard, he is hoping to spend some time in the CCCU library soon, but more recently has been busy working on mapping the 5th and 6th centuries building in Canterbury and the degree to which the resident population was reusing Roman buildings and the effects this was having, for example, on the street grid. All agreed this was throwing up some very productive ideas and Richard will aim to expand his mapping approach to this transitional period.

Moving on, Jane has been doing some work towards her upgrade piece and I hope to bring you good news from her before the end of the month. This has involved working on her patronage and religious houses chapter. One of her case studies explores the activities of the de Clare family and their tenants regarding Tonbridge Priory, as well as support of other religious houses in west Kent. The Culpepers will fit in here. This, too, is sounding very promising.

Janet is currently interrupting but for completeness I thought it is important to report that she is continuing to make progress towards recovery from a fall. Although this is slower than she would like, she can now get into the kitchen and into the garden.

Lisa is at the stage of data analysis, which is both exciting and frustrating because she is having to relearn how to do statistical analysis using her bioarcheological approach. Moreover, even though her dataset is good, it still has certain flaws, and she is finding it difficult to know just how far she can push it analytically. She is hampered because this is a new way of approaching the evidence and finding people who have used such methods in the past is proving difficult. Lisa is also a student rep on the Graduate College committee and there is a meeting coming up soon. This sparked a considerable response and Lisa will take the views from the group to the next meeting.

Pete reported that he is busy working through a pile of books but because he will be doing the next presentation, I’ll save his news until next time.

Tracey has been busy tutoring and teaching but because this is half term week she will be having a day in Canterbury Cathedral Archives. This is to explore the documents for Agnes de Condy’s first marriage, for Alice has become a key case study for her religious patronage chapter. Moreover, this chapter highlights the activities of the Cornhill family, and Tracey is now moving into the later Middle Ages and later generations of the county’s knightly families. Again, this is sounding promising, although like other postgraduates she is finding COVID has and continues to make archival research difficult because of the restricted opening times and the very limited access generally.

Like Jane, Maureen is working on her upgrade chapter, using the rise and fall of the deer parks near Tonbridge as her way into the history of the town. Latterly she has been exploring their use as a place to produce iron, aided by some 14th-century accounts that represent a highly unusual survival.  Interestingly they show that the iron works moved from being directly managed to being leased out and such changes happened more than once. Maureen thinks this may reflect the cost of labour not least because the production of charcoal is a key component of iron making. The Culpeper family will be featuring here too.

This brings me to the ‘In conversation’ event with Dr Marc Morris and his new book on The Anglo-Saxons. A History of the Beginnings of England that went off almost without a hitch – prior to starting we had some issues with Marc’s mic but Toby Charlton-Taylor was again on hand to sort things out – many thanks Toby. Equally, I’m very grateful to Diane for acting as the producer while I was interviewing Marc. It is great to report that Marc’s book has been selling extremely well generally, and Craig at the CCCU Bookshop has been finding a similar pattern in Canterbury. Consequently, when I called in at the Bookshop today, he only had one copy left on the shelf, albeit more are on order from the reprinting and Marc will be coming back in to sign them.

However, back to the event and rather than bring you a summary, I am going to give you the link to the recording: https://bit.ly/3fPmMHE  because Marc did an excellent job of answering what he said were‘A’ level style questions. Personally, I just thought they were great ways into the various sections of the book and I think I was right! However, I thought I would mention one fact that I hadn’t known before reading Marc’s book and has really stuck in my mind. Bristol was crucial in the international slave trade of the 11th century, in fact that’s why it was founded and vast numbers of English people as slaves were shipped from there to Scandinavia.

So please do check out the recording of my interview of Marc, you don’t need to have Teams downloaded on your computer, just watch it on the web anonymously. If you aren’t sure, the instructions are in last week’s blog. That brings me to the end for this week and if the early medieval period is of interest to you and you don’t ready have it, Craig has copies in stock of Early Medieval Kent (Boydell, 2016): bookshop@canterbury.ac.uk a great collection if I say so myself! 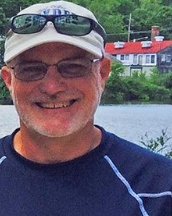 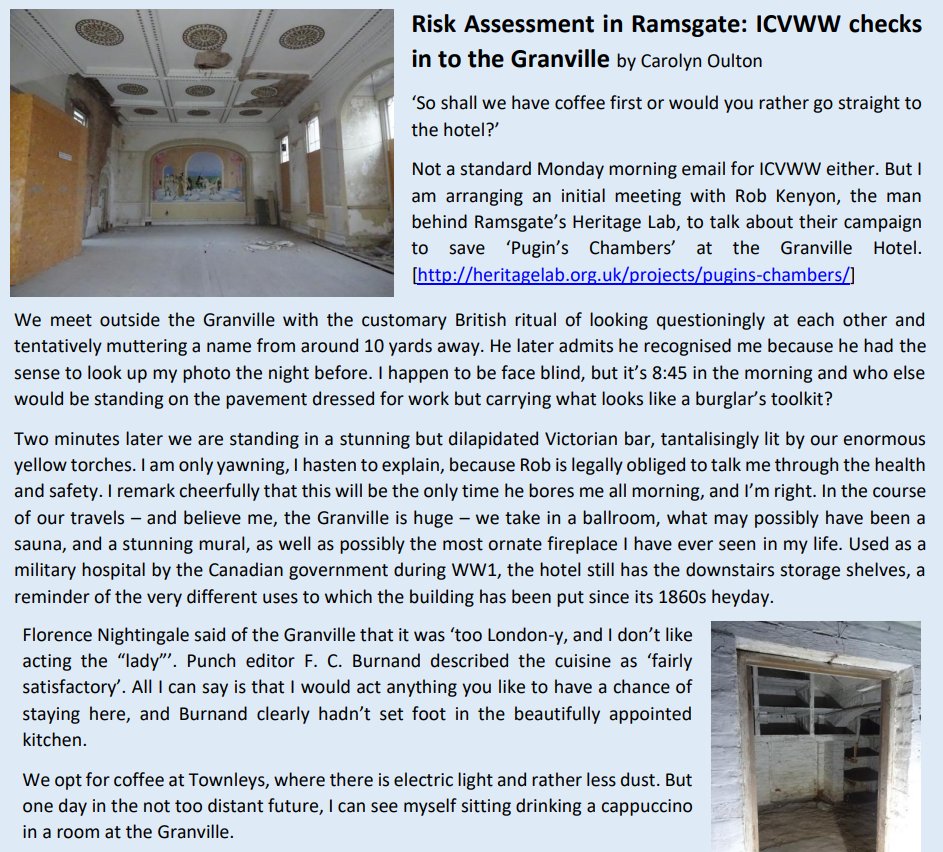