Returning to the maritime theme of a couple of weeks ago for both the late medieval and early modern periods, I thought I would showcase four representations of ships this week because Dr Martin Watts is working on the ‘Maritime Whitstable’ project and I’m intending to start writing an article of Kentish fishing and fishermen very shortly. Having spent the last few weeks in the archives, it is at the stage that researchers go through of trying to make sense of a mass of material. 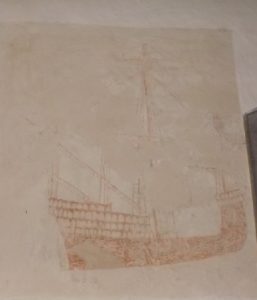 Another lecturer who is linked to the Centre and who has also been in Canterbury Cathedral archives is Dr Lorraine Flisher, although in her case she has almost finished the article she is writing for Dr Claire Bartram’s collection of essays on reading and writing practices in medieval and early modern Kent. Lorraine, as some of you may remember, has worked extensively on the Cranbrook records, and her study for Claire again uses material from this exceedingly rich archive. Claire, again as some of you may remember, is an expert on the literary practices of the county’s Protestant gentry during Elizabeth’s reign. Indeed, she is giving a lecture at the Kent History and Library Centre in Maidstone on Thursday 15 September at 6.30pm. Her title is: “Old books hoarded up in corners”: William Lambarde writing and reading in late Tudor Kent. Tickets at £5 are available by calling 03000 414406 or emailing libraries@kent.gov.uk so if you are interested do get in touch with the Maidstone archives. 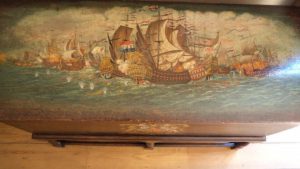 Talking of lectures, the ‘Early Medieval Kent, 800-1220’ conference tickets are continuing to sell well and the number has risen to 75. Also, if anyone is interested, it appears that the Maidstone archives do have a few copies of Later Medieval Kent, 1220-1540 for sale, which is amazing because I thought they had all gone years ago having sold out from Boydell the publishers in under a year. 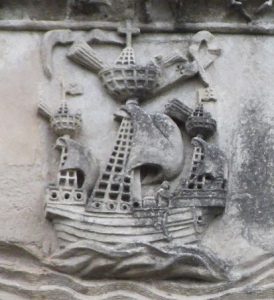 However to return to maritime matters, I thought I would just mention something that particularly struck me as I was working through the 15th and 16th-century probate records. This is the importance and variety of naming practices with regard to fishing equipment. To a degree this is also true of agriculture and was something I met working on different farms around the country in the 1980s, but I think this may be less prevalent today. For example, the most common piece of fishing equipment in the probate records was the net and so far I have found over 30 ‘varieties’ including shot, dredge, tramell, drawe, raigth and norwood, as well as those designated by the species of fish caught: pilcher, herring, mullet, shrimp and even one reference to a ‘porpose’ net. Of course, there was overlap from region to region and many of these nets with regard to their form and the type of fish caught were replicated in the West Country for the same period, but as well as the actual local name there is the importance of dialect and that spelling at the time was essentially phonetic. Consequently, it would be interesting to know, although impossible, but just how did the young Francis Drake find his first days on the Medway where he learnt his seacraft when he came with his family from the Tavistock area to escape religious persecution in the 1550s? Some of Drake’s Devon compatriots did visit Kent regularly, and the Lydd fishermen of Dungeness generally seem to have welcomed the ‘Westermen’ who came annually to fish off the south Kent coast, land their fish locally and were given leave to dry their nets onshore. Such links were presumably less common off the north Kent coast, however the Medway would have been an excellent training ground for the young Drake with its complex channels, currents and other hazards for the unwary. So Kent and fishing go very well together and hopefully the article will progress similarly! 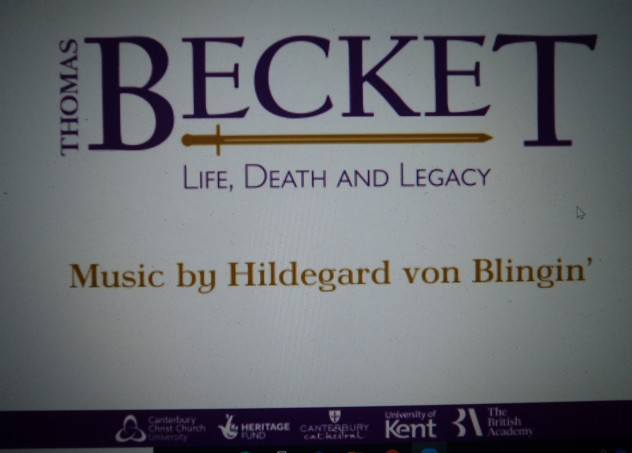