Finding people from the past – Lossenham and Canterbury.

Finding people from the past – Lossenham and Canterbury. 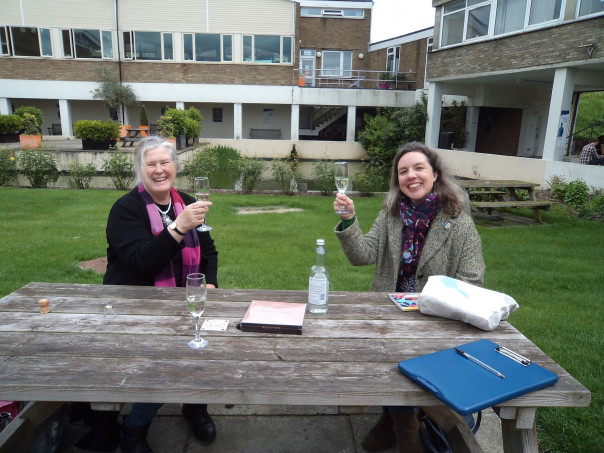 Another milestone – this is the 400th blog!!

Due to other commitments, unfortunately I had to miss the committee meeting on Wednesday this week for the St Dunstan’s church ‘Big Plan’ project that I mentioned in the blog last week. However, the Centre remains committed to being involved with various educational outreach projects at/for the city’s churches. Indeed, it is great that Miranda Owens, who composed as part of her degree some of the St Dunstan’s church educational pop-up banners: the oldest bell; Henry II’s penitential pilgrimage; medieval pilgrimage, is now working on two similar banners for St Peter’s church having successfully completed this September her MA in MEMS at CCCU.

As a matter of collegiate endeavour, I thought I would mention that The Centre for Anglican History and Theology at the University of Kent is holding its 2nd annual lecture on Wednesday 23 November at 5pm, both in person in Grimond lecture theatre 3 and on zoom. The lecture will be given by Professor Alexandra Walsham (Cambridge) under the title ‘The Church in the House: Ecclesiastical History, Social History, and England’s Long Reformation’. All are welcome and for more details and/or the zoom link, please contact j.r.carrette@kent.ac.uk or k.c.fincham@kent.ac.uk who will be happy to assist.

Nevertheless, what I was able to participate in last Friday afternoon was the Heritage Stakeholders’ Day at the University of Kent, organised by the Centre for Heritage and the Canterbury Society. Although not hearing about it until late in the day it was a bit of a scramble. Apart for the three presentations on various aspects of heritage in the county, the purpose was to launch a new Kent Heritage Network, under the leadership of Drs Darren Weir and Sophie Vigneron (Division for the Study of Law, Society & Social Justice) to provide as a first start a network of contact details to help groups find like-minded partners. I’ll let you know what happens as it develops.

Another event that I mentioned last week was the Lossenham Project wills group meeting that did indeed take place at Lossenham last Thursday. Among those in the wills group are several doctoral students: Jane, Maureen and Jason who are also members of the Kent History Postgraduates group. Furthermore, the wills group has similarly recruited one of last year’s MA MEMS students and, as well as Marci, I haven’t given up on the idea of recruiting others! The beauty of this project is that members can work from home transcribing fascinating 15th and 16th-century wills (and inventories) from the Rother Levels parishes and their transcriptions are used to expand the group’s database by Sophie (who did her MEMS MA at Kent two years ago). This great, and ever expanding, resource is and will offer major research opportunities for members of the group to undertake individual and collective projects. If anyone would like to join us, palaeography training will be available again in the spring at the next series of online workshops.

To return to the meeting, having welcomed Alison and Carol as two new members to the group, the next two items on the agenda involved any matters arising about our database – none, it is running smoothly, and deciding on dates for the early 2023 meetings, which then brought us to updating matters on the legacy of our exhibition banners from the September Study Day. Firstly, they are now a temporary online exhibition on the Lossenham Project website at: https://lossenham.org.uk/banners.html until this can be made more permanent with a full introductory page. Please do have a look because they feature in one way or another all aspects of this multidisciplinary project. Similarly, if you know of others who would be interested, please do pass on the web address, and many thanks. Secondly, five of the banners had an outing as a small exhibition on wills as research resources as part of the Medway History Showcase at the Royal Engineers Gillingham a month ago where they attracted attention from those at the History Day and from those just visiting the museum. For a report on this day, see: https://blogs.canterbury.ac.uk/kenthistory/canterbury-and-medway-bringing-history-alive-in-kent/ Thirdly, the idea is that members of the wills group and associated members of the project can similarly borrow a few banners to display at events as a mini exhibition. Consequently, people are now going away to think about this and any other possible openings.

Keeping with the idea of where the wills group might go next, we decided that keeping on working on the probate materials must remain our key objective but expanding into other types of documents should not be discounted. We felt a Study Day every other year might be feasible. In the meantime, we might look to produce a small online booklet of say five articles, each up to 5000 words, based around people’s specific research interests. This would be in addition to short articles wills group members might write for the project’s monthly newsletter.

Another avenue that looks potently exciting is to work with Tenterden Museum for the Museum’s 2024 exhibition. Sue H explained all about what they intend for next year and the year after, and the focus on probate materials, standing buildings and material culture sounds ideal, especially because Sue and Celia have been working on this and adjoining parishes already. In addition to the wills and inventories, we can help by looking for additional primary sources, which means deeds, leases, estate maps and church court depositions.

Moving on to other business, Sue M has discovered a very useful glossary of terms found in probate materials from the Midlands and, while there are regional differences, this is a very handy addition to our expanding resources. Indeed, Sue’s growing collection of words from our primary sources is a great asset, which is equally valuable.

Celia had recently been working on a very interesting clothier’s inventory which included a great deal of cloth from his shop, as well as several other commodities. This provoked a considerable discussion about the range cloth available and what the other commodities might have been used for, as well as who might have been interested in buy them. Thus, we had a highly productive and enjoyable meeting, and the group is continuing to make excellent progress.

Just as an extra, I thought I might mention an article I have recently submitted and keeping with the idea of individual lives finish by offering snapshots of two men who came to Canterbury from abroad in the 15th century. This article for the Kent Archaeological Society’s next essay collection on ‘Migration in Kent’, edited by Dr Elizabeth Edwards and Professor David Killingray, draws on national records through the AHRC-funded ‘England’s Immigrants, 1330–1550’ project with its searchable database and the local, mainly civic, records from Canterbury. I mentioned I was working on this article back in the summer when I gave you Gylkyn Goodkynght, a cap maker, and this time I thought I would offer you a skinner and a cobbler, both the clothing and leather industries being extremely important in the late medieval city.

Gerard Skynner was a Fleming and during his time in Canterbury he successfully enhanced his status from annual licence fee payer as an intrant to becoming a freeman. He worked as an intrant between 1422 and 1427, the common clerk using his trade as his surname. At first the clerk recorded his status as a Fleming which marked him as an alien legally, but in the last year the clerk seemingly knew him so well that he didn’t bother. Just over a year later he paid 20s to become a freeman, the clerk continuing to record him in the chamberlains’ book as Gerard Skynner. He presumably continued in business within the city, perhaps marrying a local Canterbury woman because thirty-two years later his son John is listed as a Canterbury freeman by birth.

At about the same time, James Andrew was noted in the central government records as an alien in 1436, 1440 and 1441 and his place of origin was listed as Delft, being classified as a Hollander. Whether he had arrived in Canterbury in 1436 is unknown, but that year the common clerk recorded him among the intrantes as a cobbler but did not mention his alien status, but then he didn’t record anyone as a foreigner. He may have lived and worked in one of the small lanes in Westgate ward and his business seemly prospered because having paid 6d as a fee this first year, the fee had risen to 6s 8d in 1442. Although it dropped the following year to 4s and continued at that level until 1449, it still points to his remaining successful, but what happened after that is unknown. Such a disappearance from the records is pretty common, albeit frustrating, but even if it is only a brief snapshot of someone’s life over 500 years ago, it does show that with some digging in the archives, it is possible to recover the lives of not only the ‘great and the good’, which is excellent for those interested in the lives of ordinary people.

2 comments on “Finding people from the past – Lossenham and Canterbury”