Stop press: the CKHH is given one of the two runners-up awards in the ‘Outstanding Contribution to the Community’ category of the CCCU’s Staff Recognition Awards 2020/21. So well done Drs Diane Heath and Claire Bartram for a great team effort.

Keeping with these Awards, the Centre was praised for the variety of events and activities it had provided over the last year, including the lunch-time lectures that had featured recently successful doctoral students from CCCU and the University of Kent, its international online Tudors and Stuarts History Weekend 2021 that had attracted world-renowned scholars as speakers, and its weekly blog that has been viewed almost half a million times. Of course, the Centre has not stopped there and this academic year has already seen the week of lectures in Canterbury churches on ‘Kentish Saints and Martyrs’, this Saturday members of the Centre with student volunteers and Penny Bernard from Diane Heath’s ‘Medieval Animals Heritage’ NHLF project will be at St Paul’s church as part of the Medieval Pageant, and then next week will be the first three lectures and guided walk for the Canterbury Festival, to be followed in the week after by another three lectures and walk. For those who would like to attend online these six talks, please see all the links in last week’s blog: https://blogs.canterbury.ac.uk/kenthistory/canterbury-festival-lossenham-and-maritime-kent-looking-forward/ Moreover, and fingers crossed, Maritime Kent through the Ages will have reached the CCCU Bookshop – it is said to be with the distributer – which will be absolutely brilliant and a considerable relief!

In addition, next week will be the fortnightly meeting of the Kent History Postgraduates and it will be Jane’s presentation on the early charters of Tonbridge Priory that had to be postponed in September. The group has expanded this year with a further three members which is excellent, and Pete has now started his doctorate which means he has remained a member of the group.

Although much further into the future, that is in 2022 things are shaping up well for the Medieval Canterbury Weekend 2022 which will be from the evening of Friday 29 April until mid-afternoon Sunday 1 May. Among the confirmed speakers are Professor Mark Bailey from UEA, Professor Caroline Barron from Royal Holloway and Dr Marc Morris, who I am sure is well known to many of you, not least because of his very successful new book on the Anglo-Saxons. We will also be welcoming a member of ‘The People of 1381’ AHRC-funded project to speak at the History Weekend, and such a topic seems totally appropriate for Canterbury considering the city’s involvement in the Revolt, and, of course, that Archbishop Simon Sudbury is buried in the cathedral, that is all bar his head which is at Sudbury. We will have our guided tours again as well and these are in the process of being set up, so more on those later, but they will include Canterbury Cathedral Archives & Library, St Mildred’s church and Eastbridge Hospital.

Furthermore, the Centre’s involvement with the Lossenham Project continues and as well as a meeting at Lossenham in a fortnight by the wills group, the digitization of the wills and inventories from nine Canterbury diocesan parishes in the Rother Levels area has started this week at the Kent History and Library Centre thanks to a grant from the Janus Foundation. This will be a major advance because it will provide probate materials of those further down the social scale than the PCC wills, albeit these have proved very useful in part because the Rother Levels straddles the diocesan as well as the county boundary. Thus. as well as the continuing research activities linked to the wills, it may be feasible to branch out into other records for more documentary winter workshops for the project – watch this space.

Finally, because I’m off to visit the Maison Dieu at Dover tomorrow, I thought I might mention the penultimate master who was probably one of the most respected men in early 16th-century Dover. For not only was Sir John Clerke master of this pilgrim hospital, but he was also appointed as one of the wardens in charge of the Dover harbour works in 1518. Moreover, he seems to have viewed this work as an act of charity on the town’s behalf because the town owed him money from the first year of his appointment and he was prepared to allow part of the premises of the Maison Dieu to be used to store materials for the town. He also contributed from his own purse, providing the use of his horse and cart with the labour of three men to help in this work. Such commitment was to a degree recognised through the bequests he received, such as a silver goblet from Giles Love of Dover in 1518, and three years later a standing cup of silver with a cover from John Williamson of Canterbury. Nevertheless, when a sick man in 1533 he realised that such personal renown could not help the hospital, for he commented that the crown coveted the appointment of the mastership ‘for it [the hospital] is named very rich’. Such a premonition was justified as Thomas Cromwell chose the new master, marking what might be seen as the beginning of the end for the Maison Dieu as an institution that had cared for pilgrims for more than 300 years. However, at least to a degree the medieval building survives and the whole complex is now undergoing a fantastic refurbishment to give it another lease of life in the 21st century. 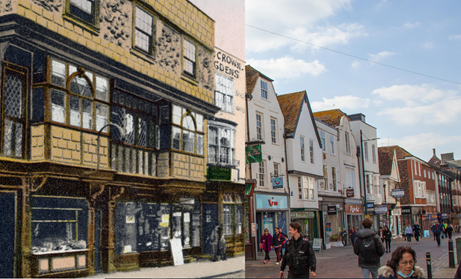 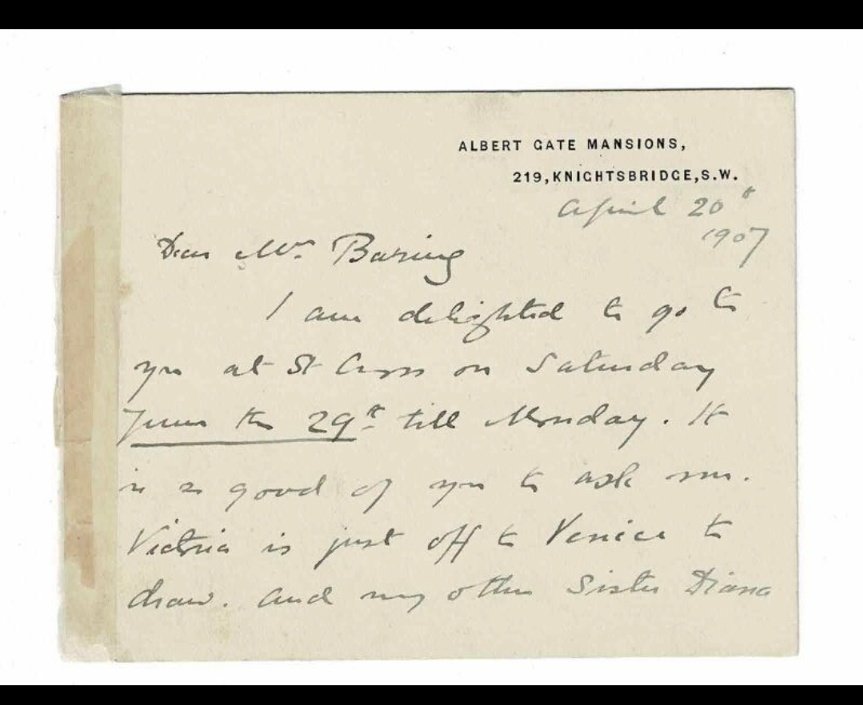