How will Covid-19 affect our high streets?

How will Covid-19 affect our high streets? 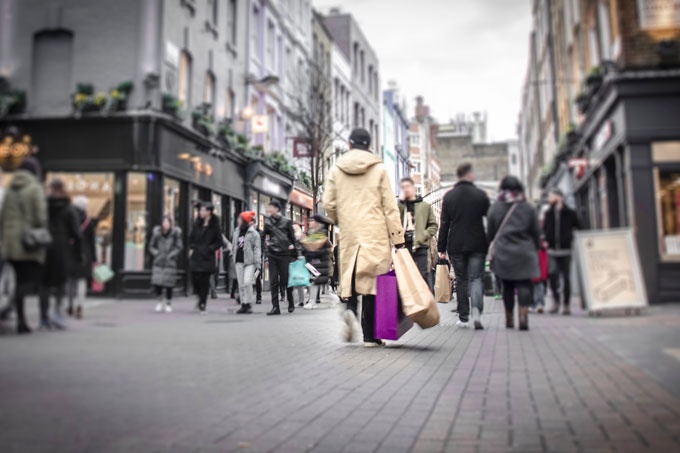 Dr Jake Monk Kydd looks at the problems that have affected our high streets and how they will cope now.

UK High Streets have been under pressure for well over ten years. With the majority of us in ‘lock down’ in response to the Coronavirus the high streets are the most deserted they have ever been. The viability of the high street, already struggling, is facing its sternest test.

It can be argued that the notion of the traditional high street started to disappear as early as the 1970s. The rise of ubiquitous chain shops with their familiarity and cheap goods led many to believe that our high streets were becoming anonymous and interchangeable. For many people on a shopping trip this didn’t matter; they knew what they wanted, and they knew where to get it.

From the 1980s the shoppers and the chain stores found an alternative destination away from the often crowded and poorly presented high streets, exposed to the changeable weather and expensive parking. The rise of the shopping centre, most of all the out-of-town shopping centre was something new, and something worth travelling to. Once there, they were not only exposed to a bewildering choice of products, but the comfort of shopping indoors with cafes, restaurants, cinemas and other side shows – all with ample, free car parking too. All they had to do was spend.

With spending comes the biggest change. Online shopping has its roots in the 1990s. By the 2000s we saw the emergence of companies such as Amazon, eBay and Paypal. It should not be overlooked that many high street companies joined this on-line trade. Each sale on-line means fewer sales on the high street, or in Bluewater and those out-of-town centres.

The financial crash of 2008 saw a major blow to the high street. There was a time when discount stores were only for those with a limited budget but the 2008 crash changed that and the effects are still being felt. Shopper attitude and behaviour changed, now people will shop in both Waitrose and Lidl on the same trip, something that was unheard of before.

Shoppers, fuelled by a want to save money flocked to stores that traded on price, and often on their fashion appeal. On the high street the new kings were Primark, Zara and Sports Direct. Old favourites like M&S and Debenhams faded, while the likes of BHS and Woolworths died. The demise of Woolworths after its 98-year reign should have surprised no one. The insipid stores with the uninspired merchandise had consistently failed to draw shoppers. With internet shopping fuelled by tablets and smart phones the drift from the high street became an exodus.

In 2019, before the lock-down, even some of the once popular out-of-town centres were facing bankruptcy. Coronavirus hasn’t caused this, but it will hasten the demise of the weak traders, and impact the high streets further. The high streets of the 1960s and 1970s were never coming back, what we must do is to re-imagine them for post-corona times.