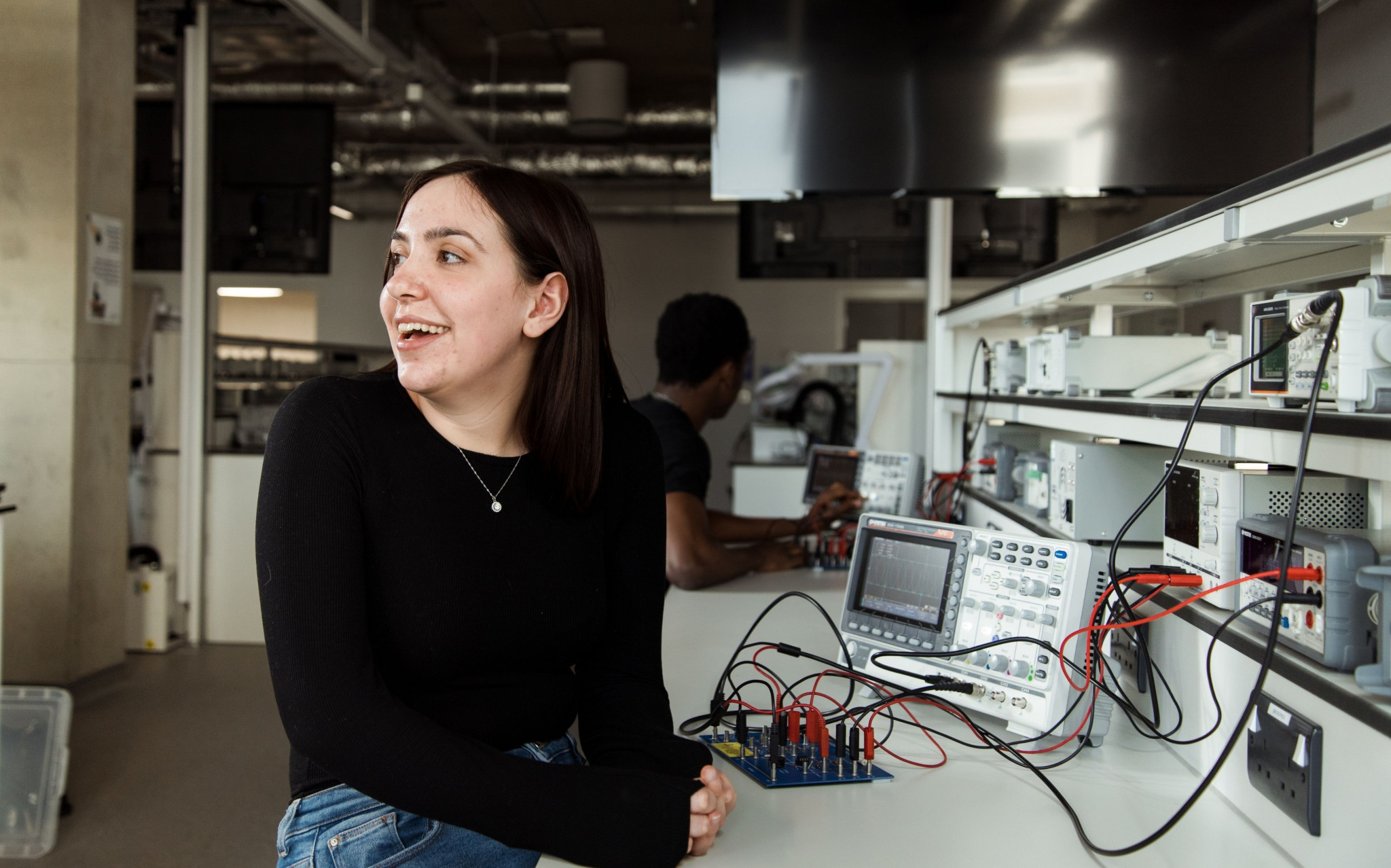 As the old saying goes, not all heroes wear capes and in engineering terms, women from around the world have been delivering engineering heroics throughout the years. Female engineers have gained a bigger profile more recently thanks to their work during the pandemic, wither everyday heroics helping to save lives and livelihoods.

Another of our female engineering heroes, Deputy Vice-Chancellor Professor Helen James, has recently been awarded an OBE for services to Higher Education. In particular, for championing women and diverse students into science and engineering, as well as helping those from disadvantaged backgrounds to access Higher Education, both regionally and nationally.

We have another female engineer hero here at Christ Church whose impact is still being felt. Verena Holmes was a true pioneer for women in the engineering sector and who we named our brand new, multi-million-pound flagship building after. Recently opened we can’t wait to welcome the next generation of engineers through its doors to learn the skills that helped its namesake create such impact.

But who was Verena Holmes – our female engineering hero?

Born in 1889 in Ashford – just down the road from our main campus – Verena Holmes entered a man’s world. Women didn’t even have the right to vote, so the idea of taking up a career in engineering was incomprehensible. But after leaving school the First World War brought a life-changing opportunity.

Holmes worked making propellers – engineering on a practical level – and took classes at Shoreditch Technical Institute. Undertaking an apprenticeship in form-fitting and drafting alongside studying for a BSc(Eng) degree at Loughborough Engineering College would put the most driven students today to shame, but Holmes did both, graduating in 1922. Oh, and along the way – in 1919 – she set up the Women’s Engineering Society alongside Caroline Haslett and Claudia Parsons.

She was a dab-hand at not only wielding a spanner, but also in the design of locomotive and marine engines. She ended up holding patents for twelve inventions of her own design. Through this innate ability, as well as no shortage of tenacity, Holmes became the first woman member to be elected to the Institute of Mechanical Engineers in 1924.

During World War Two, she worked on naval weaponry and became adviser to the Minister of Labour, Ernest Bevin, in 1940 and was influential in setting up the Women’s Technical Service Register in 1942. This was a training course which helped educate women munitions workers during the conflict.

After the war she founded her own engineering firm and continued to champion opportunities for women in engineering, dying in 1964 having permanently changed the face of the discipline and the place of women within it.

As you can tell, we’re slightly in awe of Verena Holmes’ achievements, and through our staff, facilities and continuing celebration of all women in engineering, we hope to empower future generations to achieve success like she did.

If you want to get involved in International Women in Engineering Day 2021 and share your female engineering heroes, jump over to Twitter and use the hashtag #INWED21. The official INWED website has lots of resources to help you get involved – and don’t forget to tag us so we can share your posts!