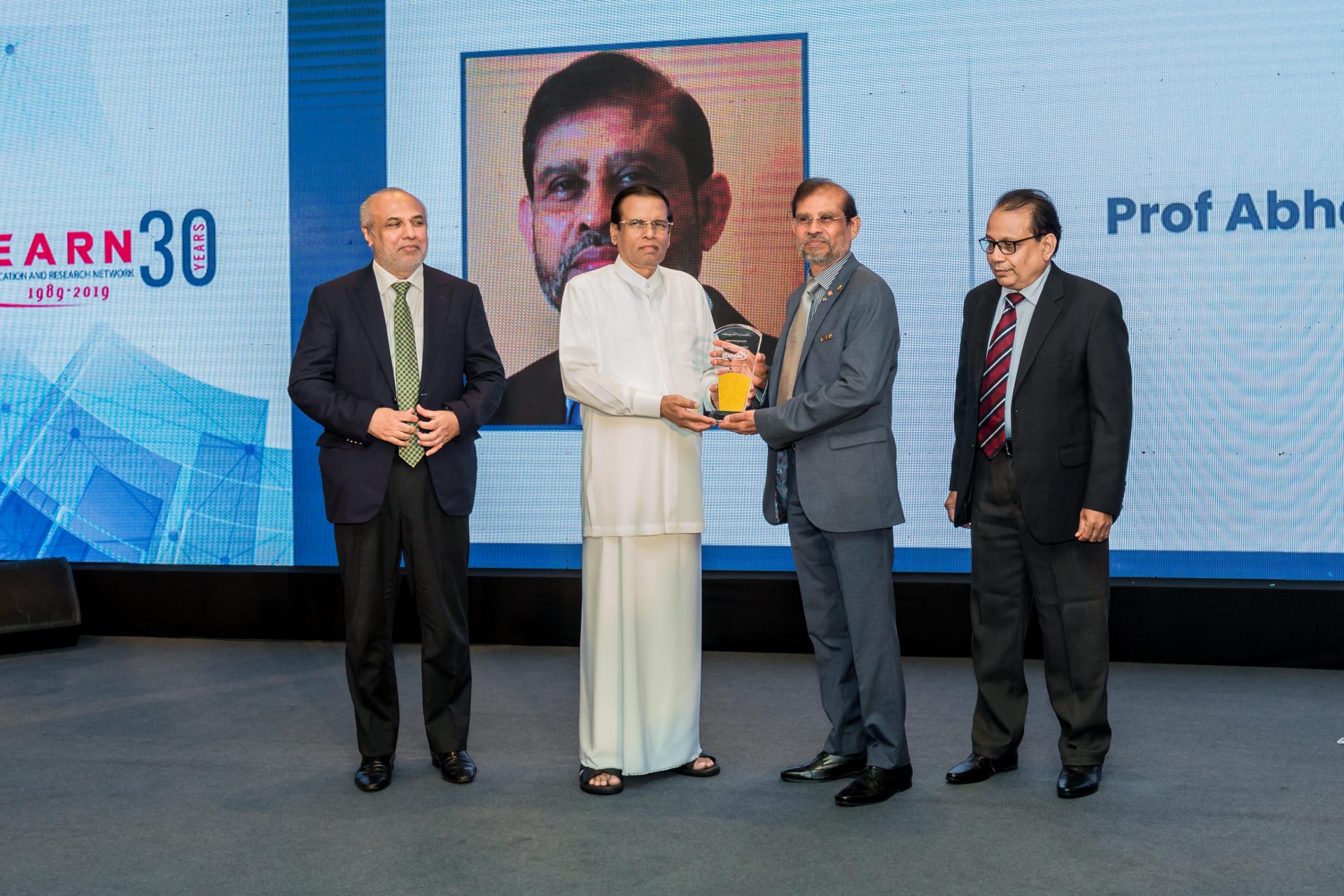 Canterbury Christ Church University Director of the Cyber Innovation Hub, Dr Abhaya Induruwa was recently presented with the Lanka Experimental Academic and Research Network (LEARN) Founder Award for pioneering LEARN and ​Internet in Sri Lanka. The award was presented to Abhaya by His Excellency ​Maithripala Sirisena, the President ​of Sri Lanka, on 7th October 2019 at the Shangri La hotel in Colombo, Sri Lanka.  ​

The award was presented during the 30 year anniversary celebrations ​of LEARN and ​recognises Abhaya’s leadership in the creation of academic and research networking infrastructure in Sri Lanka.

LEARN was originally proposed to the government of Sri Lanka in 1989 by Abhaya through the University Grants Commission and Ministry of Higher Education, Science & Technology. The proposal was for a network that would connect every university and research centre in the country. At the time the Internet did not exist ​in Sri Lanka and networked computing was still in its infancy, however in 1990, under the leadership of ​Dr. Abhaya Induruwa, the Lanka Experimental Academic and Research Network was created, which ​today connects more than 75 universities and research institutions in Sri Lanka.

In 2014, Abhaya was inducted to the Internet Hall of Fame, an honorary lifetime achievement award administered by the Internet Society. He has also previously received a Lifetime Achievement Award by Sri Lanka Telecom,  “in recognition of the yeomen contribution he has made to the computer education sector and data communication industry over the years by pioneering ICT education and by playing a pivotal role in the deployment of the Internet in Sri Lanka”.

If you would like more information about the work of Dr. Abhaya Induruwa, details can be found on the CCCU Computing blog at https://computingcccu.wordpress.com.