The winner takes it all

‘Well done darling! You did brilliantly.’ As summer term draws to a close, parents get to enact the timeless rituals of sports day. Cheer, take photos of a sprinting child and celebrate success. The chance to shine in front of the whole school, and mums and dads too. A good thing, no?  Rolling up to my own children’s sports day this year though, my eye was distracted by the other end of the proceedings: the kids labouring in while the winners were posing for pictures. I swear they were pretty much the same kids who brought up the rear last year. In fact, I know they were. What, I wondered, is the benefit of sports day for them?

Before I get bracketed as an anti-sport, anti-competition party pooper let me just clear up a couple of things. I like sport. I think PE has its place and should be compulsory and extensive. Also, after a football-dominated youth in Scotland, I’m in favour of PE being as varied and creative as possible. Swimming, athletics, lacrosse, tight-rope walking: bring them on and engage the widest range of children possible. I also like competition. Physical activity can go on without it, of course, but something is definitely lost. Plenty of kids like competitiveness too; trying to stop it is like asking the wind not to blow.

In attempting to unpack why the thought of the kids who regularly lose troubled me so much, I realised it was because they had been made to compete. No choice was offered, even though (very public) defeat felt inevitable. As well as being harsh, this is inconsistent with the way we manage other extra curricula activities. We don’t compel all kids to sing a public solo and we don’t make it even worse by turning that into an X-Factor style competition. Why then do all children (in my experience at least), have to annually run, jump and carry eggs in spoons in a community spectacle? Is there is value in compulsory humiliation?

A rapid straw poll of fellow parents suggested polarised views about sports days. Many I asked hated the whole thing. By way of explanation they usually added a rider about their own school sports scarring them for life or putting them off physical activity for decades. They clearly weren’t the people I needed to talk to. The more positive ones (including a teacher or two), spoke in terms of learning to win and lose and of turning defeat into a better result next time. It’s important that kids participate they said, otherwise they’ll lose interest. Wasn’t the battle of Waterloo won on the playing fields of Eton? OK, no-one mentioned Eton or Waterloo, but they were there in spirit.

While I’d dismiss the notion that public ignominy is character building right off the bat (to use a sporting idiom), I’m intrigued by the notion that defeat can spur you to better results and the idea that it might stimulate your interest in sporting competition. I began to wonder whether psychological theories might throw some light on the matter.

Behaviourism, and its founding father B. F. Skinner, have been out of vogue for few decades. However, what Skinner did supremely well, perhaps better than any human being before him, was to describe how rewards and punishments keep us doing some things and make us stop doing others. Here are three basic behavioural principles with some thoughts about how they apply to school sports days.

The formal way of referring to a reward in behavioural theory is as a ‘positive reinforcer’. That is, something that makes the behaviour you want to increase more likely. Sports days are a great example. Child wins race (or jumps highest or longest) or simply enjoys the activity or the spectacle. Any of these factors might be rewarding enough to make sure the child engages in sport again.

This is the type of reinforcement that has confused generations of psychology undergraduates. Stay with me though as once you understand it you’ll realise we apply it all the time. This occurs when a behaviour (for example a child taking out the rubbish) is followed by the removal of an aversive stimulus (such as nagging by exasperated parents). When people suggest losing at sports day is a motivator this, though they may not realise it, is what they mean. Being stung by loss into doing better worked for Lance Armstrong for instance, who hated losing so much that he was willing, as we now know, to go to extreme lengths to win. The more I think about it though, the less convinced I am. My own education was full of teachers who used this tactic, and I’m not aware that it ever motivated me to do anything. The wish to get rid of the feeling of humiliation at losing may be strong, but the obstacles to changing losing behaviour for an un-sporty kid may also be huge. It may work for some but I suspect that, for most, the bad feelings will invoke another key behavioural process, namely…

Doing something that produces an unpleasant result means you don’t do it again. For applications see prison, torture, war and much of the rest of human history. In the case of sports day I worry that coming last over and over again essentially gives the message that sporting competition leads to feeling awful. The most likely outcome of this is to decrease participation in sport or competition or group activities or perhaps all three. If you’ve volunteered to be in a race there may still be the pain of losing but there may also be compensations (joy in the activity, feeling good about volunteering etc). It’s harder to see these at work when you haven’t volunteered. Those parents who declared themselves ‘scarred’ or ‘put off’ were describing the effects of punishment.

When you break it down, the notion that losing in a compulsory sporting event is beneficial is tenuous at best. The risk of this having the opposite effect from the one intended (i.e. participation and interest going down rather than up) seems quite high. So why do we go on putting kids in this position? The more I think about it, the more it puzzles me. Do teachers genuinely think it’s for the best?

When the children in my kids’ school put on a play not all of them want to go on stage. The ones who don’t want to perform do the props, lighting and all the other backstage jobs. It seems to work fine. In that spirit I’d like to propose a different kind of sports day: one with proper competition sure, but where children actually opt in to the events. And the children who don’t want to participate? Well, what if they simply don’t? They could be referees, or scorers or just part of the crowd. Would that be so terrible? Would we lose the spirit that built the Empire? Or would we instead offer a more caring and humane experience of school?

John McGowan is Academic Director at the Salomons Centre for Applied Psychology. You can follow him on Twitter @CCCUAppPsy. 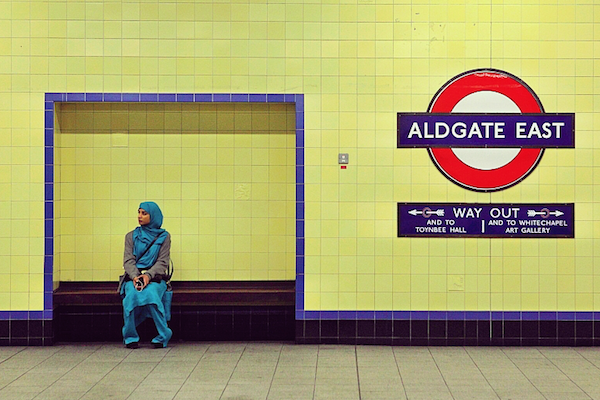