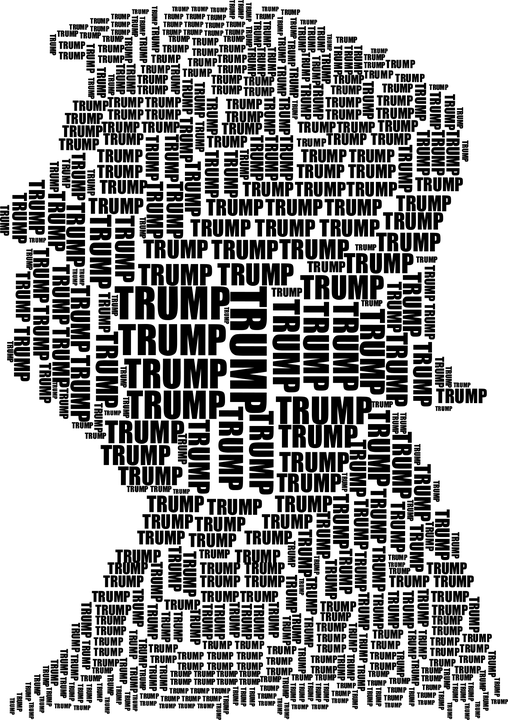 Someone asked me what I thought about Donald Trump the other day. I was about to give a fairly obvious reply when the earnest tone and questioning look made me pause. As the penny dropped I realised I wasn’t being asked my opinion as a person, I was being asked what I thought as a psychologist. Did I think the US president was mentally unwell and thus not fit for the office he holds?

POTUS’ mental health has been attracting attention since the campaign. But it was after the US woke up to a Trump presidency on November 9th 2016 that things really got going. In a letter to President Obama in December (reported in the Huffington Post), three psychiatry professors asked for a ‘medical and neuropsychiatric’ evaluation of the then president-elect. This was followed by a welter of similar concerns including: a letter to the New York Times signed by 35 psychiatrists, psychologists and social workers; a petition on Change.org signed by more than 57,000 mental health professionals, and even a congressional proposal to have a White House psychiatrist.

The main diagnosis mentioned is ‘Narcissistic Personality Disorder’ from the DSM, the main manual of psychiatric classification in the US. You might be able to see why this has been a popular label. ‘Antagonism’, ‘grandiosity’, ‘attention seeking’, ‘impairments in empathy’ and a ‘sense of entitlement’ might be your conclusions too after a brief appraisal of the president’s Twitter feed. I appreciate how tempting it is to make such a diagnosis. It really may seem obvious. However, there are three areas where offering a clinical opinion, even of a controversial figure like Trump, gets sticky: ethics, accuracy, and the extent to which it is helpful. For anyone.

So is this armchair (or keyboard) diagnosis ethical? For psychiatrists in the US the official answer is ‘no’. Recently there has been much angsting about the so-called ‘Goldwater Rule’. This is the informal name for a section of the American Psychiatric Association’s ethical code, which precludes this kind of public pronouncement without direct knowledge of the case and without the consent of the person concerned. Appropriately enough this rule emerged from the 1964 Presidential campaign when US psychiatrists gave a similarly remote opinion on Republican presidential nominee Barry Goldwater. The authors of the letter to President Obama were clear that they were not actually diagnosing from a distance, but really this seems something of a fig leaf covering an ethically questionable stance as the hints they gave as to their opinion were heavy. The Goldwater Rule does not place any restriction on a psychiatrist expressing an opinion about particular politicians or policies. Neither does it stop them from discussing issues related to mental health more generally. However, there is big jump from that to speculating about formative experiences, subjective distress and other matters that you don’t have direct knowledge of.

And it’s not just explicit rules that come into play. While UK codes of conduct (e.g. from The Royal College of Psychiatrists, The British Psychological Society and the Health and Care Professions Council) don’t have a ‘Goldwater’ clause, they do contain references to respect, competence and the avoidance of harm to those who use health services. It’s hard to see how effectively weaponising your clinical opinion can be justified within these frameworks either, especially as the intention does actually seem to be to cause some kind of harm – to Trump’s career at the very least. It may be of course that these clinical opinions have been offered in a respectful and helpful spirit, in which case I stand corrected.

Some might of course answer to this ethical criticism by saying that the institutions and freedoms of the a country, the world even, are facing an existential threat. Screw the niceties! Some mental health professionals have asserted that it’s not only their right but their duty to call things as they see them at such a moment. When their country is threatened people have, after all, done a lot more than violate their professional codes. So, if the shoe fits…

Does it though? Are these clinical judgements accurate appraisals of the President’s functioning? Maybe, but a significant problem with mental health judgements is that they are somewhat subjective. One person’s depression may be another’s sadness, and professionals often don’t agree. Taking the DSM categories as an example, agreement between clinical practitioners after a clinical examination varies hugely according to the particular diagnosis being applied. While using highly structured assessment tools improves this somewhat, going the other way and relying on CNN, social media, and a good dose of partisan feeling, is not likely to produce the greatest reliability and accuracy. Dr Allen Frances, the editor of the fourth edition of the DSM, is one of the most prominent dissenters from public statements about Trump’s mental health. He suggested in his his own letter to the New York Times that efforts to diagnose the president were so poor as to amount to little more than ‘psychiatric name-calling’. Of course, as professionals we all may feel our own judgement is unlikely to be skewed by personal feeling, but this risk of bias is very good reason for observing the Goldwater clause. Just in case we’re wrong.

However, let’s say for a moment that we can get over any ethical scruples, put our prejudices to one side and make an accurate and reliable clinical diagnosis. Even from a distance. Let’s say, just for now, that we accept President Trump has a serious mental illness and we agree what that is. Where does that leave us? Well perhaps no more informed we were. Do the clinical opinions offered simply tell us any more than we already know? The President is antagonistic and attention seeking! I think many people may feel that they have worked that out.

An especially relevant issue with mental health diagnosis is that it may have very little to tell us about a person’s competence either. We’ve established that those doing the diagnosing may have no more data to draw on than the rest of us, but also the diagnosis doesn’t say anything about whether qualities such as antagonism or grandiosity make him bad at his job. Some of us may think they obviously do, but others might argue that some of his attributes are more common in authority figures than we might think. Perhaps they may even be necessary for some kinds of leadership? A diagnosis of Trump may be no more or less informative when it comes to competence than the mental health labels retrospectively applied to Churchill or Lincoln.

It’s also been pointed out by many people that, as well as being relatively uninformative, using diagnosis in this way is actually stigmatising for people who are struggling with mental health problems. Is this because they are being associated with Trump? Well that may be unpleasant for some, but a more important reason is that offering a mental health problem as a reason why a person cannot perform may leave someone who is struggling not to be defined by their diagnosis in an even tougher spot.

Of course what is being sought in all of this is a way of stopping someone because of serious concerns about his ability. Will someone step in and remove him please? In an ordinary job being judged as not up to it can be relatively straightforward. The person concerned might have a manager and an organisation may have policies around this kind of thing. The idea of such policies is usually, partly, to support employees to do better but also to protect the people they serve when they do not do their job adequately. What on earth do we do though if we think a head of a government isn’t up to it? Who judges someone with no superiors? Who guards the guards? It’s an age-old problem. ‘Performance issues in great ones must not unwatched go’ as Claudius might have said of Hamlet in a more PC version of medieval Denmark. Concerns over how to deal with kingly incompetence ran through the whole of Shakespeare’s history plays starting with the overthrow of Richard II. He was a poor king but was there a legitimate way to get rid of him? That question underlies the two parts of Henry IV and the dramas of the corrupted body politic that followed.

The Plantagenets largely solved capability worries via swords and bloodshed. These days we have elections. So, if a head of government has a boss it’s surely us. That is if we can agree sufficiently to replace one leader with another. The results of elections can be tough to swallow, though, when we can’t agree and our fellow citizens vote for the wrong person. If we can’t usefully pathologise our leaders we may have to turn our attention to our compatriots who messed it up. I mean Trump! Who on earth voted for him? They clearly need their heads examined!

11 comments on “Saying Donald Trump is mentally ill is unethical, inaccurate and unhelpful”